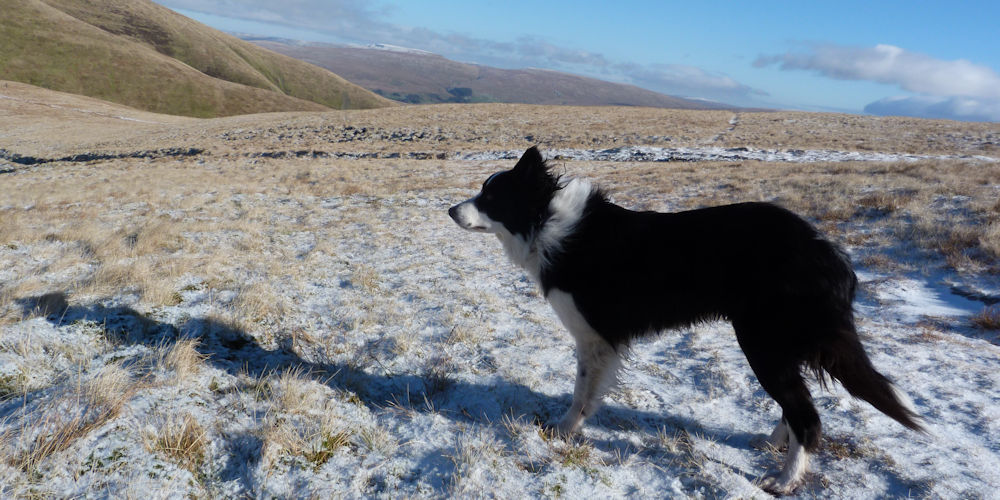 Home > A walk in the Howgills

A walk in the Howgills

Its about time the master got his act together. After weeks and weeks of complaining that it was too wet/too misty/too muddy we at last got out on a proper walk.

It was great (the master used other adjectives which were nice words he never seems to use on me) but a bit nippy on the paws.

The only problem was we did not sop enough for snacks…apparently it was too cold!

Here is the day in pictures although he has added a couple which do not feature me….which is very strange.

The climb up Winder, didn’t seem steep to me

Good views he said, I thought lets get moving

Come on, stop being so slow

Now we have stopped, where’s the grub

He said this was the highest point….so what

‘Admiring the view’ but whats the point

Not really at my best but he looked worse

Surely we should do this every day