Home > All downhill for footpaths?

All downhill for footpaths? 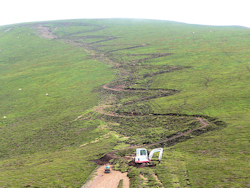 There is little doubt that forthcoming cuts within councils and National Parks are going to mean a deterioration in the upkeep of public footpaths and bridleways. Particularly within local Councils you cannot escape the feeling that it is an easy thing for them to cut, whether taking out personnel or more likely re-prioritising their work load. In some ways it is understandable, after all ‘it is just for people who are out walking whereas cleaning streets, emptying rubbish is much more important to our local population’. National Parks may be more inclined towards protection; footpaths after all being one of  the keys to their primary business of attracting visitors. Volunteers do the majority of the leg work for erosion control and path maintenance and , although they need management and an element of cost in raw materials and transport, I am sure it is something they can protect at least to a satisfactory level. 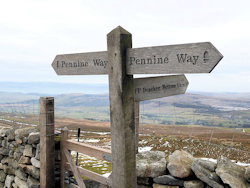 Various figures get banded about when looking at protecting public paths and their value to the economy, I think it is actually extraordinarily difficult to pin these down to any useable number but as a reference point there are 140,000 miles of footpath in England, mainly public paths and bridleways which are the local council’s responsibility to upkeep. A fine summary of what is a public footpath, what is permissive and what we as the public are allowed to do can be found by clicking here on the Ramblers Association site. The Ramblers Association have predicted a 40% cut in the public footpath maintenance budget and the harm this will do to the local and national economy which is estimated to employ 1/4 a million people and have a value of £2billion a year. They see a sharp reduction in walkers if these cuts are allowed to go ahead. 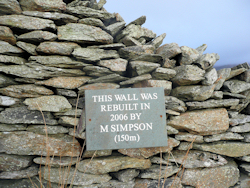 I am not so sure, certainly in the short term.  For a start holidaying in the UK has increased in popularity significantly in the last few years so numbers are up and frankly they will walk because that is what people do in Britain (if not going to the seaside). With times hard and costs and hassles on going overseas increasing this is liable to continue. A deterioration in some local paths will not really effect this. Ask yourself this – have you ever not travelled anywhere because you are worried about the state of a footpath? Probably not or known anyone who has. However footpaths will become over grown, stiles will fall in to disrepair on the less popular paths whilst erosion will increase on those more popular.  The walking experience will simply become less pleasant and over time less people will want to do it. Bad for our health and bad for local economies. The trouble is this is long term so nothing will be done. As I said at the beginning footpaths are sadly an easy, quick win (lazy) target for the authorities and long term planning for the long term good of the area is an irrelevance to anyone in power who holds the purse strings.

The answer; keep walking the less popular paths, make your own repairs when a path is overgrown or in a case near here sliding in to a river (if challenged by anyone just say you are authorised to do it as part of the Big Society), avoid the most popular routes on eroded fells but most important keep up pressure on the local authorities if a landowner is failing in his obligation to keep a path in good repair, or stuck a dodgy looking bull on it!

Click below to see older blogs on the Mountain Rescue Teams, the Where2walk challenge and walking the Coast to Coast.

A guide to the highest 30 mountains in the Dales. Free Postage. Exclusive to Where2walk.