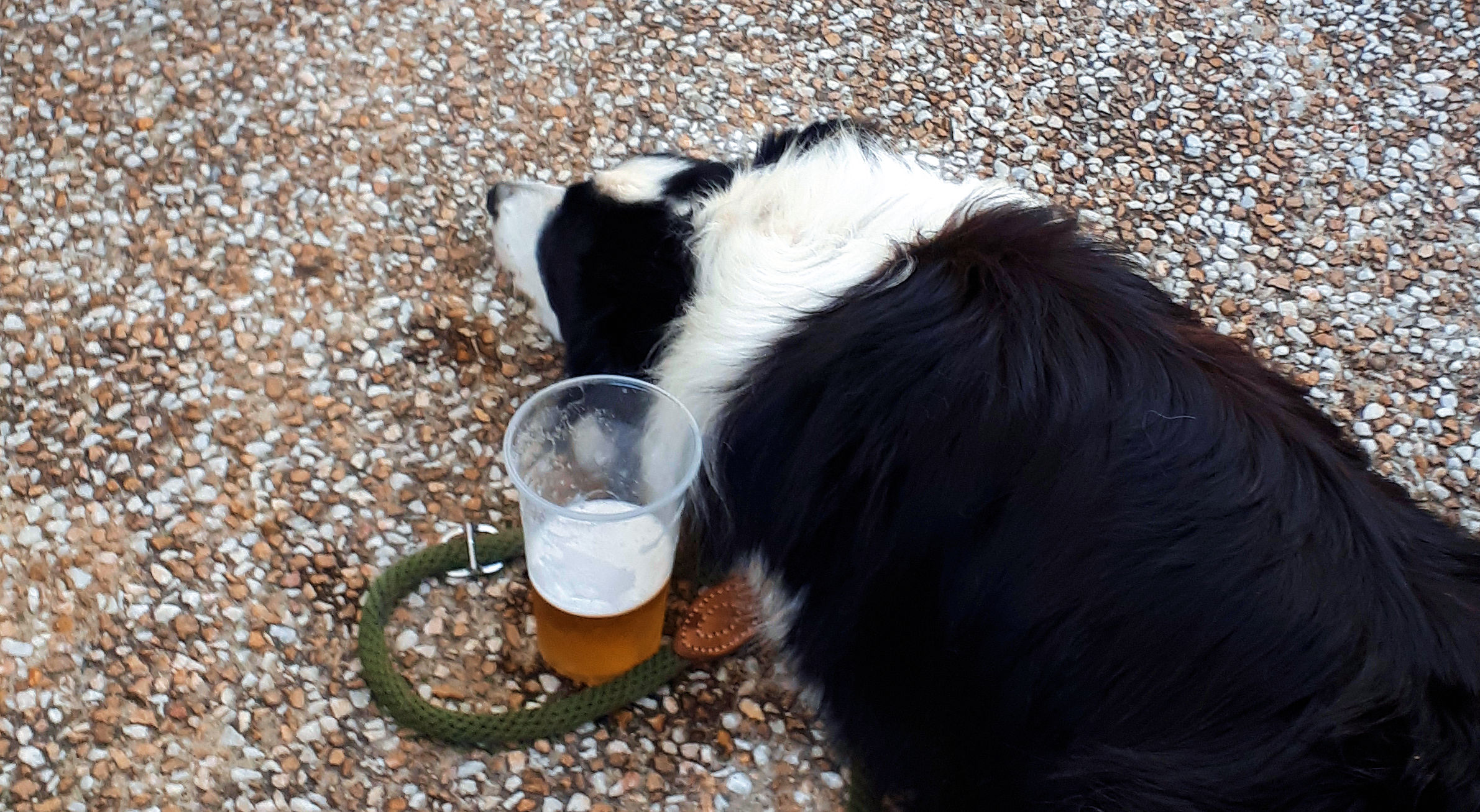 So far this year we have had snow, not sun (Mist’s least favourite), plenty of rain and a Mist in France holiday. For once Mist was allowed to come with us on an overseas trip and didn’t she love it.

The Pet Passport worked smoothly and as we travelled and stayed in a mororhome heat and leaving her for a while was never a problem. We were also at the sea or the rivers of the Dordogne and Loire rivers so that helped.

Mist now takes over to describe the photos.

It was meant to be summer but a bit cold in my opinion.

The first proper walk of the year was a 4 day trip over Hadrian’s Wall.

Some of the steps were a little awkward, never sure why human’s use steps.

The days were quite long so I used to rest on the ‘pub’ floor.

A more normal walking day to a place called High Cup Nick. Those holes are not me digging.

I do seem to spend my time waiting for things to happen, but I am very patient…usually.

We went to another country on holiday (I did not really see the point), it was very hot but cooling off was fun.

There was plenty of swimming although I did most of it.

A more relaxed way of travelling in the water in a place called the Dordogne.

Well if they do leave me in the campervan, what do they expect?

I did enjoy watching everyone else and keeping them safe. I am good at that!

Back on my favourite mountain, Blencathra. It’s sunny here why go anywhere else!

Swimming in the Beck July 2017