Second best to being out on the fells themselves is reading about them. There is some splendid books for walkers out there, both fact and fiction, which are certainly the most thumbed in my own collection. Some appear by the bed regularly, others come out as a less regular treat and some I regularly read cover to cover. At the foot of this page I have listed my 10 favourites with an option to buy them but first let me say why they are my favourites. 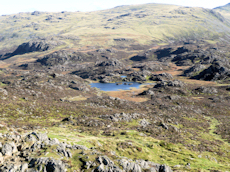 I have some books constantly on display, sat next to my desk they are there for reference, facts of height, location, routes and of course to inspire memories or future dreams. The Wainwright series of 7 guidebooks on the Lake District are without doubt the best books on walking in Britain; the detail incredible, the lay out unique and the humour infectious. For any Munroist the ‘Bible’ for hillwalkers is the SMC production which is a superb reference book (so good I have even carried it up the mountain’s themselves), as is the similar styled book on the Corbetts. For anyone wanting a simple mountain listing across Britain has to turn to Andrew Dawson’s detailed listing of 1,500 hills satisfying the criteria of a 500 foot drop between them. A lifetime challenge it certainly is and the holy grail for some (some would maybe add the phrase ‘saddos’ but not me). 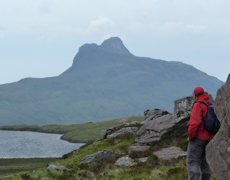 However when an author writes about their walking experiences they can become something special, they bring the mountains to life and we, the reader, end up nodding in agreement and/or sympathy with any given situation.  Top of the pile for me is Hamish Brown’s Mountain Walk, a wonderful account of his non stop meander across all the Munros. To this day I know of no other book that captures the essence of mountain walking in Scotland so well. A Wainwright
has also written a mini classic on his visits to the Lake District capturing perfectly the pleasures of walking the area, particularly when he is on his own. Often neglected amongst the phlethora of books that have recently come out under his name, this autobiography called Fell Wanderer captures perfectly the essence of the man Despite honourable mentions for Richard Gilbert, Martin Moran and Jim Crumley these 2 would head any list of books for those with a desire to understand the mentality of a British fell walker. 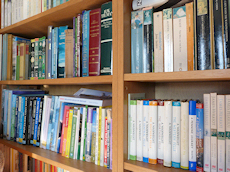 Away from these more tranquil shores the excitement level is upped and factual experiences of the incredible adventures that climbers (as opposed to fell walkers) have had in the Alps and of course the Himalaya is adrenalin pumping. I can only dream of an attempt on Everest or scaling the North Face of the Eiger (my experience really limited to a guided visit to Chamonix and if I say so myself a pretty impressive climb of the Aiguille Argentiere) but settling down with any book on the subject has me riveted.

Two stand head and shoulders above the rest. The epic story of Everest in May 1996 when so many died is wonderfully told by Jon Krakauer’ ‘Into Thin Air’ but there is so many opinions on what actually happened on the day I would always recommend following Krakauer with the contrary view told by the guide Antoni Boukreev (the Climb), shortly before he died. There are many other great stories of survival and excitement on the world’s highest mountain (have a look at Matt Dickenson) and I for one find the old stories surrounding the did he or didn’t he saga of Mallory & Irvine absolutely fascinating. Chris Bonnington has also produced a great book named ‘the Boys of Everest’, to me one of his best along with a compilation book called the Quest for Adventure. 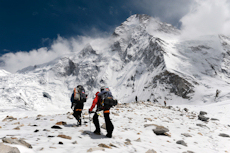 There is something about K2 which draws me in, partly because a walk in the Karakoram is probably no 1 on the list of must do places. K2 is impossible for mere mortals to climb which maybejust adds to the romance about this superbly shaped peak, a mountain which attracts me more than Everest. For those interested the ‘Savage Mountain, the story of K2’ by Jim Curran tells the story of so many failures superbly well but I am also a big fan of the ‘Savage Summit’ and the extraordinary women who have succeeded in climbing to the summit and the fates that have since befallen them. There is so much in this book and the single mindedness of the women who dedicate their life to such hard core climbing is extraordinary although the consequences for themselves and those around them is not usually pleasant. 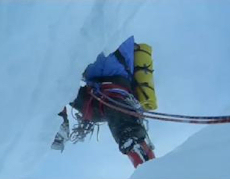 However the best story of the lot is Joe Simpson’s Touching the Void. For anyone who has read the book it is impossible not to have put yourself in his position, stuck at the foot of a glacier with a shattered leg and left for dead by his partner. Would you have  had the mental (let alone physical) capacity to escape the gaping chasm of his crevasse, lowering yourself down deeper into the chasm knowing climbing up would be impossible. I am sure I would soon have been a permanent member of the glacier. Joe Simpson has written many other very good books but he knows that nothing will ever compare with his lonely vigil in the depths of a glacier in Peru and his 3 day crawl along the glacier to safety. An astonishing story.

To buy any of the books below simply click on the links on the book’s name.
Touching The Void

Into Thin Air: A personal account of the Everest disaster

K2 the Savage Mountain: The Classic True Story of Disaster and Survival

Savage Summit: True Stories of the 5 Women Who Climbed K2

The Boys of Everest: The Tragic Story of Climbing’s Greatest Generation

The Relative Hills of Britain: Mountains, Munros and Marilyns