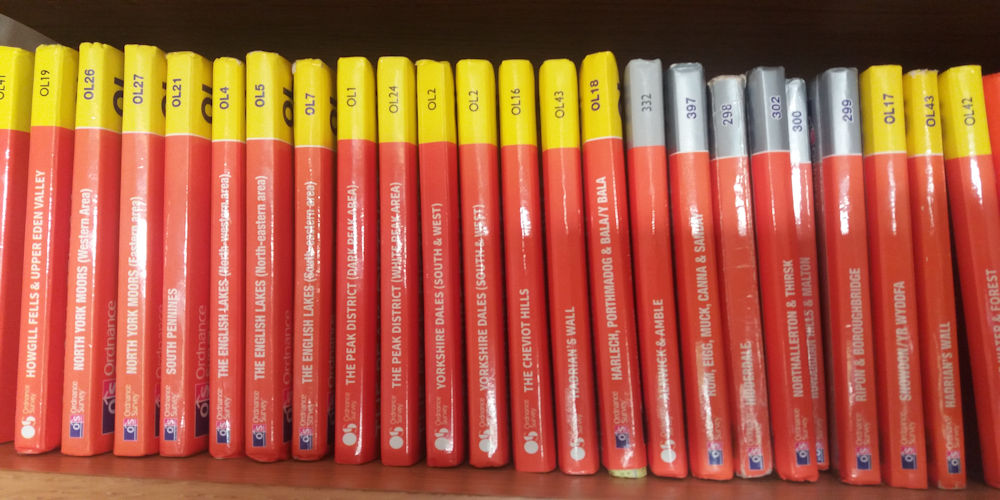 Home > Navigation in the hills

Navigation in the hills

I was on the summit of Blencathra last week, perfect conditions, views and warm weather. A young couple (man with beard, both very well kitted) approached me brandishing the correct (O/S Explorer) map and asked if they were at the top and was this Blencathra.

I was a little unsure if they were serious but when they followed it up with ‘there is no cairn’ I realised they were. The summit area does not have a cairn and the trig point has been removed but looking around they were clearly at the highest point. They had absolutely no idea where they were and having assured them that this was in fact the summit they looked disappointed.

I asked them where they were aiming for and it was the pub at Thirlspot. Taking the map I showed them the best route down, emphasising that Sharp Edge was not a wise place to descend. 10 minutes later after some lunch they consulted the map again, ignored my advice and headed due north towards the wasteland of that peculiar Wainwright, Mungrisedale Common. I did not have the heart or inclination to chase after them.

This real example is to illustrate a point. Far, far too many people head out in to the fells (or any walk) completely clueless as to where they are going. I have taken to talking to people more often when I am out and about (sounds a little creepy but I send Mist the collie in first!)  and often there is a problem, people do not know where they are, they have followed a path and are hoping to arrive where they want to. The problem can be exaggerated by people clinging protectively to a guide book.

Fine unless the mist comes down

In good weather this is nearly always fine and people find their way back but on occasions it is not. Walkers become lost, the cloud/mist may come in, one of the party hurts themselves, the iphone mapping system breaks down and  the remainder of the party are clueless what to do because they have relied on the leader. It is a real problem and with the increasing use of phone based technology (or over reliance on guide books) will only get worse.

Fewer paths in the Howgills

Most people who are lost find their way home, they ask someone or work it out, but many don’t. They either join others, get in to trouble or call the Mountain Rescue – none good and all unnecessary. If they learnt to read a map there would be no problem.

The Mountain Rescue teams have been called out more often this year. The media however, like to portray examples of walkers who are badly equipped (clothing/footwear) but the major issue is people simply do not know where they are (not such an exciting story). Someone heading up Ben Nevis in April in sandals is a great story (and true) but for each one of these there are dozens of people simply lost on the mountain. Most walkers are now kitted pretty well (much better than they were 20 years ago) and some over kitted. Having such high quality gear may even encourage people to venture further in bad weather and increase the ‘getting lost’ problem.

At this stage I would not differentiate between traditional map and compass and more modern mapping/gps, the problem people have is an understanding of what they are using. Like the example at the top of this page, taking a map is not enough, similarly having a gps with mapping is not enough.

I have championed and campaigned for many years that map reading skills should be part of the curriculum, that schools should teach them and that schools should be taking children on days out in to the country. Clearly this is more difficult in city centre schools but not impossible. There are plenty of people who would be willing to help if schools had the opportunities and incentives.  I do get requests from enlightened school teachers at times but it is rare.

In simple terms any course should address these 3 issues: understanding a map and in particular a map as a 3 dimensional beast, roughly how long it takes to for any planned walk, when and how to use a compass (rarely being the case). There is much more to a course but if I can push people so that they have the confidence to venture further safely then it is a success.

Maps are a wonderful and underused resource (the best in the world) but very few people make full use of them. Buy the Explorer map of your local area, spread it out and just look at it.

My Top 10 Navigation Tips. Click here to find them

10 of my favourite Easy Fells.  Fells that are close to the road with great views and an enjoyable climb.

A weekend in Scotland. From snow to perfect weather, a typical Scottish weekend.

10 of my favourite short walks. Walks for a few hours any time any person

10 of my favourite Dales walks. This changes but these are my present favourites

10 Unusual approaches to Lakes Classic Walks. Says it all

Hidden Delights . Walks and walking areas away from the crowds

10 Reasons to Walk in the Dales. Self explanatory!

Growing up with the Wainwrights . Why the fells of the Lakes are so great

Challenges for Walkers – the Dales. Explore the Yorkshire Dales with a purpose

The Yorkshire 3 Peaks – discuss. Is the challenge good for the area?

Wet weather walking . Some tips to make a walk in the wet fun.

Rules of Walking. Some simple advice to get the best out of your walks in the countryside

Enjoy a weekend in the Dales learning all the skills to navigate in the outdoors. Oct 9/10th.

Book the perfect walking holiday for you in the Yorkshire Dales, Moors or the Lake District