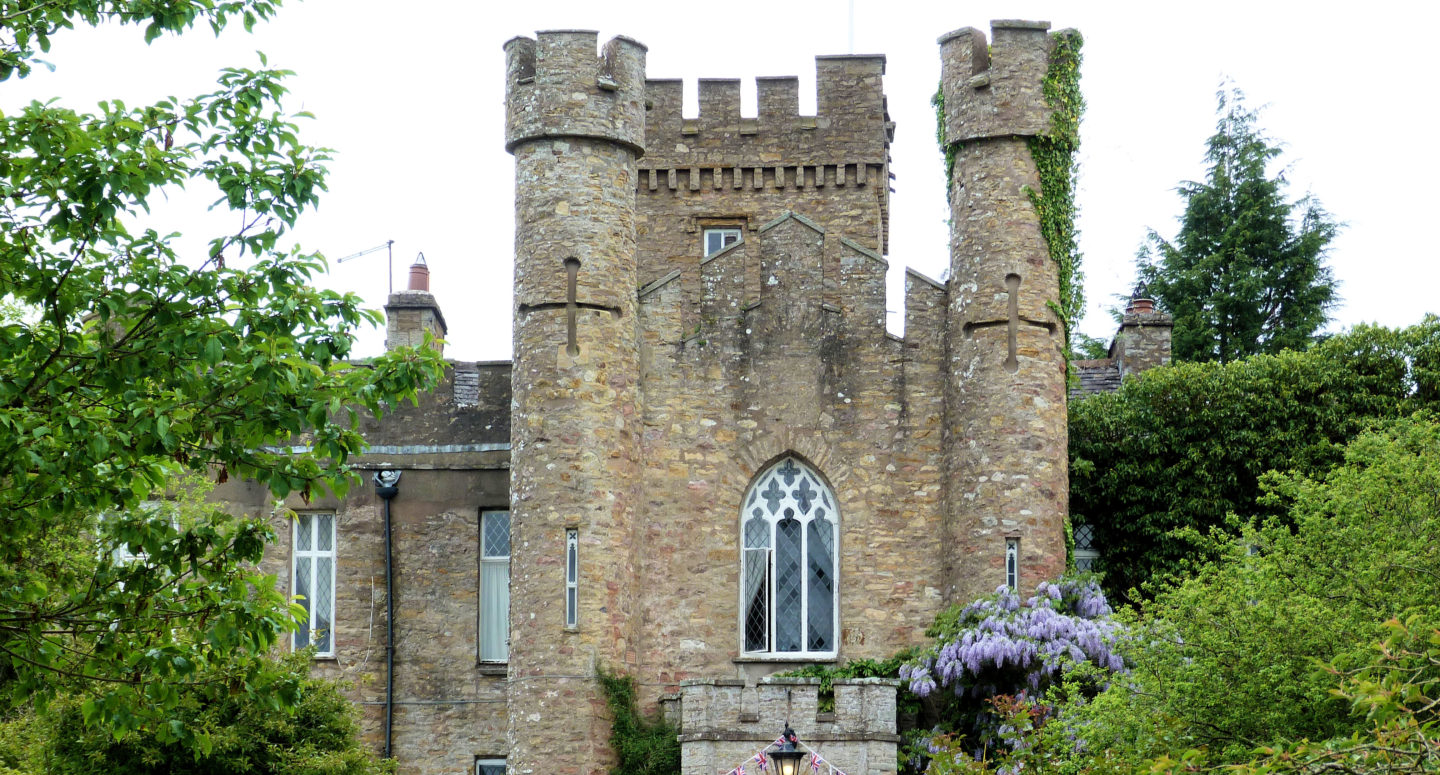 A walk near Brough Castle

Brough Castle is perched upon a small hill just to the south of Brough. The walk near Brough Castle passes through some rolling countryside and farmland all under the shadow of Mickle Fell.

Brough Castle forms the centre piece of a walk to the south of Brough and an area I simply knew nothing about. With the vast slopes of Mickle Fell offering a backdrop the walk is full of interest, particularly in the 2nd half when it crosses the A685  and in to pretty Brough Sowerby. There are some attractive riverside sections, an old Roman fort, two castles and plenty of human interest within the villages. Livestock abound with a particularly feisty herd of cows frolicking near Ausgill Castle hotel. However this walk is principally about the remains of Castle Brough, one of the best in the area. Oh yes and this one too was owned for a while by Lady Anne Clifford.

Brough’s real claim to fame though was in the 18th and 19th century when it was a major staging post between England and Scotland, so popular that at one time there were 12 ‘inns’ vying for trade. How times have changed.

Extend the walk in to the village of Great Musgrave.

It is not straightforward on the walk from the western end of the walk back to Brook Farm. Use the lie of the land. Follow the north side of the stream and cross due south of the only building in the vicinity. From here keep to the north and then east flanks of some raised land directly ahead. The path is very faint and in places non existent. 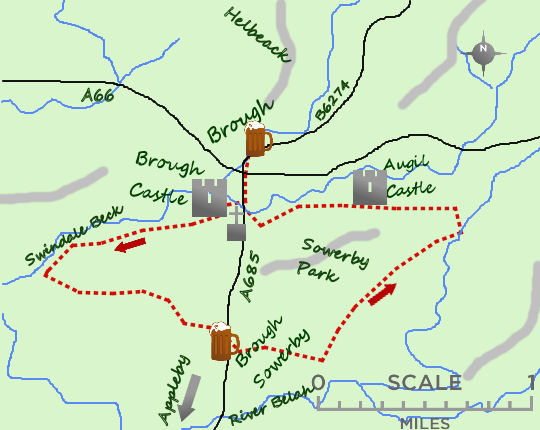 There is plenty of parking in the centre of Brough. Cross the bridge over the A66 from the west end of the village.

There is a choice of 3 pubs and a tea shop in Brough. I will be honest I am not sure which is the best.

Appleby and the River Eden