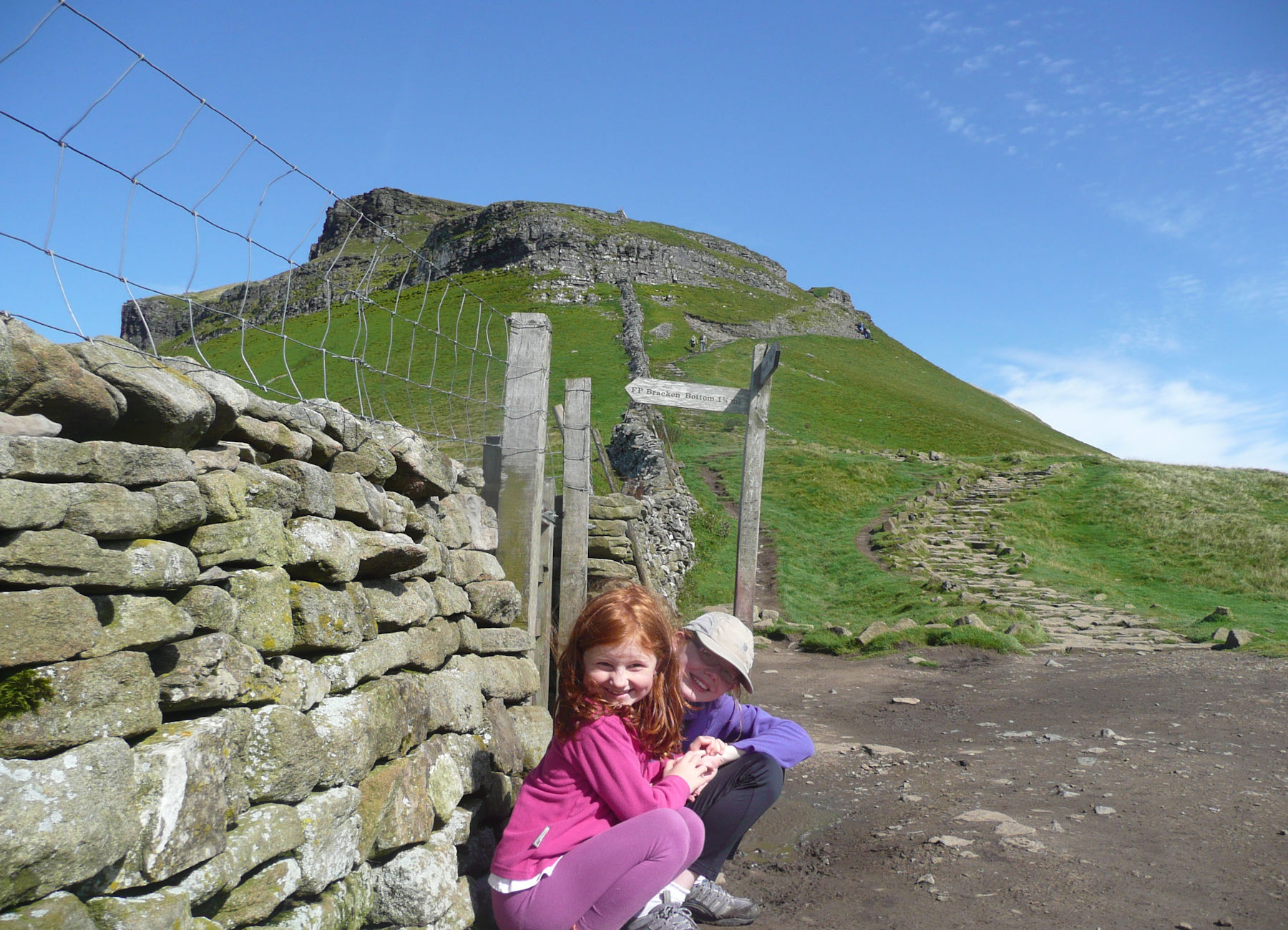 Pen-y-Ghent from Horton is the classic approach to this iconic Dales mountain. The walk is much improved by continuing on the mile long ridge to Plover Hill.

Pen y Ghent (probable meaning hill on the border) is the most famous and popular of the Yorkshire Three Peaks. Whether it is the best is a matter of conjecture, it is the smallest in height but certainly presents a dramatic outline from Horton in Ribblesdale. The 3 great rakes which are clearly viewed on the climb were formed only in 1881 after a tremendous thunderstorm washed away the top soil leaving the millstone grit and limestone exposed. This exposed millstone offers a pleasant little scramble up loose rock before the extensive summit views take the attention.

I have climbed Pen y Ghent on numerous occasions from all possible sides and the Horton climb is the most enjoyable. Do not reverse the climb from the hole in the wall but join the Pennine Way from the summit plateau and slowly turn South back towards the finely named hamlet of Bracken’s Bottom. A few hundred yards from where your route leaves the popular 3 Peaks route is Hull Point, the largest natural hole in England, whatever that is meant to mean! Still well worth a visit. Pen y Ghent is the real heart of England lying on the watershed of the country; waters to the West entering the Ribble and ending up in the Irish Sea, to the East the Wharfe eventually finds its way in to the Humber estuary – a truly tortuous journey!

Avoid the crowds for a while and stroll the long ridge to Plover Hill and drop down north to join the bridleway from Littondale.

From the summit of Pen-y-Ghent follow the wall north to Plovers Hill then carry on a faint path that drops steeply to meet an obvious bridleway.

Julia’s Walks. A climb up Pen y Ghent was the subject of one of Julia Bradbury’s recent TV walks. For full details of Julia’s walk along with an interview with my good friend Debbie North just click here 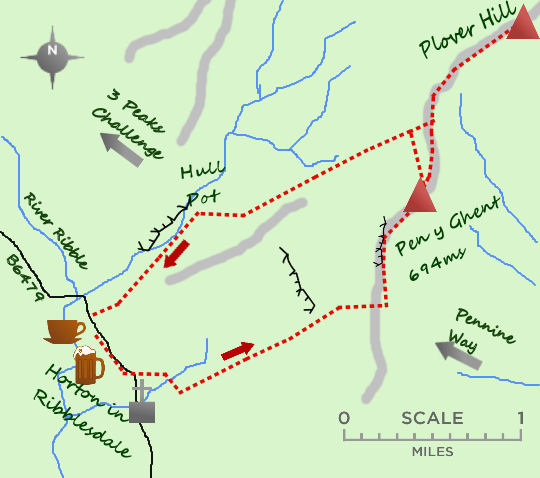 SD 810722. If possible park at the Bracken Bottom South end of Horton. Alternatively there is a large NCP 400 yards further north.

Height 2,278'. The ascent from Horton is steady till the steep final pull. The paths are all badly eroded on this walk which is why it is so enjoyable to take a stroll to Plover Hill before descending.

Horton has never been my favourite place but the two pubs are ok; to me the Crown is preferable to the Golden Lion. However for once the Three Peaks tea shop should call - a bit of history as the start and finish of the full Three Peaks.

Heart of the 3 Peaks