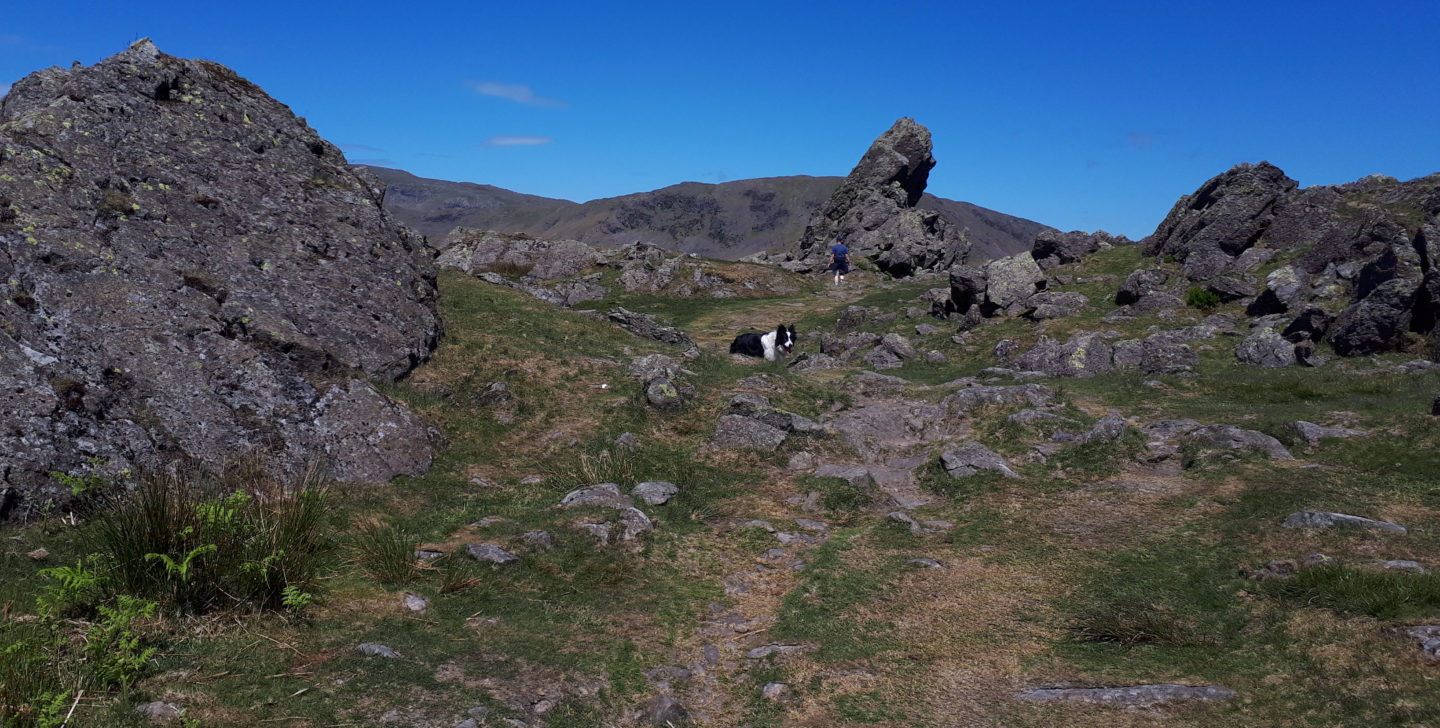 The walk over the ridges of Grasmere circles Easedale Tarn and Upper Easedale. It covers a number of Wainright fells as the walker picks their way through the knobbly terrain. Very enjoyable.

I had never completed the ridges of Grasmere until a few years ago. It was clearly going to be a long day but I underestimated the undulating nature of these broad ridges. It is classic Lakeland terrain. The route winds its way through a never ending series of rocky outcrops and hidden hollows. The views over the Langdale Pikes (from an unusual angle) are a highlight. The beauty of Far Easedale valley is another. The views over the tarns of Coldale and Easedale are more to be expected but none the worse for it.

I included 6 Wainwright summits on this ten and a half mile circuit. However I could not help thinking of the slightly arbitrary nature of those he selected as official ‘Wainwrights’ , one rocky outcrop appearing as worthy as another. The exception is of course Helm Crag (better known as the Lion & the Lamb) which provides a fitting finale to the walk. Not just the fine summit which requires some Grade 1 scrambling skills but the lovely views over Grasmere on the weary trudge down.

Unless you really are ticking summits avoid the tedious trudge up to High Raise. Sergeant’s Man providing an excellent ‘far point’ to the walk.

Navigation Tips on the Ridges over Grasmere

In cloudy conditions the southern ridge is more challenging to follow than the northern one. On Blea Rigg a number of sheep tracks may lead you astray so keep roughly on an initial bearing when you hit the broad ridge (north west for nearly two miles). Making the right turn to Seargent’s Man and avoiding High Raise is difficult. 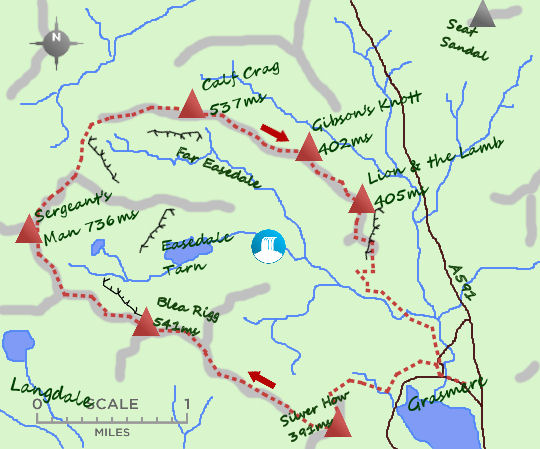 If parking is not available in Grasmere there is a free option on the Dunmail Raise side of the A591.

This is a tricky navigational route in mist, particularly at the far end of the walk when trying to locate the path over to Calf Crag. The route undulates throughout, there is barely a step which is on the flat.

Grasmere should suit any taste but I like the Lamb Inn.