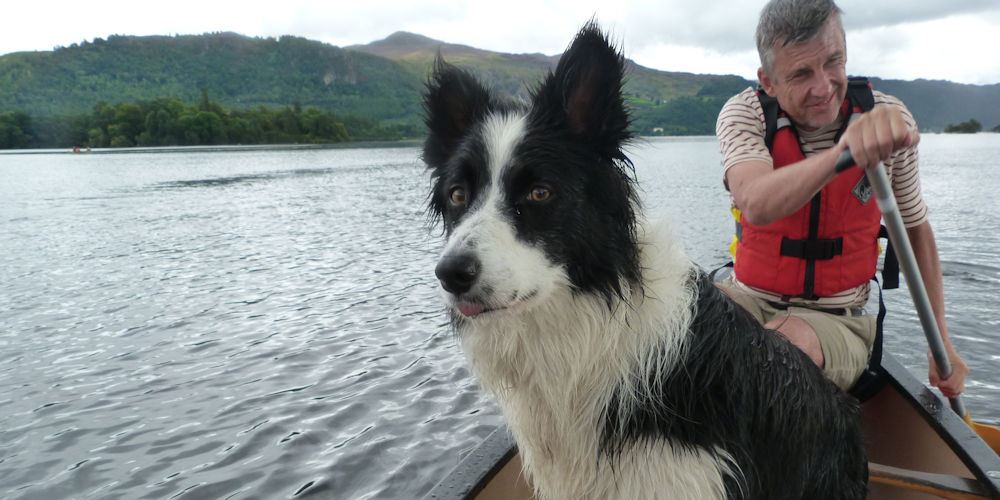 Fixated on the view

Exploring the summit of High Stile

Helping to canoe on Derwentwater..tongue peeping out.

Watching for rabbits on Buckden Pike

An exercise in futility

Looking a little bedraggled after a swim

Not sure I was meant to be upstairs

If they don’t look I’ll steal from that pack.