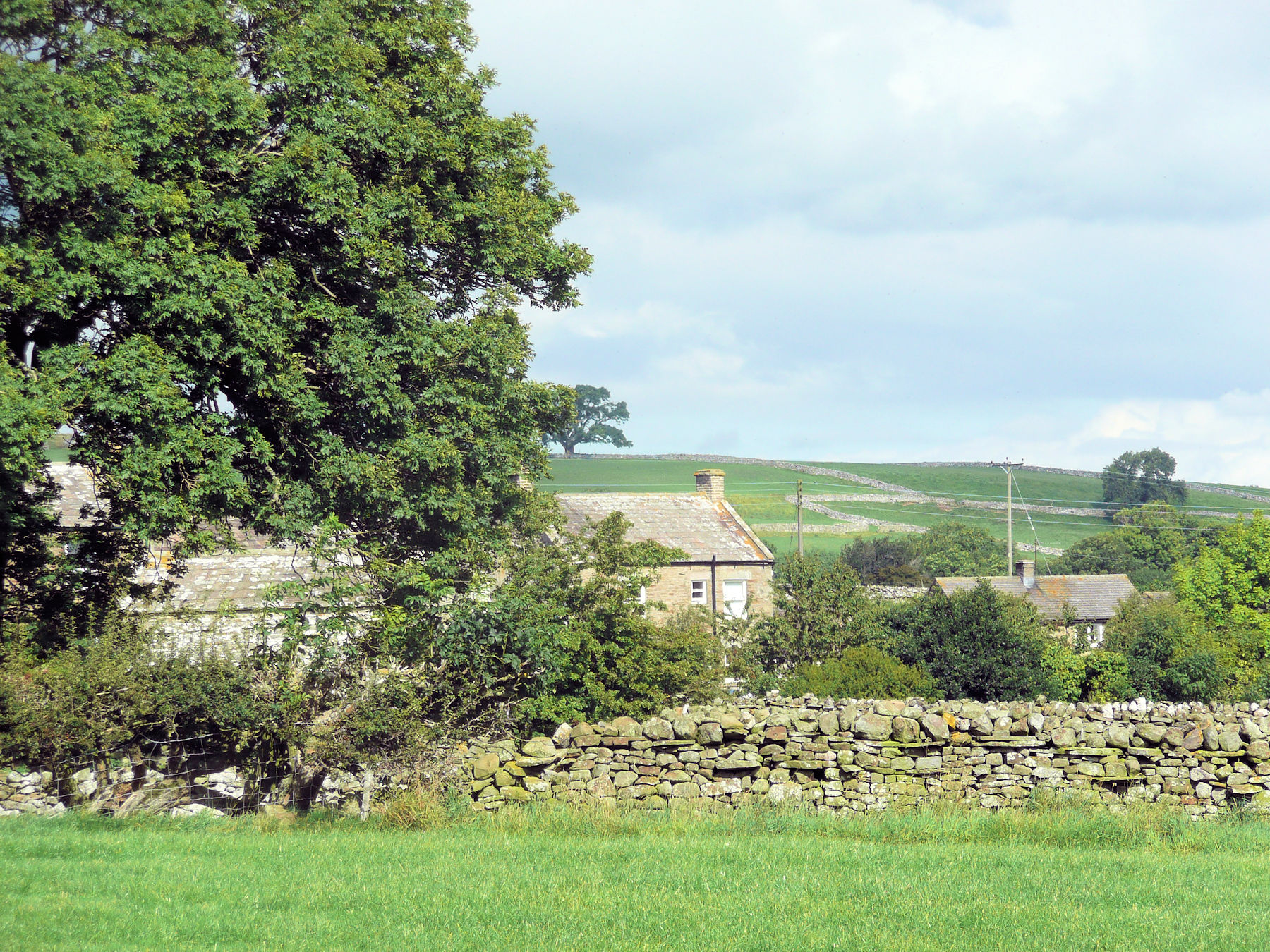 There are four picturesque villages in Coverdale which are the focus of this walk. Coverdale is one of the dales which lead south from Wensleydale, quieter than the main valley and all the better for it.

The best valley walking is away from the main Dales and Coverdale is no exception. It is a wide valley, off to the south of lower Wensleydale. Here the moors are set back from the valley. This makes Coverdale an excellent place to walk in all the seasons. It is also a quiet valley, longer than most, therefore making it a fascinating place to explore. This walk links a number of pretty villages (Horsehouse, West Scrafton, Carlton and Gammersgill) and in addition has the variety of using tracks on both sides of the valley. Further up the valley, the landscape becomes wilder but here it is a pleasant mix of farms and riverside.

The most interesting part of the walk are the villages. Horsehouse and Carlton were main coaching centres in the 18th and 19th century. This is because Coverdale was on one of the main thoroughfares north. Have a look at a map of the complete Dales and it is easy to see why. If there is a more immaculately kept village in England than West Scrafton I have yet to see it. It was also the birth place of Lord Darnley, father of James 1 (which was interesting as I I always thought he was true bred Scottish). It is thought that the valley itself is named after Miles Coverdale who was the first person to translate the bible in to English in the early 16th century. There are no end of stories like this in the Dales, just search them out and it makes the walks so much more interesting.

Guess the visitor, I spotted a private helicopter landing at Swineside, there is riches in Coverdale!

Any lowland walk such as the Villages of Coverdale mean there are plenty of stiles to cross. Each field will be bounded by one. The advantage is that even if the path on the ground is not obvious at least you can see where it exits the field. The disadvantages are the awkwardness of many. 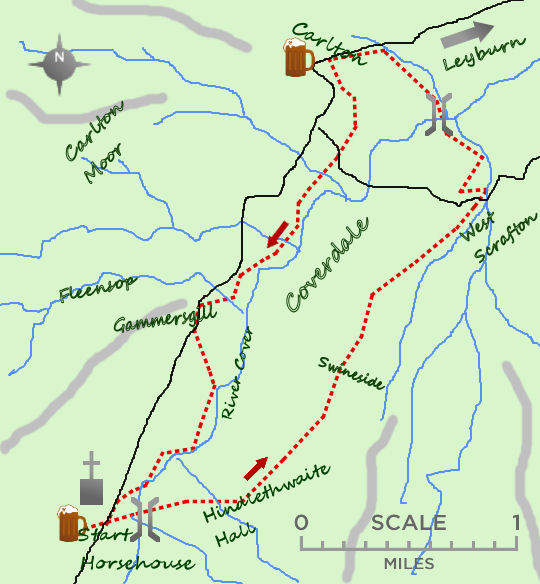 There is limited parking in Horsehouse and then battle through a farmyard on the way to the river. Cross the bridge at Hindlethwaite Hall.

Clearly signposted although Turnbeck Lane is a nettle challenge for those in shorts.

The Thwaite Arms at Horsehouse is a truly friendly Dales pub whilst the Forester Arms serves good food. Check opening times though.

Prettiest village in the Dales?

The Moors of Carlton in Coverdale