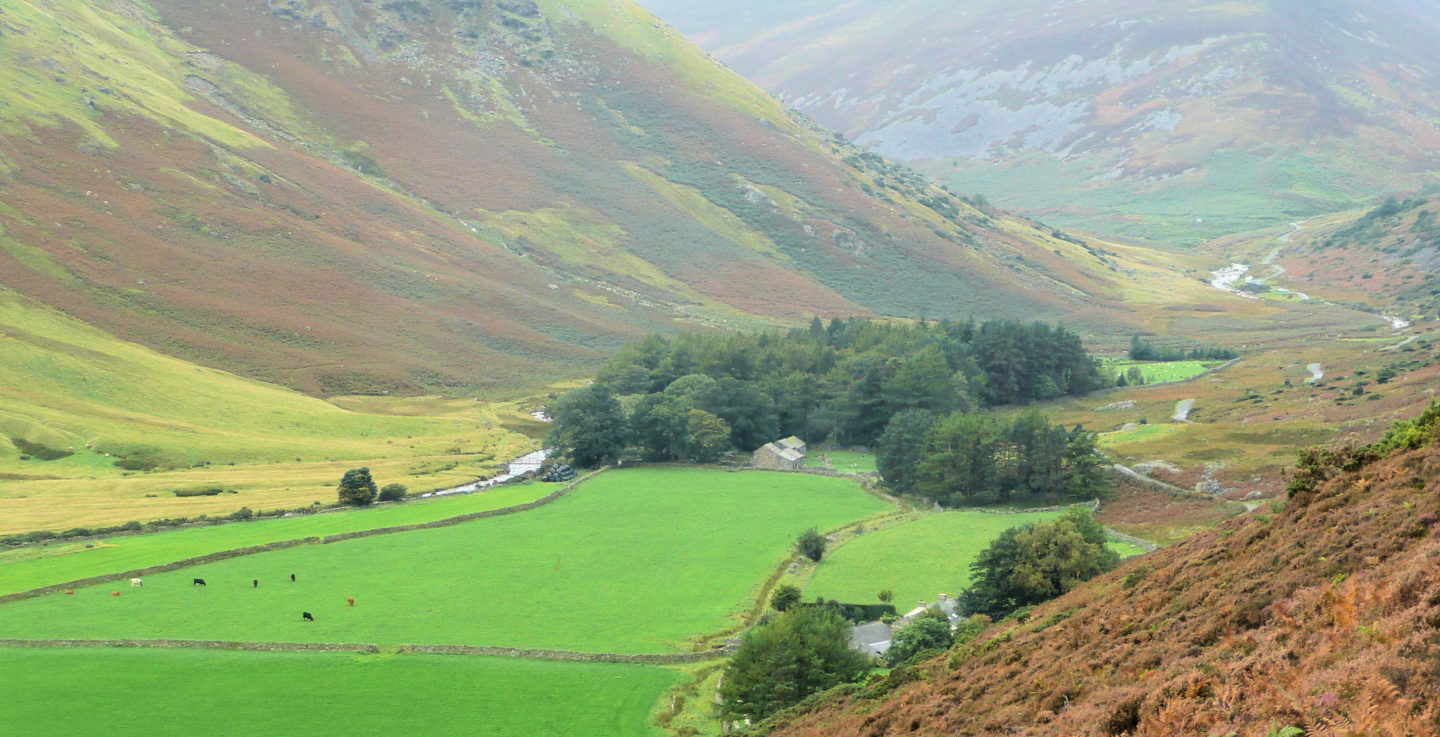 The remains of a hill fort stands on the summit of Carrock Fell. It is clearly perched on the most eastern of fells to spot invaders from the north and east. It makes a good viewpoint, the culmination of an interesting climb.

2,174 ft. The Northern Fells literally fall off a cliff on its eastern side. Steep sided fells end abruptly over the villages of Mungrisedale, Mosedale and Bowscale. There is not much late evening sun for their inhabitants! The walks are surprisingly difficult in their lower stages and I have certainly always struggled to find a good track up the southern slopes of Carrock Fell. Loose, volcanic rock, thistles and heather contrive to offer a tortuous start but once the main ridge is reached Carrock Fell is full of interest (Carrot fell as my daughter insisted on calling it).

It is rugged in looks due to the unusual appearance of its volcanic rocks. This contrasts with the smooth slate clad fells in the neighbourhood. Elsewhere the summit is characterised by a clearly visible ancient hill fort. The walls can be traced around the summit area with four clearly defined entrances pointing at the points of a compass, centred around the summit itself. The summit was also a centre of activity when I was last up. Colourful hang gliders making the most of the steep sides and strong up currents of this surprising fell.

Descend via the very steep east face, fun but tricky.

I found the climb of Carrock Fell a trial from the south. The path peters out in the gorse. The map suggests this, the black dashes running out half way up the steep slope.

Note how close together the contours are. Mind you the descent is no easier. 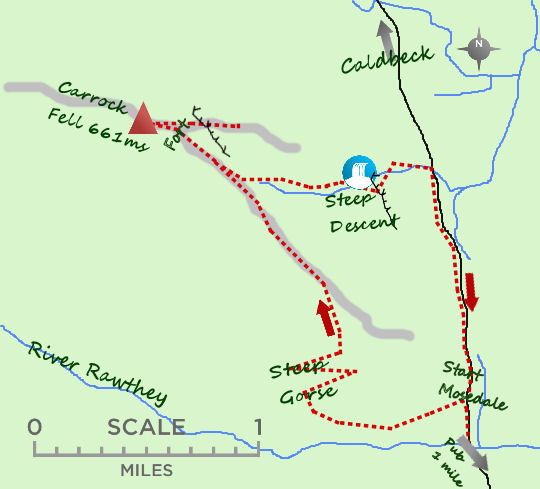 There is parking in Mosedale or just on the road coming in from the south. Head up the road to Swinside and then pick your ascent, I went up from the high point before Swinside Farm but the sheep tracks are difficult to follow and it is not for short wearers

Trackless on the lower slopes, excellent underfoot after the initial haul. The descent is steep and eroded.

The Mill Inn in Mungrisedale is a fine and still very traditional Lakeland pub. I have always found it open all day.