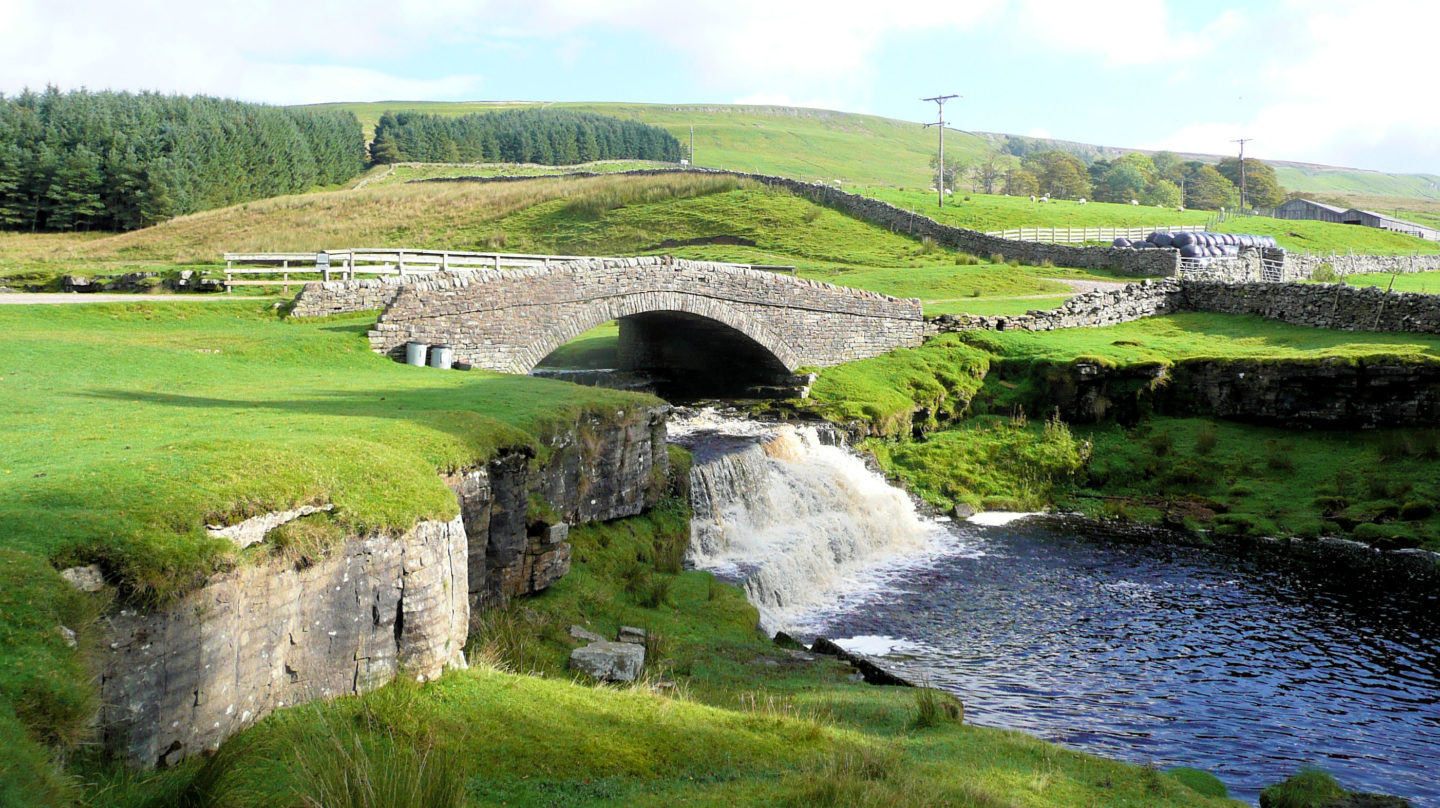 Home > Walks > The Source of the Eden

The Source of the Eden

At the head of Mallerstang lies the Source of the Eden. The walk from Garsdale goes over Blades Bridge and over Hell Bridge before returning on the western, lower slopes of Turner Hill.

Legend has it that Dick Turpin leapt the dramatic gorge at Hell Gill in to Cumberland to escape the long arm of the law (the law being disinclined to follow him). Looking in to the depths of Hell Gill at the bridge and I find myself in sympathy with the law! It is a deep and sheer drop in to the dark depths with roughly a 5 foot leap. In my opinion the highlight of this excellent walk.

Hell Gill lies on the watershed of England. Hell Gill itself becomes the River Eden and flowing westwards just below Hell Gill Force. A good if hardly spectacular waterfall. 100 yards to the south of the watershed he River Ure starts its long and tortuous journey to the North Sea. This is a good spot and the walk to the watershed from the Moorcock Inn really delightful on a good track with great views of Wild Boar Fell. On the return I followed the bridleway to the high point between upper Wensleydale and the hidden and rarely visited valley of Grisedale. It offers some excellent views although the track is not so good as the High Way to the east.

….or maybe not, the leap over Hell Gill!

Navigation Tips on The Source of the Eden

The actual source of the Eden is a mile and a half up Hell Gill Beck/Red Gill. Obviously the actual point depends when the water starts.

Note that the blue line on a map signifying a river may vary depending on how much water was in the stream when the O/S survey was made. 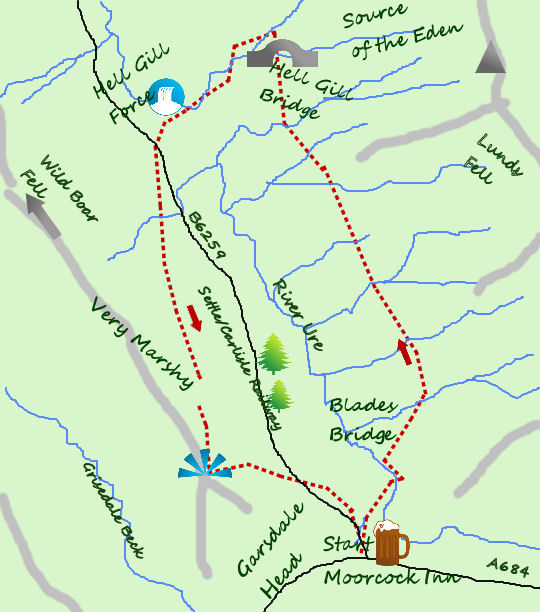 There is plenty of parking near the Moorcock Inn. Just past the pub take the well sign posted and good path to the right.

The western side of the valley is often wet but generally the walk is easy to follow and ok underfoot.

The Moorcock Inn is an ideal place to finish the walk. Top pub and nearly always open (only closes on a Monday in winter).