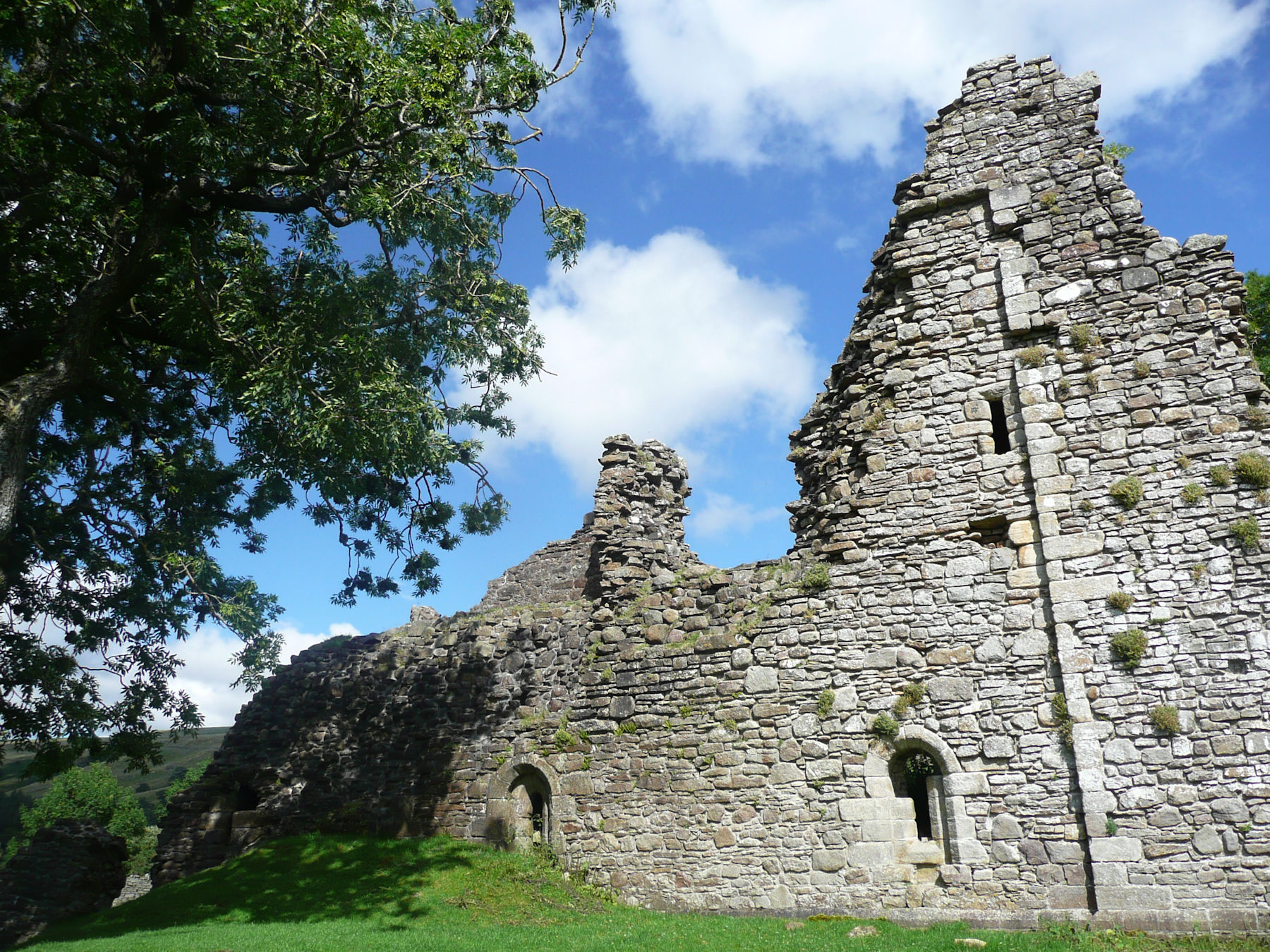 The two ancient castles of Mallerstang (Lammerside and Pendragon) offer a focus for an excellent walk along this rarely visited dale. The backdrop of Wild Boar Fell and the embryonic River Eden adds to one of my favourite walks.

Mallerstang is an unspoilt dale to the south of Kirkby Stephen. The dale is not only pretty to look at, but also steeped in history. The upper reaches of the River Eden flow through the valley, with the river banks offering pleasant walking and ever changing views. I set off from the train station but the walk can easily be done from the town centre of Kirkby Stephen. My ultimate goal was the ruins of Pendragon Castle. However the valley is so attractive that an A to B walk using the railway may be preferable with a walk down the full length of the valley an attractive proposition.

The two ancient castles of Mallerstang are crumbling reminders of living in medieval times in northern England. The towers were built to keep out the marauding Scots and were part of a system of Pele towers stretched across northern England. Allegedly Pendragon Castle was originally built by King Arthur’s father although this may be the stuff of legend. Certainly both castles are built on slightly raised grounds with splendid views to the north. Both lie in peaceful and unspoilt spots. I can only imagine if these two ruins were set in a more popular place the commercialisation they would attract. Fortunately I saw not another soul whilst sat having a snack under the castle walls. It is one of the great pleasures of walking in these parts.

This is one of the few occasions where a road (albeit quiet) is better than the paths. On the return between Pendragon Castle and Nateby the paths are rough and awkward. However the road is quiet and sticks close to the river. 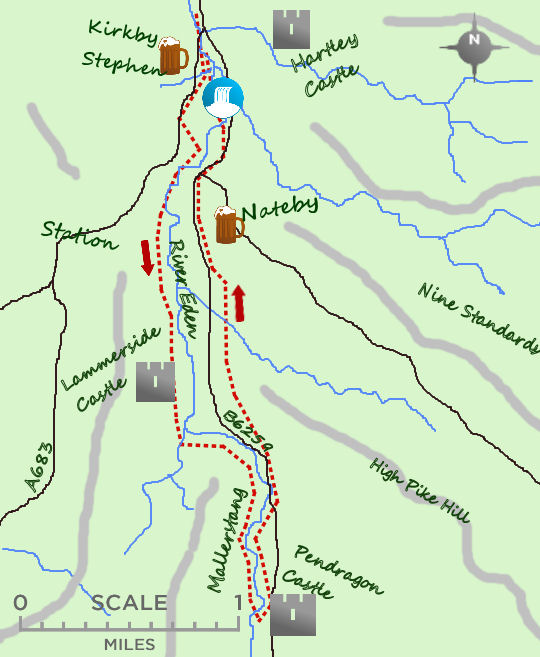 Kirkby Stephen. Head south on the A685 to the end of the buildings and a sharp right turn. Leave the road, carry on along the lane which turns i to a footpath.

Kirkby Stephen train station has a small cafe whilst the town itself has a wide choice of pubs and tea shops (and an excellent butty shop selling 'bigger' sized sandwiches! My choice).