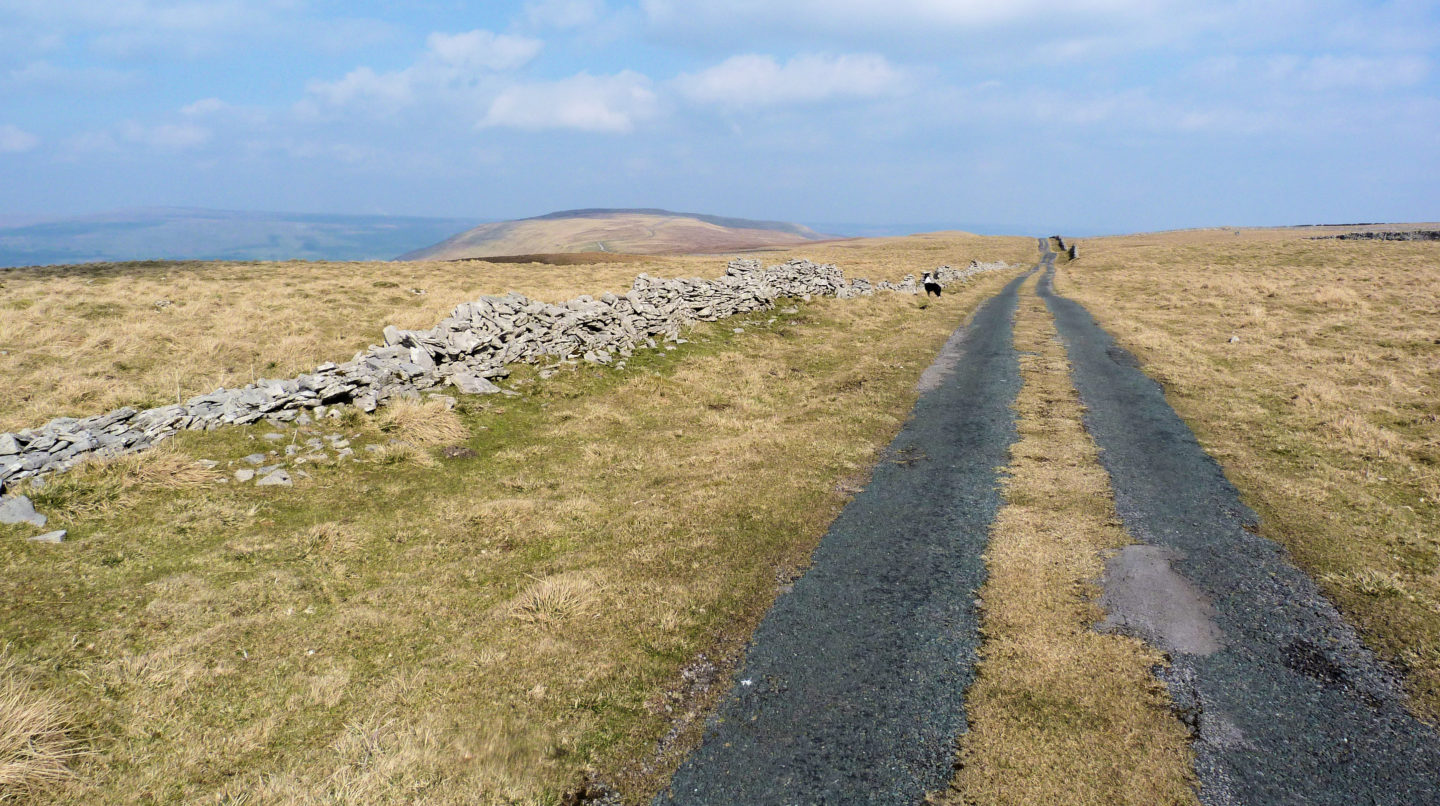 Dodd Fell Hill and Wether Fell are two Dales 30 fells to the south of Hawes. The walking here is easy amidst rolling moorland. The climb to the first peak is via the Pennine Way path and the return over Wether Hill.

Walks from Hawes have a tendency to be short. However heading south up the Pennine Way and a circuit of Dodd Fell Hill and Wether Fell is not. Despite its length the majority of the walk is on excellent paths/tracks making it quick to travel on. The peat hags after Dodd Fell Hill an exception.

Initially I headed up the Pennine Way (my natural instinct is always to go anti clockwise – someone told me it was because I am right footed) towards Dodd Fell Hill. However a decision needs to be made as to which point you leave the wide track and venture on to the rough fellside. To be honest it is not far to the summit though. On arrival it appears that the O/S pillar has been planted on the driest rather than highest spot! From the summit head south and then east to cross the peat at the least boggy part to join a wide track. It always take less time than I anticipate. This is the Cam road, the gateway to some very inaccessible land between Wensleydale, Ribblesdale and Langstrothdale.

The second summit of the day is Wether Fell which is much more interesting. However the highest point is again trackless with only the odd grouse for company! The views back down to Hawes and east along Wensleydale are superb and complete an excellent day on the high, less well known hills of the Yorkshire Dales.

Wait as long as possible before leaving the Pennine Way and heading for the summit of Dodd Fell Hill. Particularly so if the ground is wet.

Navigation Tips on the Fells above Hawes

Both summits are not on public rights of way but are in access land. For Dodd Fell Hill leave the track five minutes after the last wall on your left. This is the least steep climb to the summit. From the trig point bear just east of south for the easiest way of finding the road. On Wether Hill there is a faint path to the summit just after a gate on the main track. 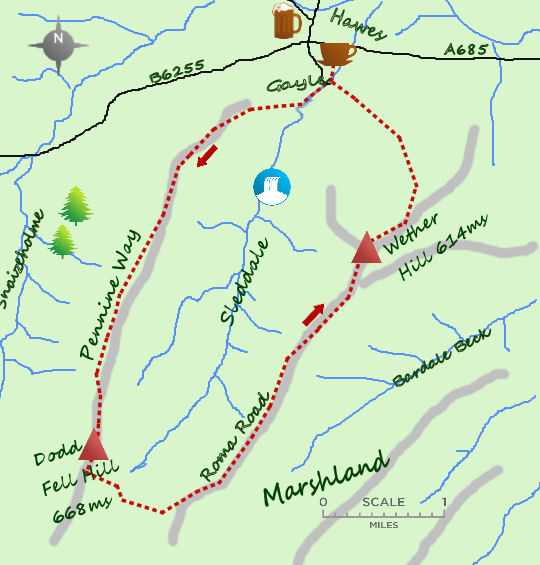 I parked on the street leading down from the bridge in Gayle. Near the Wensleydale Creamery.

The walking is easy on good tracks throughout except for the crossing of Dodd Fell Hill where it is largely trackless and can be wet.

Unless the tea shop is open in the Mill a short walk will bring you into Hawes with many eating and drinking holes.