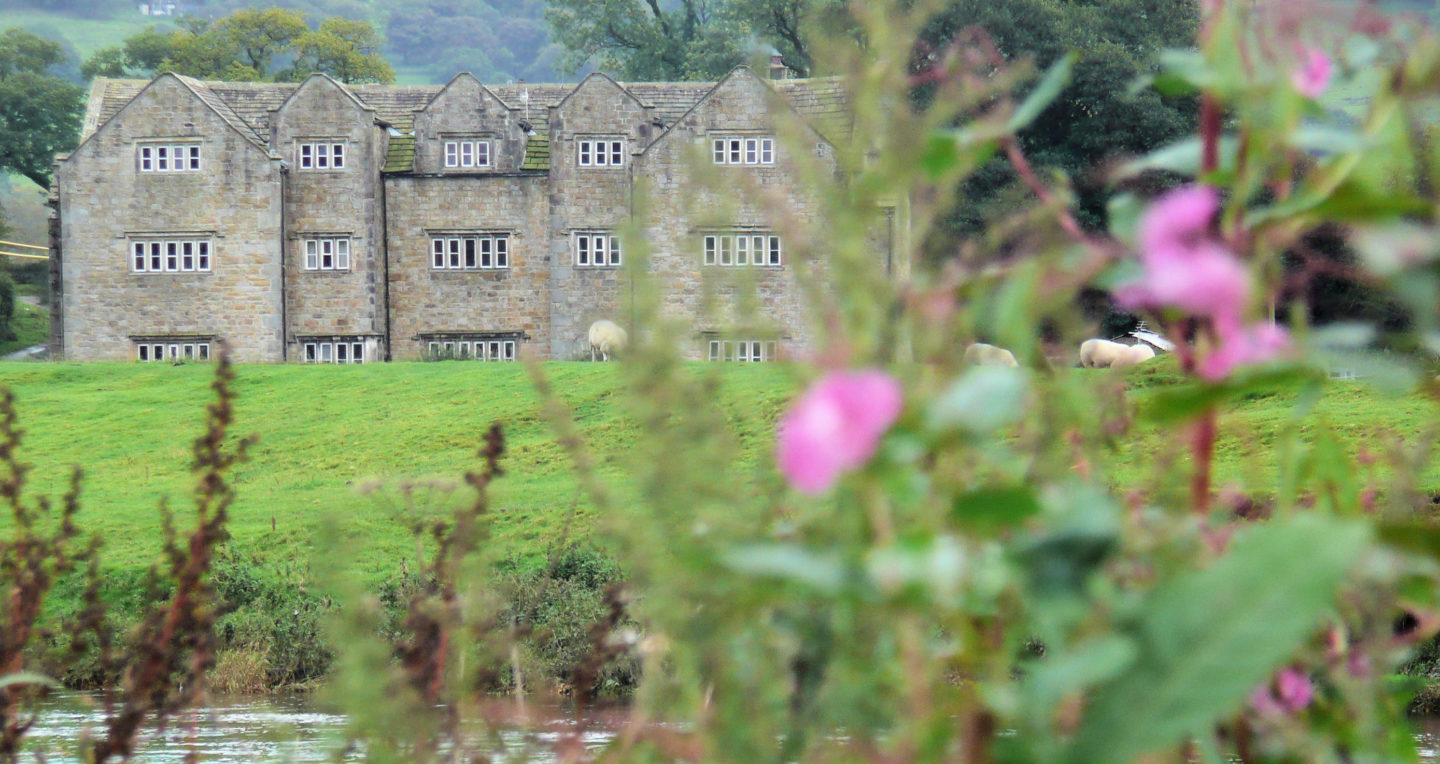 There is little doubt that the area around Stonyhurst College provided some of the inspiration for Lord of the Rings. The walk itself passes the college before heading down to the river, following it back to Hurst Green.

JRR Tolkein stayed at and visited Stonyhurst College regularly when he was researching and writing the epic trilogy of the Lord of the Rings. As a visiting professor he gained access to the college and the grounds on frequent visits. During and after the 2nd World War he also stayed in a guest house whilst visiting his son. The college towers, the mythology that surrounds nearby Pendle Hill and the woods and rivers of the grounds undoubtedly supplied much of the inspiration behind Middle Earth. I picked up the leaflet for the Tolkein Trail to see if I could get some feeling as to how he was thinking as he walked the area.

Even as a great fan I could not really picture the inspirational scenes of the book from the land I walked. Maybe the long loop of the Ribble could have been the inspiration behind the Brandybuck river. Here Frodo and the hobbits were escaping the Ringwraithes. The walk is a heritage trail and passes close by the college before heading off to the River Hodder and later the Ribble itself. Cromwell’s Bridge, Winkley Hall, Hacking Hall and the aqueduct, which passes over the Ribble outside Hurst Green, are passed at regular intervals. They enliven this pleasant and interesting half day walk following the footsteps of Tolkein.

If you never have, read Lord of the Rings (it won’t take you long!!).

Navigation Tips on the Footsteps of Tolkein

Sticking to the banks of the River Ribble is the best way of enjoying the walk. After passing the college head north on the path that meets the river near the woods at Hodder Place. 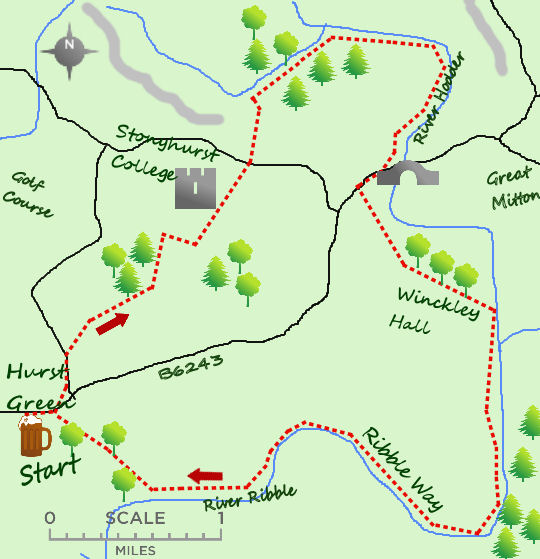 Over 1/2 the walk is on the OL41 map but Hurst Green itself is missing. The start is opposite the Shireburn Arms at the War Memorial and taking the Warren Fold lane.

The track around this walk is good and well used, even after rain most was still in good condition.

The Shireburn Arms in Hurst Green is a fine place to eat or have a drink after the walk.