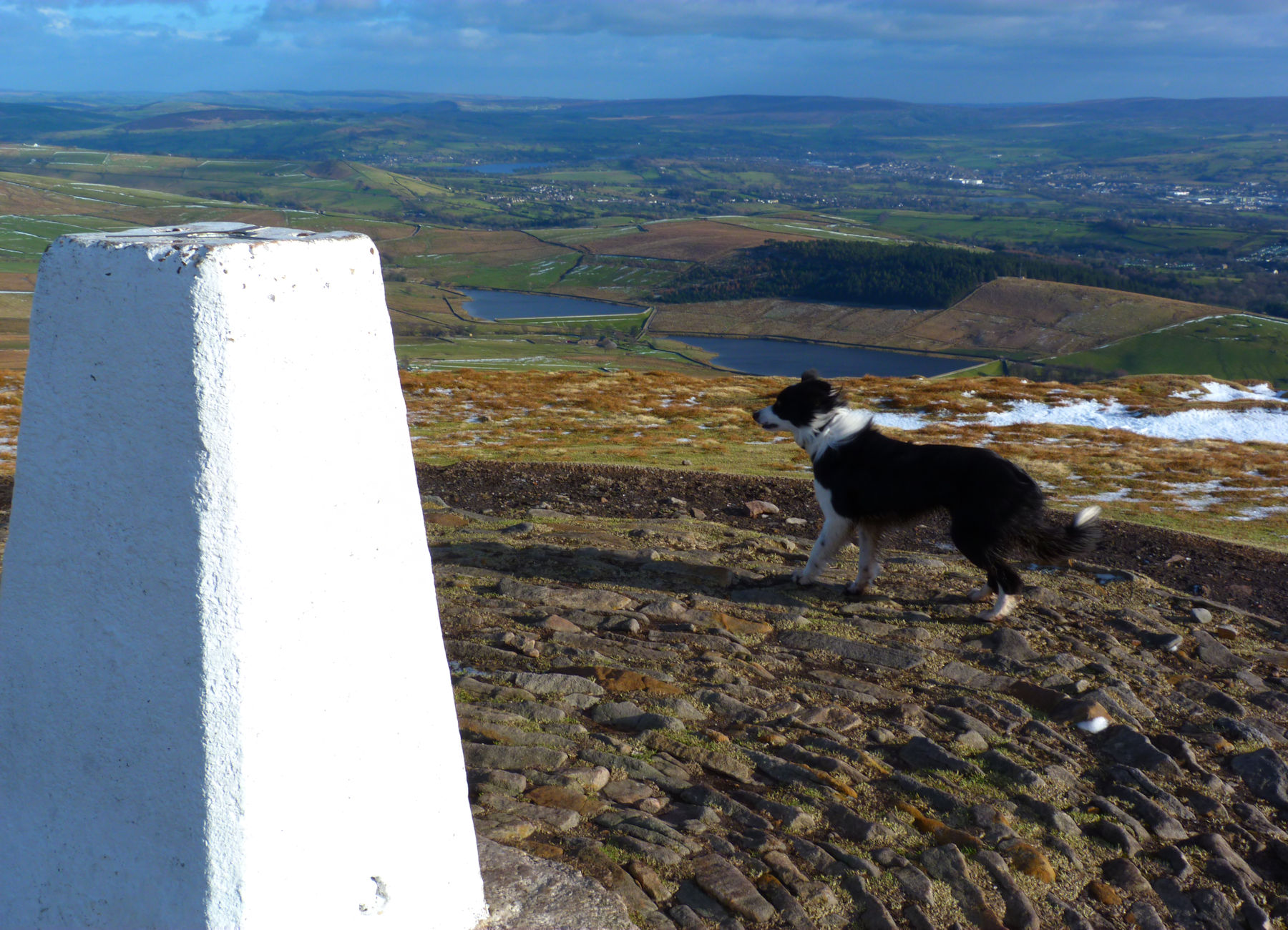 Climbing Pendle Hill from Downham starts through some farmland. On the open hillside the path leads directly to the summit but on the return it is worth exploring the vast plateau before returning to Downham.

It was a mid winter day, cold but clear, when I headed off from Downham to climb Pendle Hill (1,827′). I had previously only done the climb from Barley in the south. However the views are definitely better from the north particularly as the urban sprawl of Burnley is hidden. In addition Pendle Hill is isolated from any other upland area which means it was easy to see for miles in every direction. The climb was fine, patches of snow/ice disguising the worst of the bogs. I was constantly reminded of those other limestone hills in the area, Pen y Ghent and Ingleborough, which also have that hard topping of millstone grit.

The vast summit plateau is also typical of the area but there was a chilly wind so we headed off for the very prominent Scout Cairn to the north, apparently built to commemorate a famous Clitheroe doctor (he must have been good as the cairn is very impressive!) We (myself and Mist) headed back to Downham at that point. Downham itself is often spoken about as being the most beautiful village in Lancashire. Certainly it is clean cut with a noticeable lack of telegraph pylons, aerials and other clutter which tend to spoil the view.

Take your time exploring the summit plateau (if there is no cloud). There are wonderful 360 degree views.

On reaching the summit carry on south for five minutes to appreciate the views. Return past the summit to discover the route down. Do not head directly north west or you will have to cross the wet Ogden Cleugh. 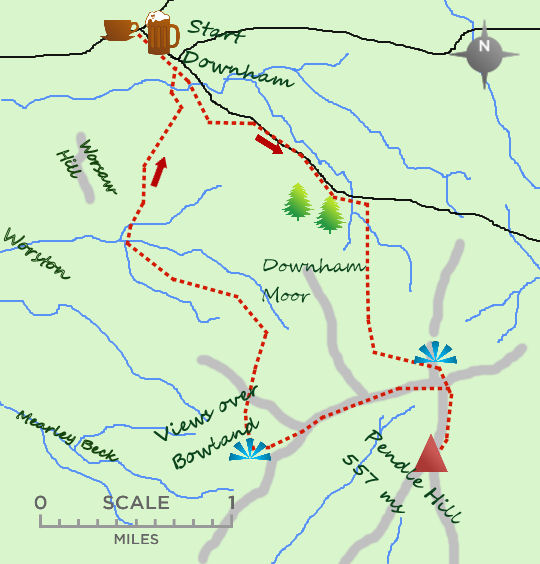 Head from centre of Downham south on Pendle Road. Avoid two tracks to the west from the road and after 3/4 mile and after a sharp left turn head over style for the open fellside.

The track from Pendle Road to the steep climb can be wet but elsewhere the ath is good. The final mile back to Downham is on an official 'Quiet Lane'

The Assheton Arms is a fine pub in the centre of Downham and there is also a small tea shop.