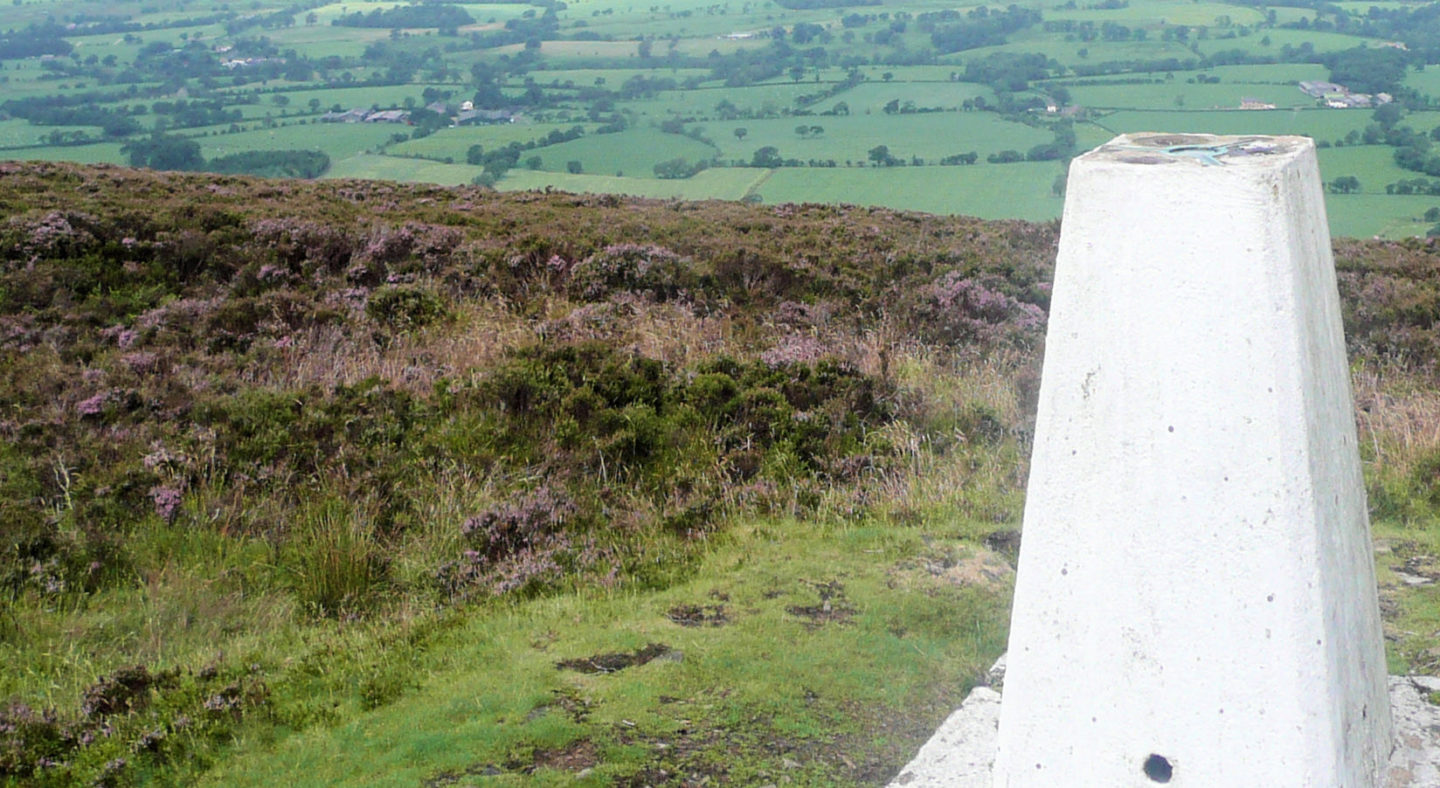 Longridge Fell is a Marilyn mountain with the summit accessed through forestry fro the village of Hurst Green. The views are extensive due to the fell’s isolation from other areas of high land.

Similar to Pendle Hill, Longridge Fell dominates the local area. Unlike Pendle though its flanks are covered in forestry and, as a result, offer a very different walk. Fortunately the summit peeps up above the forestry and affords some excellent views to the north and west, in particular towards Fair Snape Fell and the Trough of Bowland.

There is an alternative, and quicker, option to climb Longridge Fell from the north but it is steep, and unpleasant. This is due to the geological phenomena known as a ‘cuesta’ ridge where one side of the hill is steep (the edge) whilst the other has more gradual slopes. The forestry paths on the southern slopes add a certain interest to the climb even if, like me, you would normally prefer the openness and views of a treeless ascent. The forest is not too dense with some deciduous woodland being planted to break up the uniform conifers.

There seemed no objection to following the forest tracks up Longridge Fell. The one to the west of the start zig zags its way up the fell side. However if you want to take the alternative a public footpath heads straight up the fell to the west.

An element of guess work as it is just off the OL41 map but it is where the forest road joins the main road. Aim straight up the track to start.

I found the forest road in good condition but a bit dull whilst the paths were muddy but much more fun.

The Shireburn Arms at Hurst Green is worthy of a visit particularly if, like me, you are a fan of JRR Tolkein. He worked at the nearby Stonyhurst College and drew much of his inspiration from the area.