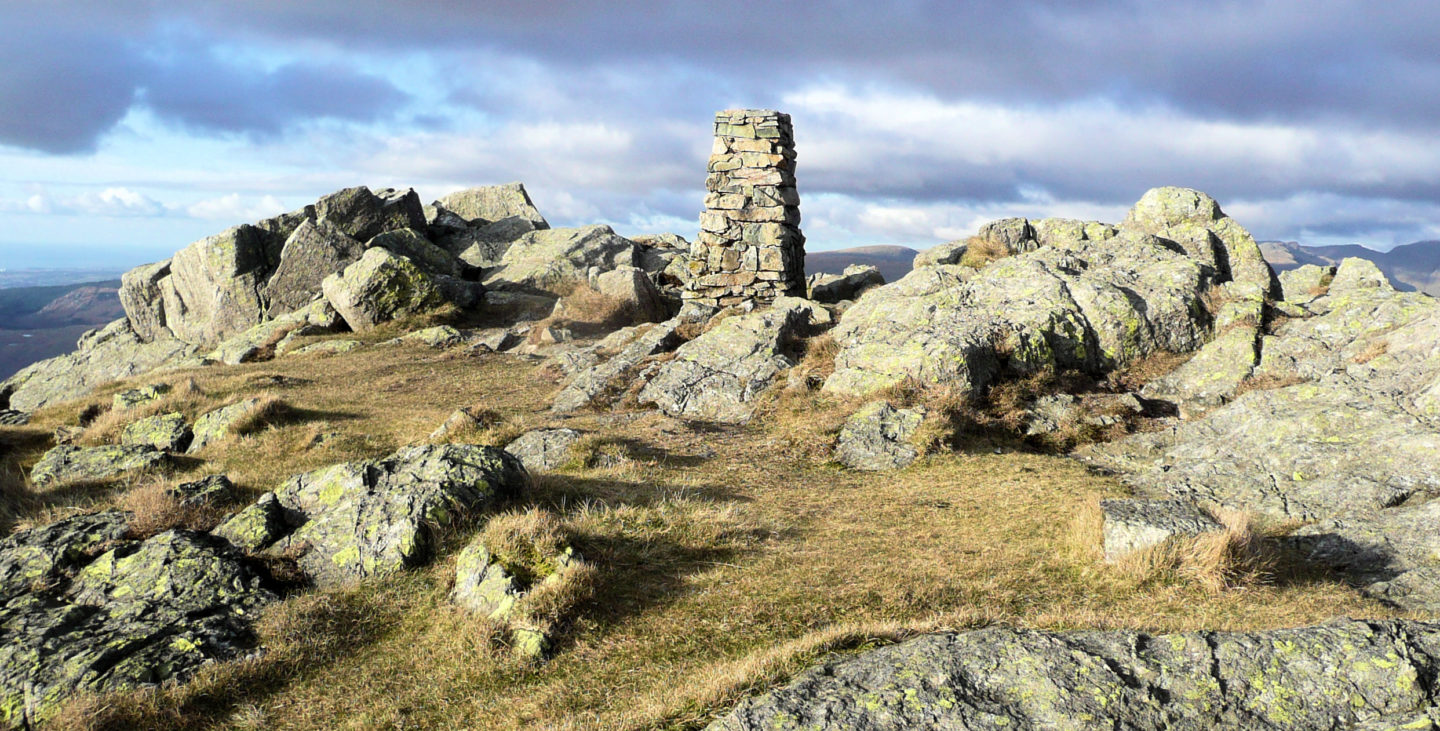 Midway between the Duddon Valley and Eskdale is Harter Fell. A rugged , steep sided mountain it stands on its own and is almost, and unusually, impossible to link with other mountains.

Whichever way it is approached Harter Fell is an attractive mountain. It stands isolated at the meeting point between the head of Eskdale and the Duddon Valley and can be climbed from either. I actually prefer the Duddon Valley approach (mainly because I really like the tranquility).  The first 500 foot is through some desolate forestry but this makes the emergence on to the fell side more enjoyable. Steep, heather slopes mix with short grasses. Hidden hollows with scree meet the summit cairn which is perched dramatically on one of the mountain’s many rocky outcrops. It is a fell which typifies the Lake District.

The views from the summit are superb, partly because Harter Fell provides a different angle to more familiar views. Harter Fell is the only significant fell in the area. To the north the Scafells and the range near Crinkle Crag stand out proud; further east the Coniston range are viewed from an unusual aspect. The lands to the south and west gradually slide away towards the Irish Sea. Although the fells are lower and less well known it still makes for excellent views. A very worthwhile climb in an inspiring area of the Lake District.

Do not be put off by the forestry. Much has been recently cleared and the views are open so still provides an ever changing and interesting climb.

The summit of Harter Fell is an almost symmetrical cone. Therefore it is easy to find the summit (just keep heading up to the highest point!) but less easy to pick the route down. In Mist use a compass. Head west for 50 metres then take a south west route down the steep fell side. If you have not found the path it does not matter. The compass bearing will lead you to the main path at the mountain’s foot. 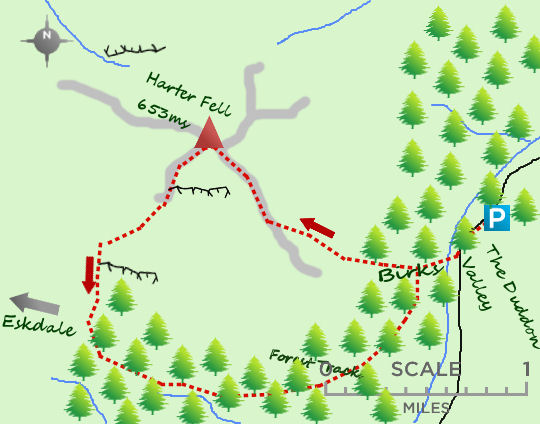 There is parking 2 miles north of the Newfield Inn. Cross the bridge and take the track parallel the river which leads to the near derelict outdoor centre at Birks.

The forestry at the Duddon Valley has been cut since Wainwright wrote his books. There is an excellent track to the summit.

Fells over the Duddon Valley