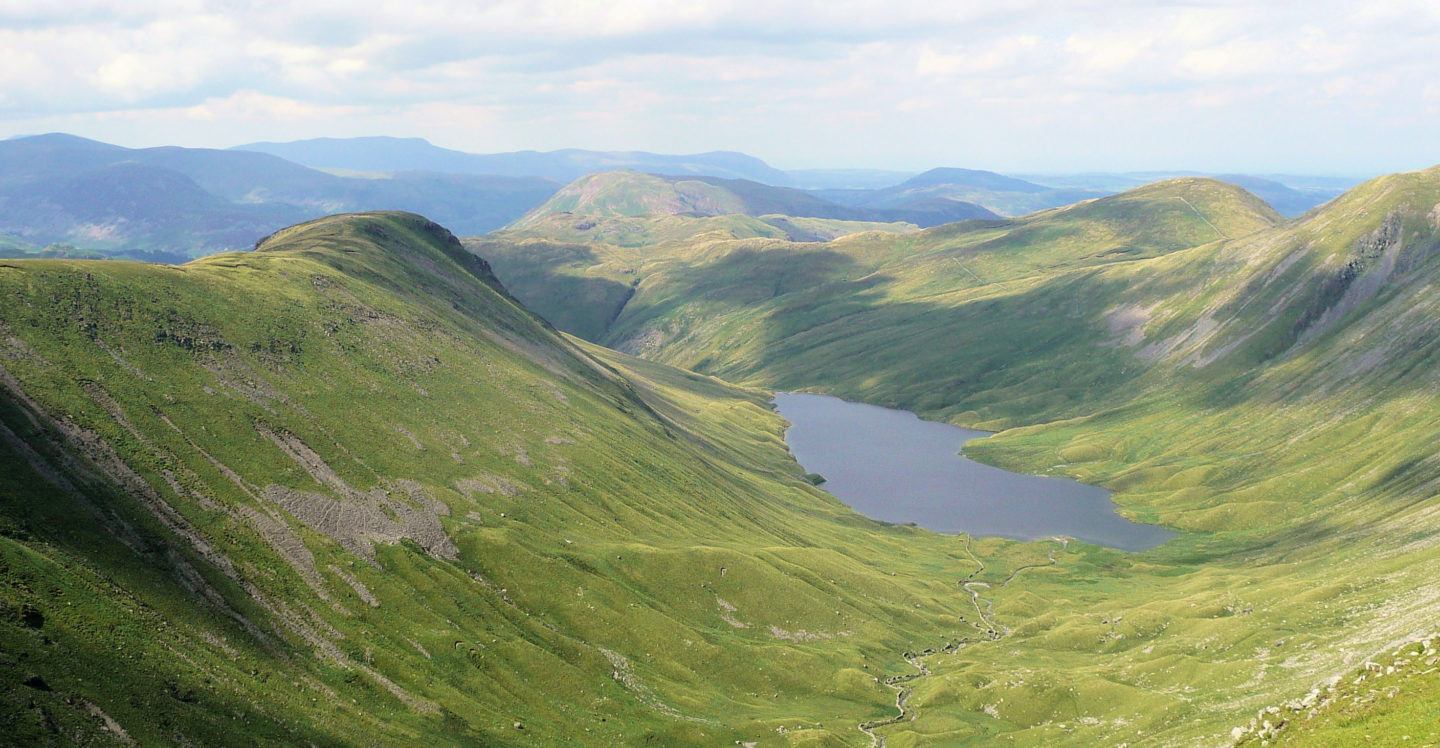 From Hartsop head up steep slopes to picturesque Angle Tarn. Continue east on to the main High Street Ridge with Hayeswater below and circle its head. Drop on to Grey Crag for a spectacular descent with amazing views.

The walk which circles Hayeswater and Angle Tarn gives a really enjoyable day. It is full of interest and variety, popular in places but quiet in others. There is such a choice of routes in these ‘Far Eastern’ fells that choosing the most enjoyable is part of the fun. I ended up opting for an ascent of Angletarn Pikes linking through to the High Street ridge, Thornthwaite Crag and completing the full round of Hayeswater. I had not been up to Angle Tarn for a while and it really is a fantastic place, one of my favourite tarns. It is full of inlets and crags which are overlooked but not dominated by the surrounding hills.

The walk to High Street is on a major path (part of the Coast to Coast) so I decided to vary the descent by coming off the lesser known ridge of Gray Crag. Coming off this ridge from Thornthwaite Crag is in my opinion the finest descent of any major fell in the Lakes. The ridge is initially arrow straight on a grassy path with fabulous views before dropping, seemingly vertically straight in to the deep ravine of Hayeswater Gill. The path is ok for a descent but would be unbearable as an ascent. The walk starts and finishes in pretty Hartsop which is a bonus on this very worthy circuit.

The main path bypasses a lot of the main summits on the walk. I would suggest detours to Angletarn Crags, the Knott and even Kidsty Pike as well as High Street.

The Hayeswater and Angle Tarn walk is one of my favourite 25 walks in the Lake District.

There are very obvious tracks on this walk. The difficulty is therefore when there is a choice. In particular after leaving High Street in bad weather keep to the path where steep ground is close to the right. You can almost sense it if you cannot see it!

Keep an eye on the compass here and make sure after 10 minutes walking you are turning in a more westerly direction. The problems occur by continuing south west. 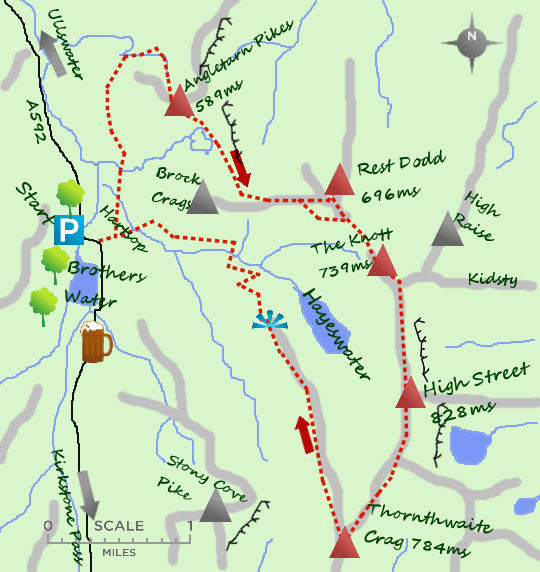 There is parking at Hartsop and a clear bridleway heading north