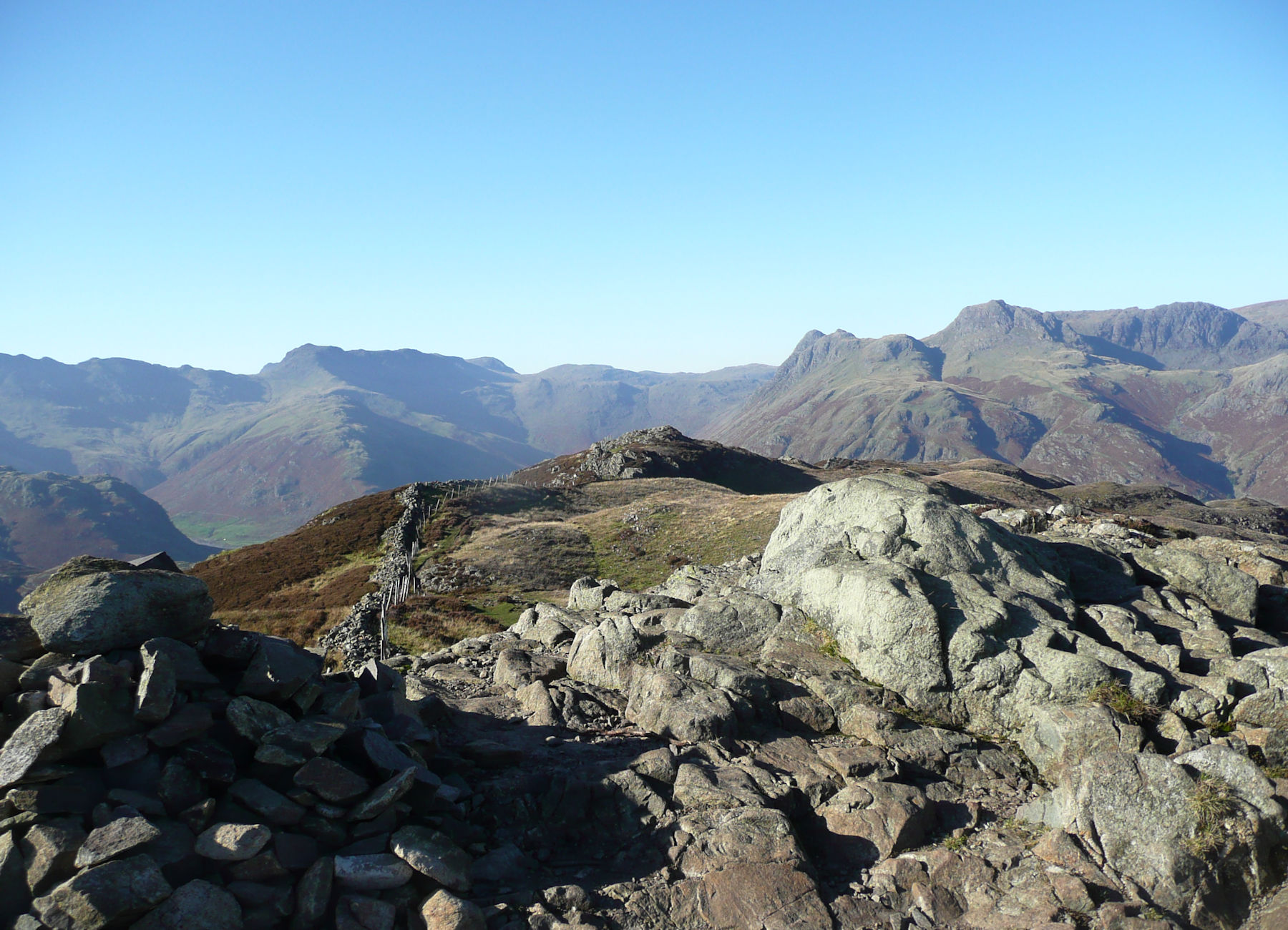 Lingmoor Fell is a fine mountain. Although its often overlooked by those heading for Langdale’s big names it should not be. The knobbly ridge and interesting slopes offer an interesting alternative, whatever the weather.

“Christ I’m buggered, climbed everything else round here but I’m buggered on this…..what’s it called?” gasped a sweating Yorkshireman. Nearby was an American who had just arrived “on these shores” and was staying at the nearby Old Dungeon Ghyll hotel. He was only a few hundred yards from the top of the road but he was sweating as well. However he was of a much happier nature than the Yorkshireman. “This is swell.. what’s this mountain called?” he started in an unmistakable southern drawl, before asking for the best vantage point. There was no way he was going to get to the summit but I directed him up the steep slopes to the col under Side Park. I have no idea if he got there but I was kind of hoping he would meet the Yorkshireman and they could compare notes.

These two unusual walkers said it all about Lingmoor Fell. It is a superb vantage point for the Langdale Valley. And surprisingly steep sided. It is more of an effort than supposed and has a lovely summit ridge which undulates for a fair distance before the summit cairn is claimed. The visit with the Yorkshireman and American was in stark contrast to my previous visit with the family where it poured al walk and the hill was awash. After each visit my opinion of Lingmoor Fell becomes higher. Amongst the Langdale giants it should not be forgotten.

A detour over Side Pike is worth it not just for the views but also for some pleasant scrambling.

From the summit head south west alongside the wall to join the footpath heading north west above a stream to the road. 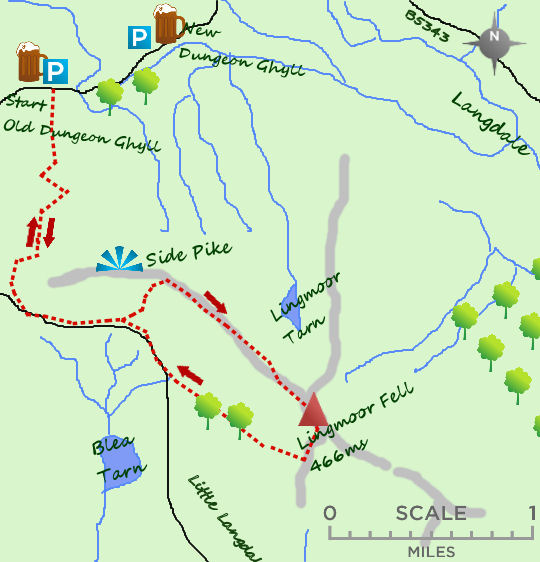 New Dungeon Ghyll. Head up the valley on the road before cutting through the campsite on to the track above the Old Hotel.

Good tracks throughout, avoid the road by doubling back on the route of ascent from the road high point.