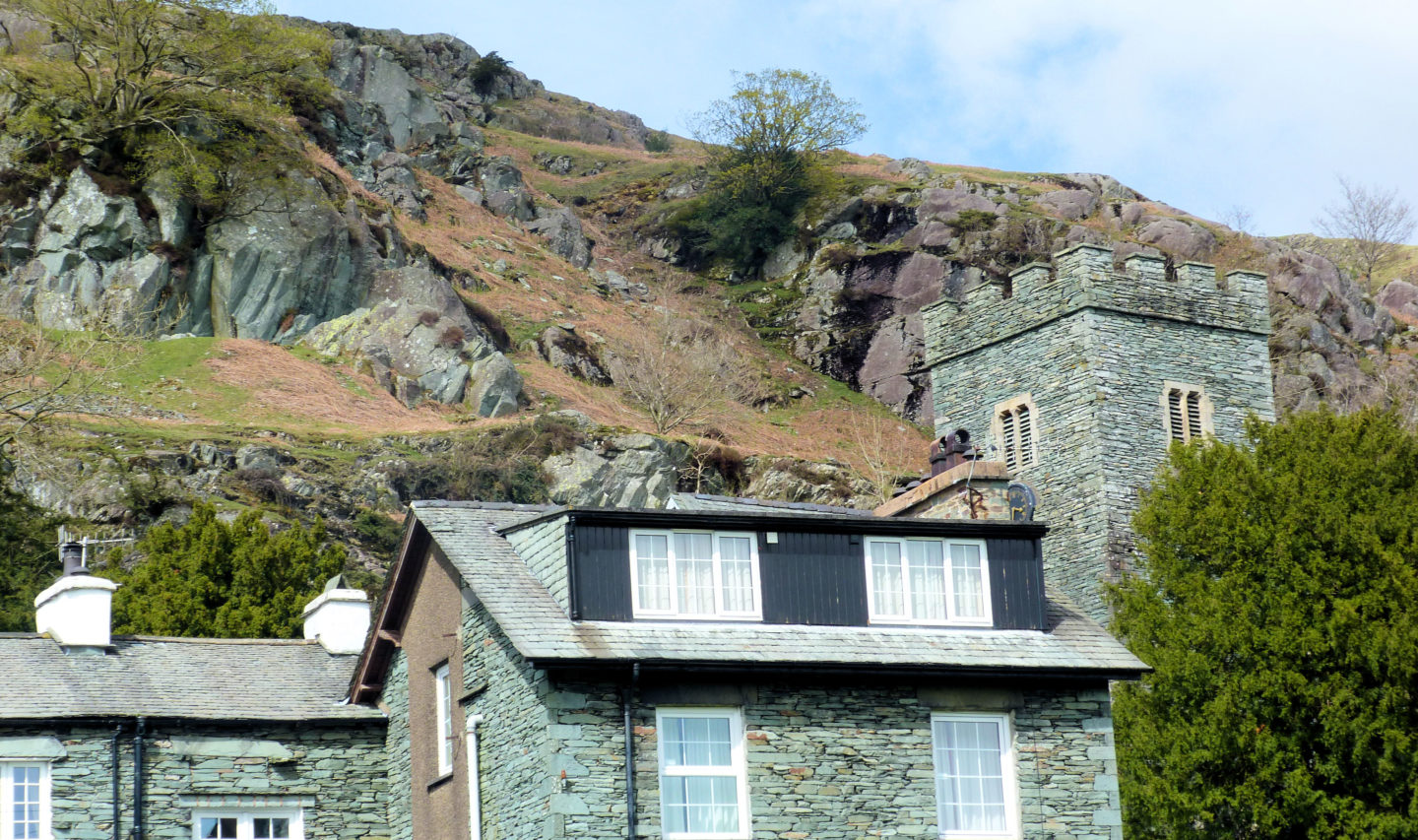 The walk up Blea Rigg from Langdale is full of character. The rugged terrain is typically lakes, rocky knolls and hidden hollows full of interest. As ever though it is the outstanding views you will remember.

1776′. For once chuck away the map. Instead simply enjoy wandering around the excellent high ground that lies between Easedale Tarn and the Langdale Valley without a map (or GPS). I headed for what I assumed was the summit of Blea Rigg and ended up on Sergeant Man simply because I was enjoying the walking so much. The reality is that Blea Rigg is just one of a number of very similar mini peaks dotted along the ridge. Each has its own small cairn. In more cloudy conditions than I had I would certainly recommend a compass if only to keep i roughly the right direction. However this is a walk where choosing your own route is the best plan. Either take to the many rocky knolls or stick to the lower more marshy ground. Whichever you choose you cannot fail to be impressed.

Blea Rigg from Langdale is part of a longer circuit around Easedale Tarn, a bit of an epic but highly enjoyable. The walk is at least eleven miles long and undulates throughout. However unlike many of the Classic Circuits in the Lake District does not include any Lakeland giants. Many smaller fells such as the Lion and the Lamb are included but none of great height.

Leave the clouds behind and choose a clear day. This makes sense on most walks but the navigation is distinctly tricky in the cloud. The views are superb as well.

Blea Rigg is an excellent fell to practice your compass work. The rugged ground and lack of paths on the ground makes it important to be heading on a suitable compass bearing in the mist. The overall bearing on the ridge is roughly 300 degrees. 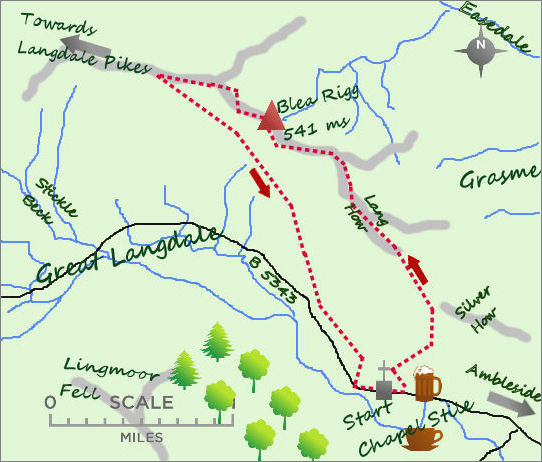 The paths on the broad ridge are little more than sheep tracks - follow them but do not expect them to lead anywhere. It is a walk to follow your nose...

The Wainwright Inn in Chapel Stile is part of the reason why Chapel Stile is a good start point, particularly in the sun and there is also a tea shop in the small village