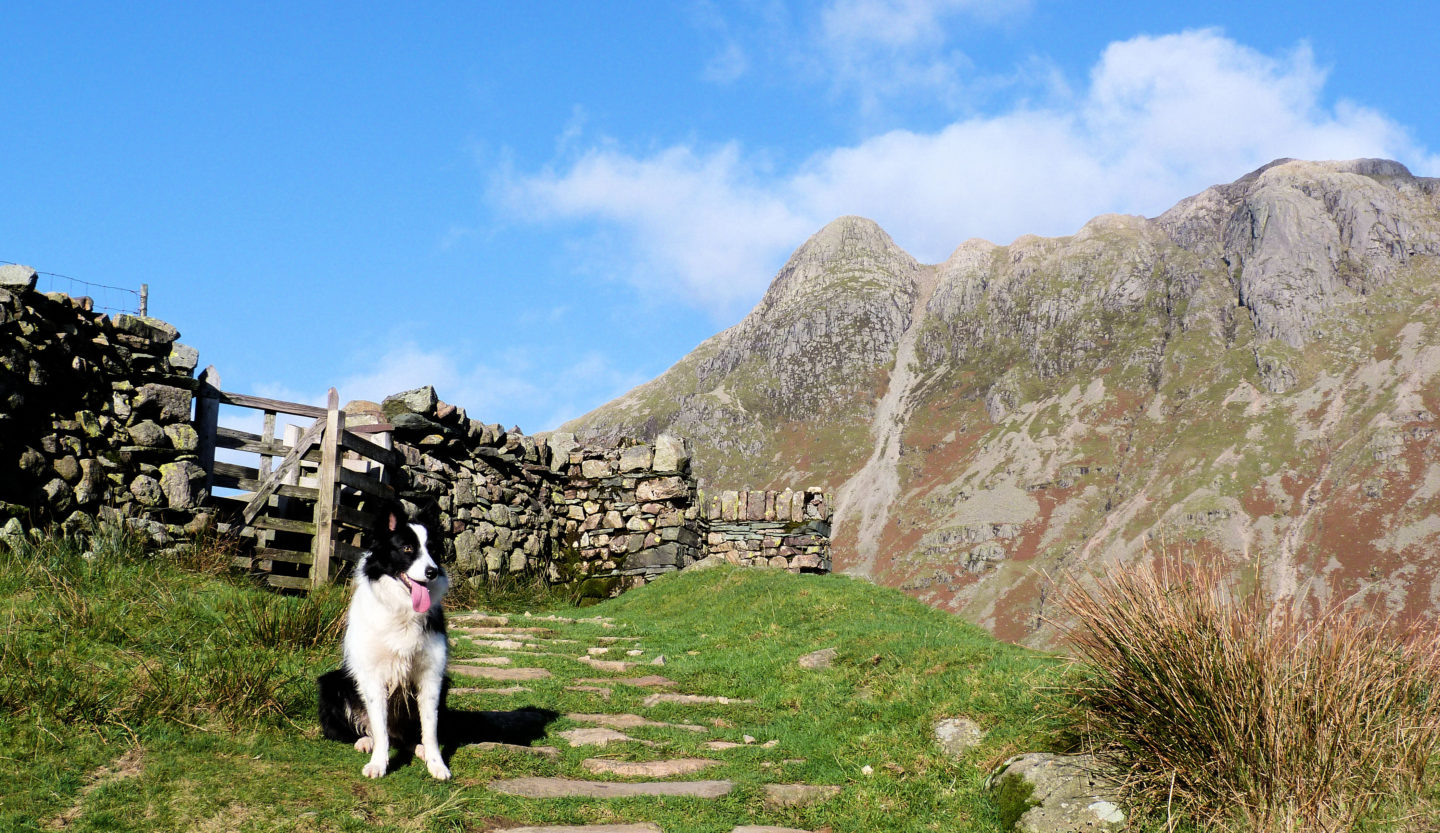 The climb over the Langdale Pikes is really a right of passage to the higher Lakeland Fells. The rocky paths and landscape make for a slow day and the lack of height not noticeable and little help! It is memorable.

Deservedly one of the most popular walks in the Lakes. It is worth savouring the day on the Langdale Pikes. Do not to scrimp and save time to tick the summits. On my last visit in 2021 I climbed by way of Easy Gully (the right fork at Jack’s Rake). I remember it as being straightforward in my youth. It was not, the scramble on to the boulder is distictly awkward. Tackle Jack’s Rake under the 400′ rock face of Pavey Ark at your own peril. It is a genuine vertigo inducing scramble. There are easier alternatives to the west or preferably the east.  The ascent to Stickle Tarn (at 1500′) is steep and well trodden. However once on the ridge the panorama opens up and the options are endless. The rugged scrambles up to the summit of Pavey Ark are followed by an innocuous stroll over the three famous Stickles of Harrison, Loft and Pike.

Although the pub and hotel at the foot of the Langdale Pikes are both named after the Dungeon Ghyll. The stream of that name is not used by walkers. Climbers may attempt the steep sided gill which rises a few hundred yards to the west of the popular Stickle Ghyll ascent.

I took the girls (aged 8 and 13 at the time) over the Langdale Pikes. They enjoy scrambling but we headed to the right at Stickle Tarn and round the back where there are opportunities for them to mess around. Pike O Stickle was fun too.

A snowy walk up Langdale offers another possibility.

Navigation Tips on the Langdale Pikes

In bad weather the area between Pavey Ark and Harrison Stickle is confusing. Not only is the ground rough but the paths confusing. Remember any dangerous, steep ground is to the south and east. Keep to a line just south of west before the path turns directly south to Harrison Stickle.

The best descent is at Troughton Beck. The path starts at a small stream at the low point between Harrison Stickle and Loft Crag. 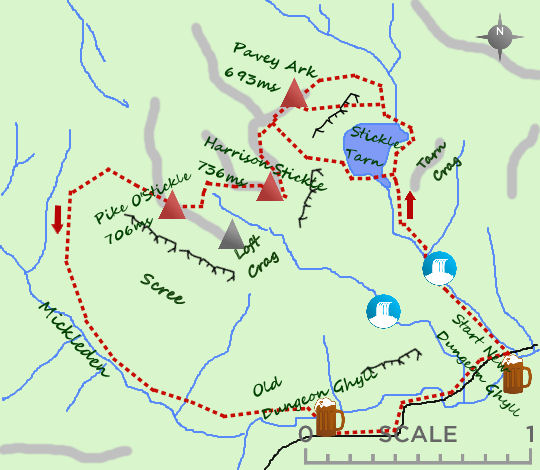 There is a steep climb of just under 2000' to the summit of Pavey Ark. Paths are obvious but eroded (although they have been improved in recent years) due to decades of pounding feet used since the Victorian age.

The New Dungeon Ghyll has a real walkers bar serving soup and sandwiches, the Old Dungeon Gyll is a little more exclusive but if you have a car drive a few miles south to the Wainwright at Chapel Style