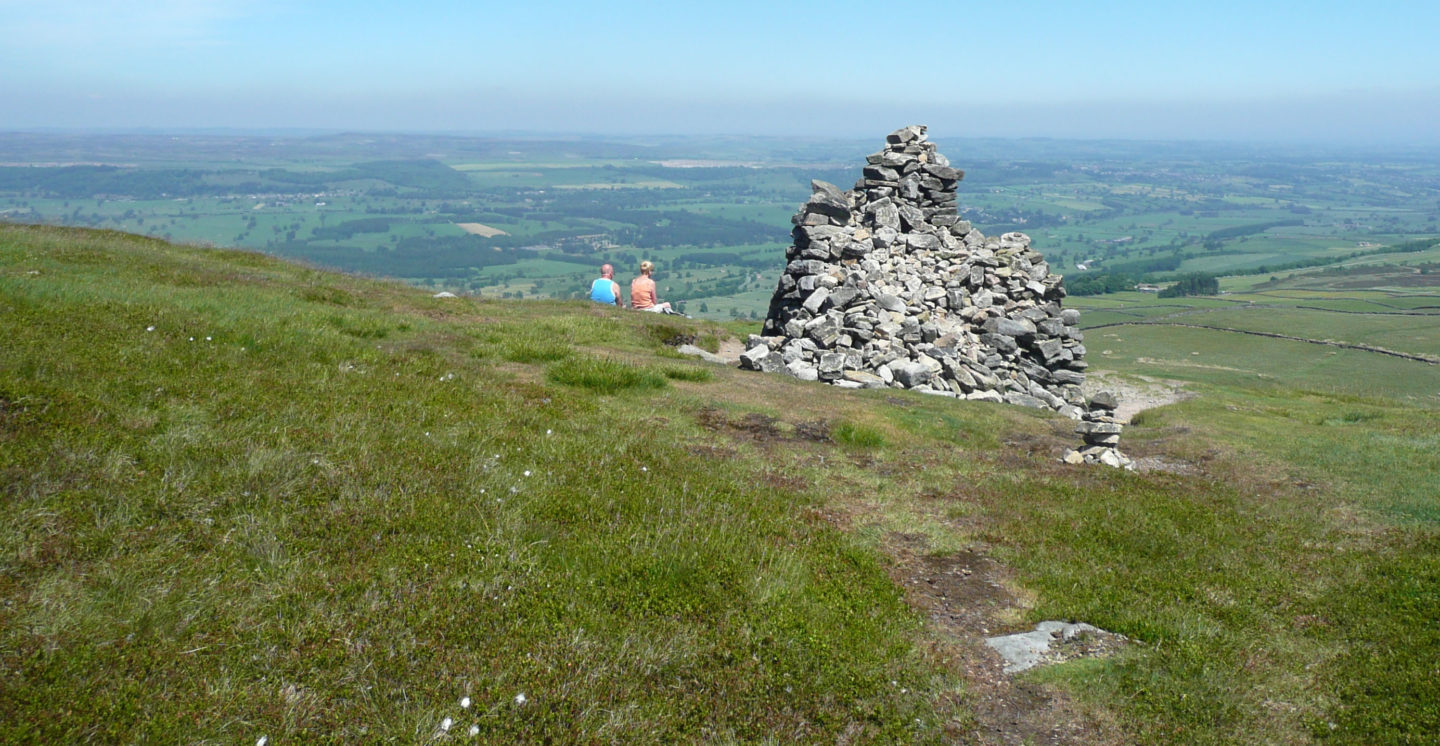 The prominent cairn of Penhill Beacon is easily visible on the southern slopes of Wensleydale. This walk takes you up on to the moors direct to the beacon before dropping in to the remains of the lead mining industry.

On my first visit I approached Penhill Beacon from the wrong side. Coming from the west I almost missed the large, and prominent cairn. On my second and subsequent visits I reversed the walk and approached the Beacon direct. After ticking off the high point of Penhill Beacon it is a steep scramble down Penhill and Black Scars to the remains of the old lead mining industry. Having explored these it is an easy descent on the Green Gate Lane and back to West Witton.

Penhill Beacon was part of a network of bonfires, strategically placed throughout the country, to warn the population of any invasion. There were two occasions when the beacons were lit. First when the Spanish Armada steamed up the channel and 300 years later when that rascal Napoleon was threatening our shores. Fortunately neither party set foot on our lands! The large cairn is situated on the final chunk of high land before the Vale of York. As a result Roseberry Topping is next in line many miles to the east. The area around West Witton is steeped in history, not just through the ancient lead mines and the Beacon but also as a centre of the Order of the Knights Templar during the 14th century.

It is a good, if not infallible rule, that views looking north or west are better than south and east. As a result the slopes of Penhill are perfect. The views down Coverdale and upper Wensleydale are particularly good. All in all a varied and interesting walk to do.

West Witton has a more interesting history than many Dales villages. In particular read up on the Order of the Knight’s Templar.

There are a number of footpaths and bridlepaths to follow on this walk. The footpaths are signified by a short green dashes on the map, bridlepaths by longer ones. However on the ground the only difference is when they come to a wall or a gate. Here the bridlepath must have a gate whereas the footpath may be a more awkward stile. 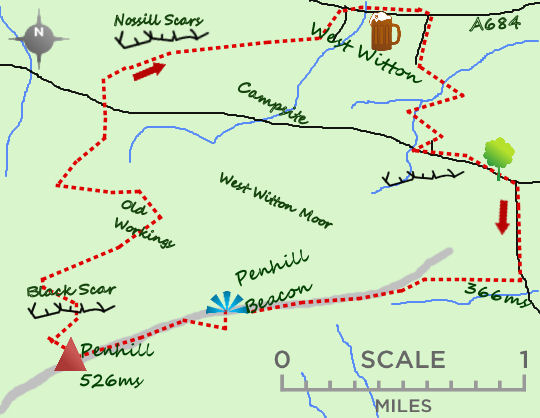 West Witton. Parking on the main road seems to be acceptable but head east and take the road to Melmerby.

The peat hags on the high land can be troublesome and the land round the lead mines also rather wet, there is a wonderful array of boulders under Penhill Scar for those wanting a picnic away from the wind.

I have not eaten in the Wensleydale Heifer but apparently the food is excellent but for a pint stick to the Fox and Hounds, comfortable and pleasant for the sweaty walker.