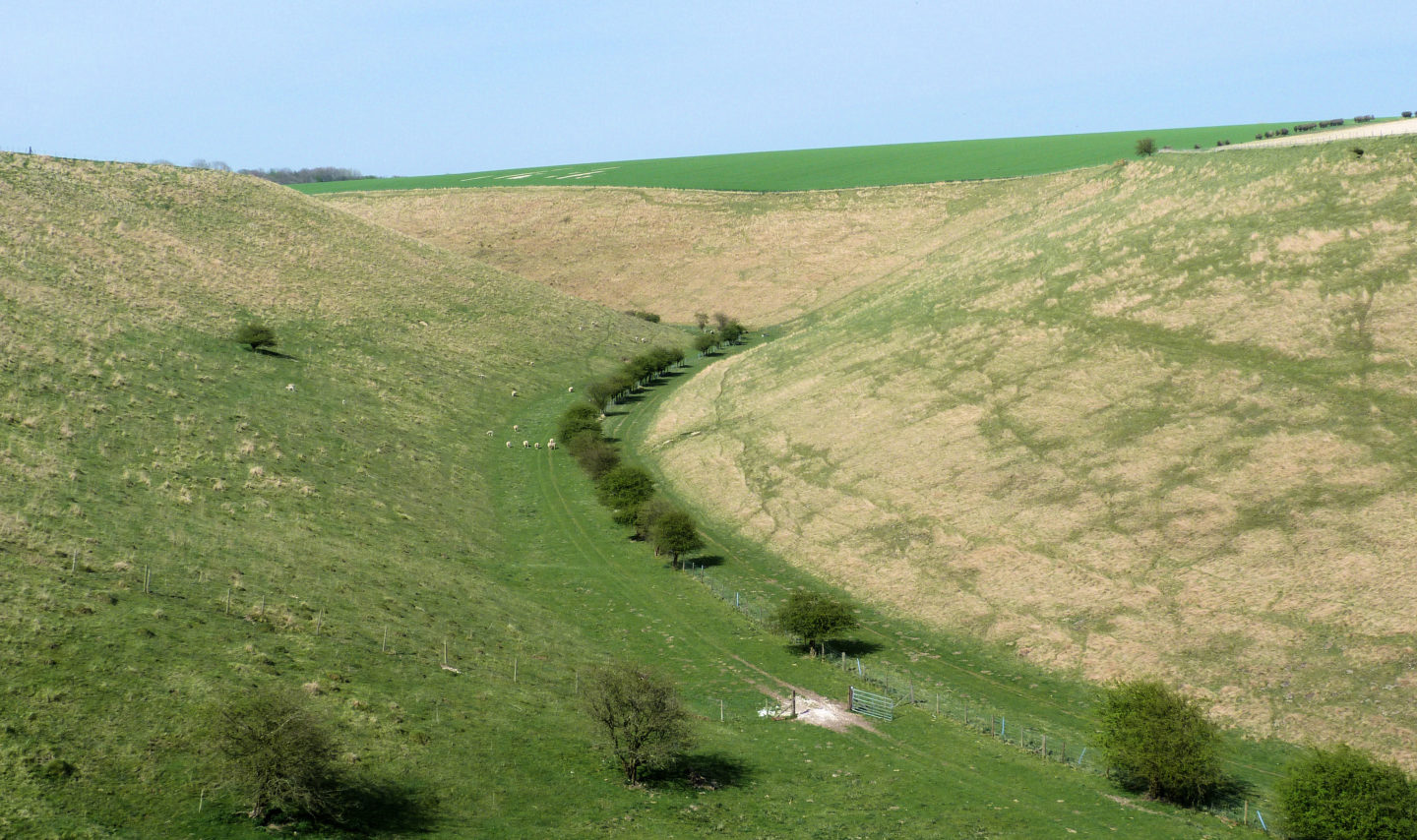 The walk through the dry valleys of medieval Cottam is an eerie experience. The valleys are extraordinarily uniform and the villages and buildings impossibly perfect. It is a toy landscape.

This was one of those (obviously rare) occasions when I had not planned the walk. I wanted to be surprised and explore this intriguing area. Cowlam was the first stop,near impressive Sledmere House. It is a small hamlet, all that remains of a deserted medieval village in which the impressive St Mary’s church stands out alongside the other preserved buildings. It is believed that the Black Death caused the abandonment of the village. Further on is Cottam. On arrival at Cottam I expected to see some genuine remains of a medieval village, I didn’t. Archaeologists may be in their element but the rolling burial grounds did little for me, even if the derelict church is imposing on the approach.

However the most memorable aspect of the medieval Cottam walk is the extraordinary, steep sided valleys that characterise the area. The paths are marked on the map but there is a feeling of walking in a maze. This is due to the steep uniform valley sides which offer an impregnable barrier between you and the world outside. At least the paths in the valley floor are good though. The lack of views in the deep valleys are made up for on the two mile return walk from Cottam. Here you can enjoy the many miles of rolling countryside including parts of the Vale of York, Humber and Yorkshire Wolds.

Back to the valleys! These are extraordinary, V shaped with steep sides leading onto the fields above. They formed roughly 15,000 years ago when the glaciers of the most recent ice age retreated. The rivers which were left flowed over the top of the frozen (but not glaciated) ground creating the traditional V shape of river erosion. When the land below ceased to be frozen, the porous chalk bedrock allowed the water underground and the valleys became ‘dry’. Only after exceptionally wet weather do these valleys have streams.

Cowlam Manor is worth the detour with its old church and traditional brick outhouses.

Navigation Tips on the Cottam walk

It is easy to navigate this walk. However take your map anyway and look at the contours depicting the valleys. It is a great way of matching map to land. The more you just look at such things the easier it is to imagine the land ahead when looking at a map. 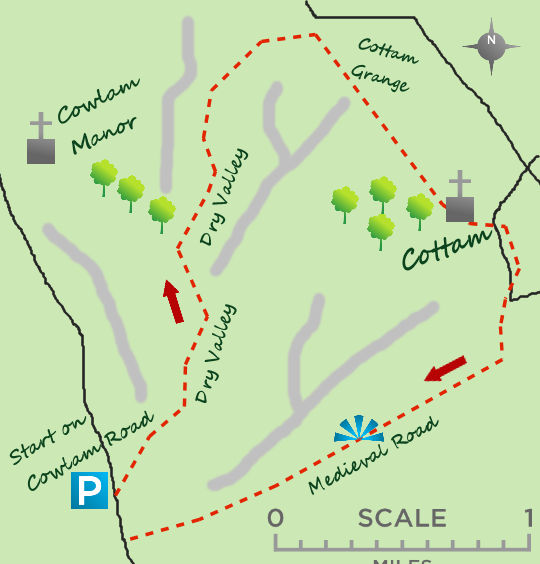 There is some roadside parking on the Cowlam Road - a road that leads directly in to Driffield. Take the signposted footpath towards the Manor.

Excellent walking, stick to the valleys and there is little that can go wrong. The return from Cottam is arrow straight

Stedmore and Driffield are nearest places to eat and drink, Sledmore is very pretty whilst Driffield has more choice.