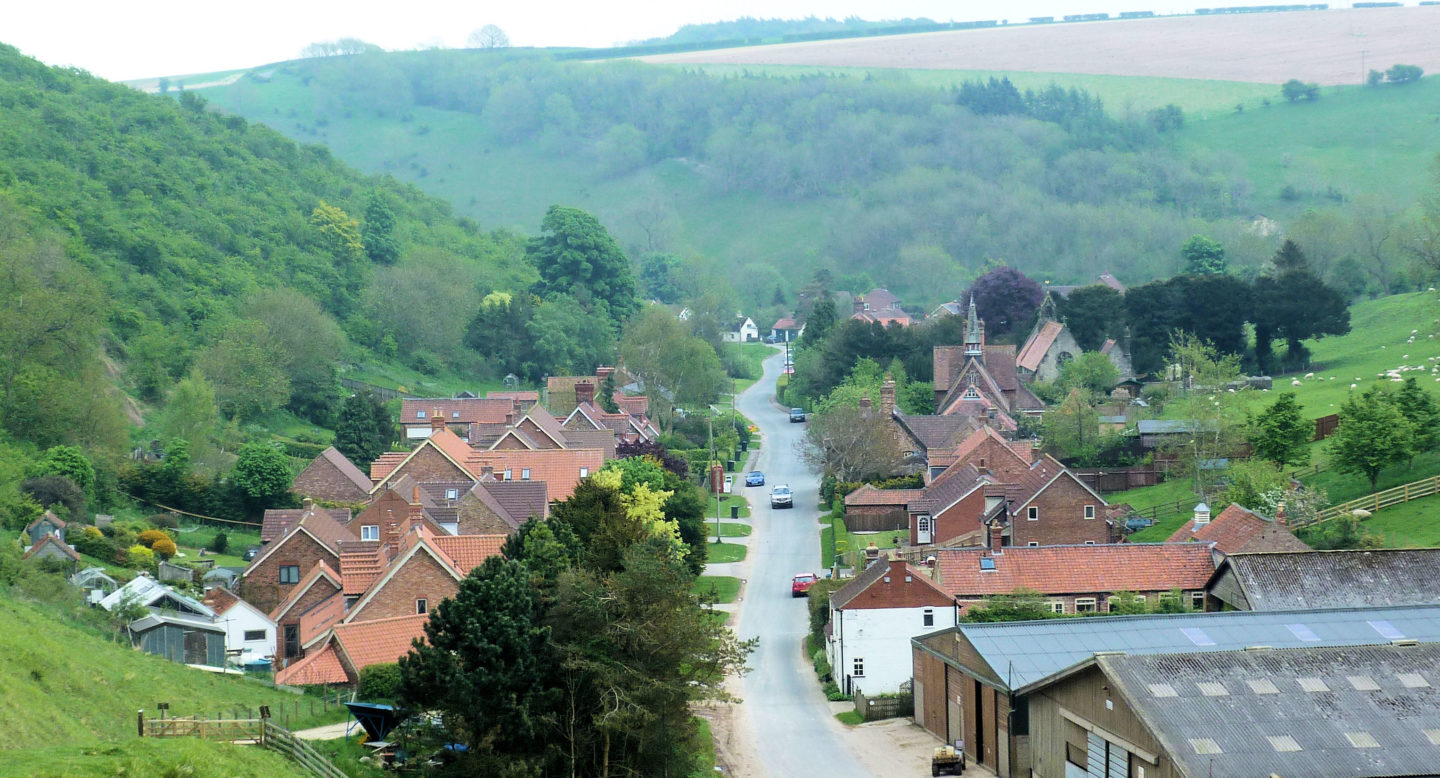 The dry valleys of Thixendale are the main attraction of a delightful walk in the Yorkshire Wolds. The paths are very good and the villages of Thixendale and the church at Wharram Percy book end the walk perfectly.

Thixendale is a little gem, tucked deep in one of the impressive chalk valleys which so characterise this part of the Yorkshire Wolds. The walk itself tends to stick to the higher chalk scarps rather than the valley floors. As a result this retains the views and is easier walking. However it also means that the section leading in to Wharram Percy requires repeating on the return. However the other part of the walk’s return can be varied by continuing west on the Wolds Way.

I headed off to Deepdale to visit the ancient village of Wharram Percy with the remains of a still impressive church. Wharram Percy is an exceptionally interesting and well researched ruined medieval village. There has been a lot of excavation undertaken around the village which thrived between the 9th and 15th century. The church has survived better than anything but the remains of houses and other building can be seen and are worth an explore. It is even possible to walk beyond Wharram Percy and return via its namesake farm.

A bit of Geology

The most intriguing aspect of the valleys is they are almost inevitably dry, despite the steep slopes. The valleys themselves were created at the end of the last ice age, 15,000 years ago. Here fast running water creating deep valleys on the frozen ground. However being on a chalk bedrock means the normal streams drain away leaving a unique and almost uni formerly dry landscape.

Avoid the cows in Deep Dale which are over friendly – say no more.

Navigation Tips on the dry valleys of Thixendale walk

The entire walk is on the Wolds Way or one of the many Centenary Way long distance footpaths. This means it is well signposted. The Wolds has the smartest signage in the north of England! 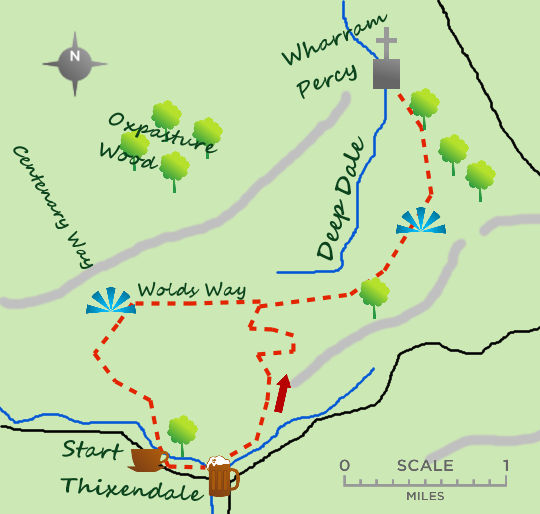 Park near the pub and then walk past it on the the signposted path which carries along the side of the hill and parallel to the road.

The paths are clear and easy to follow, sticking as they do to the higher ground and always being part of one of the 'Ways' are well signposted

Thixendale has a gem of a pub, the Cross Keys, and a small village shop and tea room, nice to sit out in when the weather is suitable

A walk in Harwood Dale