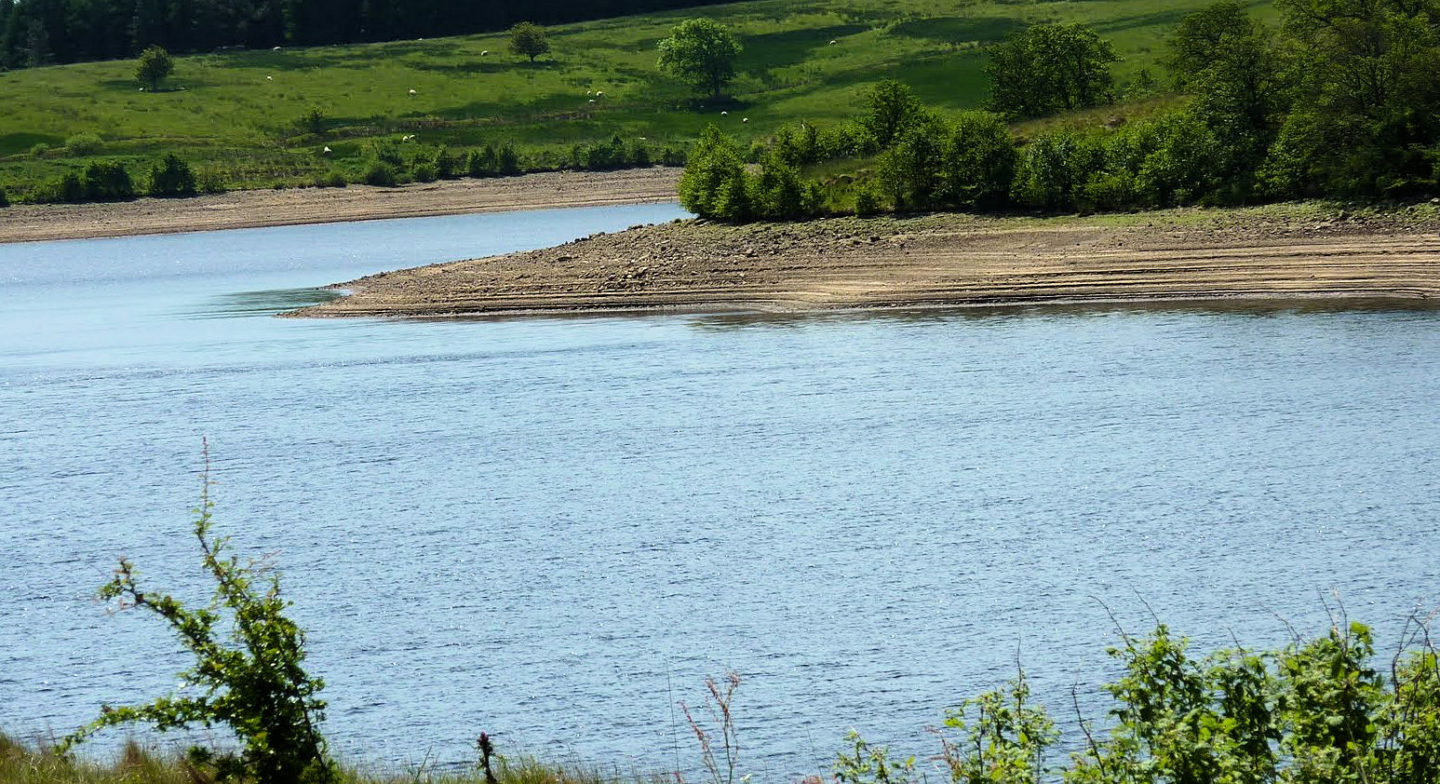 The walk round Stock’s Reservoir is full of interest. Much of it stays close to the water’s edge. However in places the tracks venture inland and are much the better for it.

Knowing the history of Stock’s Reservoir helps increase the enjoyment of the walk. An entire village had to be constructed to house the 500 workers and their families. During the ten years of 1922 and 1932 the reservoir was built and people lived there before the then Prince George opened it. Afterwards they moved on to the next construction project. At its highest the reservoir holds a billion litres of water, mainly serving the Flyde area of Lancashire. When I first walked this route the reservoir was particularly empty and I could not help but worry for the recipients of the water in Flyde!

However despite the low level water level it was wet and windy when I visited. A great day for the wild fowl the many fishermen who make use of the well stocked lake. I headed off north to follow the well signposted route but the walk could easily be taken the other way round. I extended the walk up the upper end of the Hodder valley as it is a remote and interesting area. Here isolated farms and wild moorland adding a nice contrast to the reservoir and woodland that typifies the remainder of the walk.

Apart from its reputation as an excellent place for fishermen, bird watching is the main activity. Up to thirty species of wild fowl have been spotted on the shores, with special bird watching hides dotting the shores. It is an area rightly protected and the walker needs to compromise his wanderings and stick to the track. It may be a long way round the reservoir but if you keep your head up and be watchful for the wildlife speeds it up.

The path round the reservoir and through the Gisburn Forest section is on a permissive path. As a result this is marked on the O/S map by orange dashes. It does mean the route may vary than that shown. 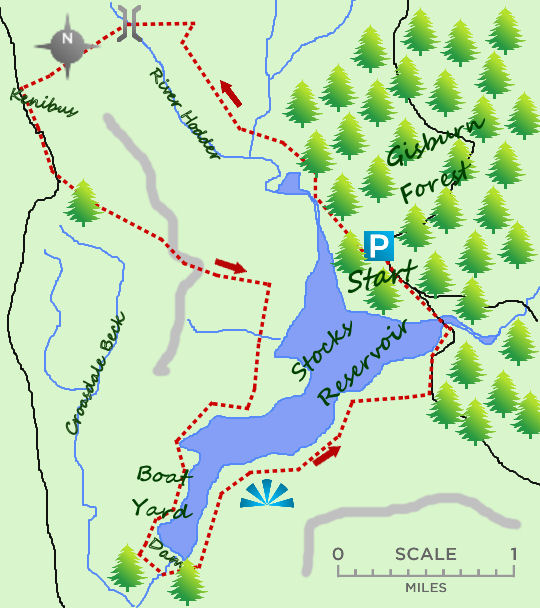 There are 2 possible starting points, the fishing centre or the parking spot on School Lane beside Stocks. I prefer heading north from the car park and exploring the Upper Hodder Valley early in the walk.

The path is excellent throughout and well signposted. It appears raised for all the west side and is great to walk on.

There is a tea shop at the fishing centre at Hollins House which is welcome. Otherwise it is a drive to Slaidburn.

A walk in Gisburn Forest