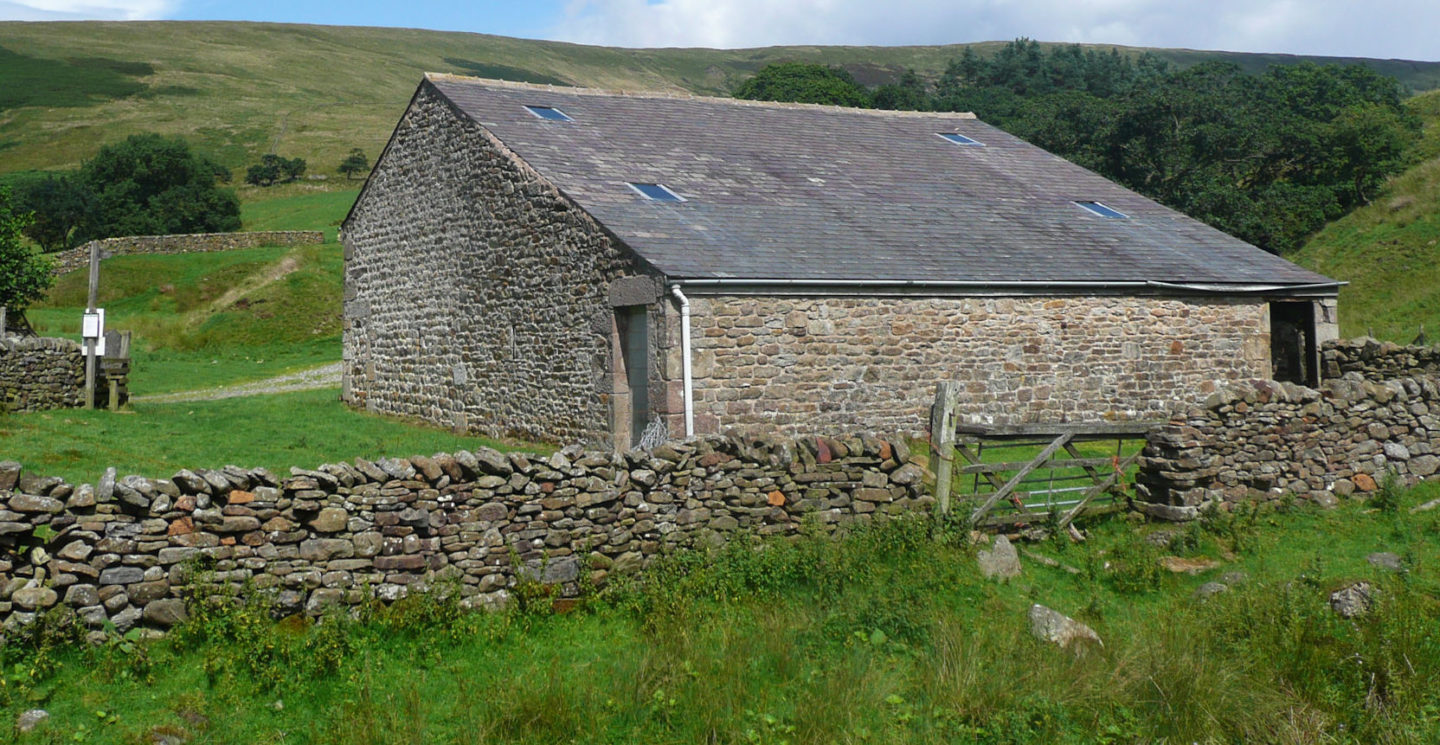 There is some wonderful, unspoilt countryside lying to the north of Dunsop Bridge. Having enjoyed the solitude the tracks emerge at the Trough Of Bowland before returning via Langden Brook.

Heading north from Dunsop Bridge brought me in to the heart of the Forest of Bowland. I was inspired to investigate the remote valleys by an ex work colleague. Her enthusiasm for the peace, exceptional bird life and lack of people drove me to walk this route. Inspired I combined this with one of my section of road, the V that marks the Trough of Bowland.

The tarmac track that started the walk was pleasant enough. However I was stopped from circling remote Middle Knoll by the warden who said that a Tawney Eagle was nesting up the valley so could not be disturbed (2013). This is unusual but buzzards and oyster catchers are less so. It is certainly a wonderfully peaceful spot and well worth a visit. From Brenand Farm there is a steep climb over the slopes of Whin Fell in to the Trough itself which presented some lovely views in a genuinely wild and remote setting.

From the Trough it is an easy walk back along the road. However there are many detours worth taking including a lovely stretch of riverside from the parking area at Langden Brook. To me Dunsop Bridge is the best place to be based for a walking break in the Forest of Bowland. The village is lovely, the setting peaceful and the walks of the highest quality.

I have not been round Middle Knoll since it would add one mile but I suspect worth it.

Navigation Tips at the Trough of Bowland.

Avoid some of the road walking on the return by taking the very pleasant permissive path (marked with orange dashes on maps) from the parking just south of Sykes Farm. 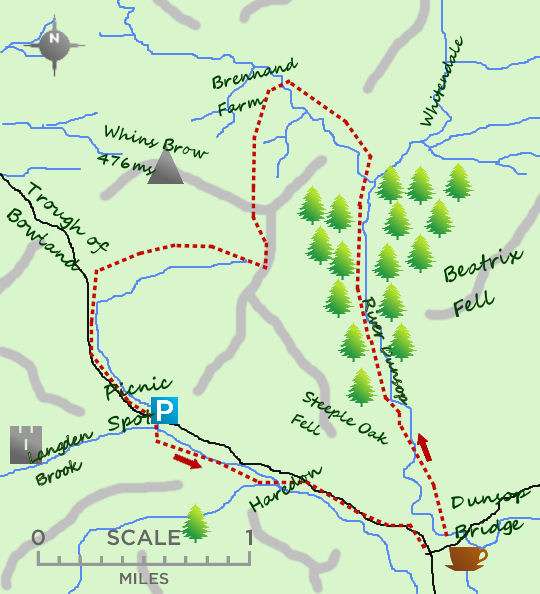 There are good and clear paths throughout. However much of the walk is on tarmac so I avoided this on the return by taking the riverside track from Langdon and cutting the final corner to Closes Barn

The Puddleducks Post Office and tea shop is lovely with interesting nic nacs and home made cakes. 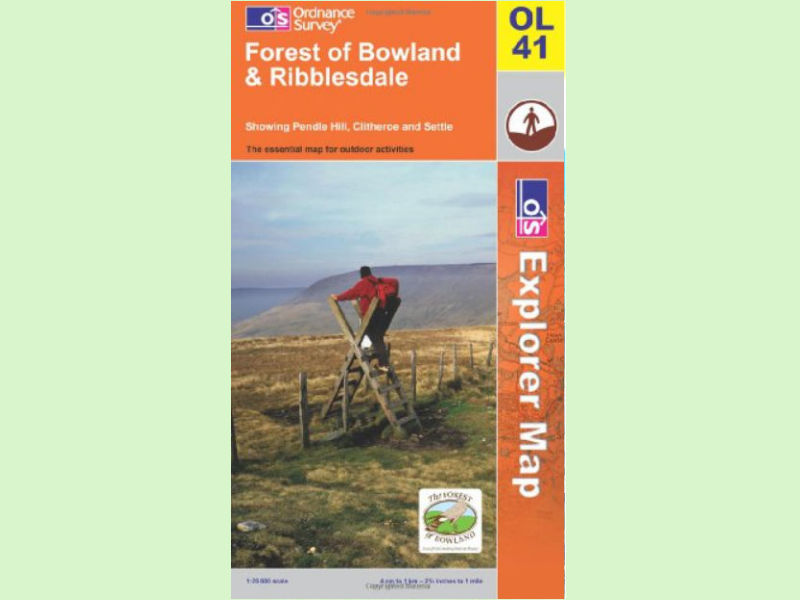