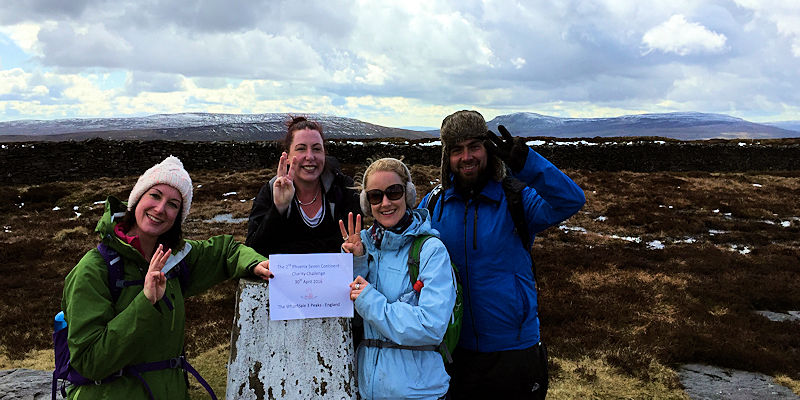 Home > The Hills ARE an Outdoor Playground

The Hills ARE an Outdoor Playground

I received a letter the other day complaining about the difficulty of a climb up Blencathra. He said it was too dangerous and finished his letter with the phrase “the outdoors is not a playground, it is a dangerous place”. I nearly fell off my bar stool. Of course it is a play ground.

If the letter was in isolation it would not bother me, some people are like that. However there has been a number of different incidents that taken together are making people’s perceptions of walking an increasing concern. We are starting to make the outdoors and, particularly the hills and mountains, look like a place to be avoided.

Instead of encouraging people to come and walk we are putting up barriers to make it more and more difficult. It is a dangerous precedent.

The press are of course mainly to blame. They love stories of drama, accidents and incompetents on the mountainside. They are right in that such people exist but really they are few and far between, irritating as they are. Very few walkers die in our outdoors, those that do tend to be through heart conditions or climbing in the wrong time of the year (ie: winter in the snow) and extreme weather.

Even minor injuries are rare (I do not count blisters or tiredness). For the thousands of people I have guided or taken on courses I have only had to call the Mountain Rescue twice and one of those was on a river bank a few miles from Settle!

Fun in the Outdoors

The consequences of taking the fun and adventure out of walking is people will simply not do it. Normal people will not want to come and walk. Instead it will remain the domain of super fit, immaculately kitted, safety conscious walkers. We should be encouraging the young, the inexperienced and even the more reckless on to the hills.

Unfortunately these positive messages are lost due to a large extent from the press coverage taken from well meaning authorities, walking groups and mountain rescue teams.

This is increasingly the perception and its the perception that is important. Today any walker heading in to the hills needs to be a world expert on navigation (on most walks compasses are not important) you need to kit yourself up with £350 jackets, £250 boots and all the rest of the paraphernalia that allegedly keeps you safe. I have no idea how I climbed Wainwrights with green flash trainers, a guide book I did not understand and a white bread sandwich with processed cheese, but I managed it! I accept there is a balance today but let us not make it all so serious.

Any visit to the countryside appears to entail running the gauntlet of angry landowners/farmers/locals (vast majority are actually fine), the walk should only be done in perfect weather (rubbish) and god forbid you take a dog out with you; it will without doubt get shot. Why bother going out to walk. Accessible, you would think not.

There is undoubtedly a superior element within walking authorities who are so safety conscious that they actively discourage many potential people to go out walking.  The irony being that many of these ‘experts’ are older people who themselves were much more reckless in their younger days.  Actually getting lost a few times is not serious (we have all done it) and part of the fun. In fact the stories told about getting lost are the best stories and encourage people to return. I reiterate, nobody dies by getting lost in summer.

With all this going on why would anyone wish to venture out and about, let alone have the temerity to enjoy doing it.

Which brings us to our excellent and volunteer led Mountain Rescue Teams. I know a number of members of Mountain Rescue Teams and to a man or woman they are happy to do their job of rescuing people who get in to difficulty (they are volunteers after all). If someone slips and breaks a leg and need to be taken off the mountain that is fine, a genuine accident. If someone is on Ben Nevis in high heels (or wrapped in a duvet-a recent case) they are unimpressed. If someone heads up a hill without a map they are unimpressed. Mostly they are unimpressed when people call when there is nothing wrong. This is just stupidity and if there was a sensible way of doing it such people should be fined or seriously embarrassed.

There has been a significant increase in call outs in the last few years and this is well publicised thereby increasing the perception walking is dangerous . The reality behind these figures is that it is simply easier to make the call than it ever used to be. Pre mobile phones you had to sort yourself out, not any more. Phones are handy and the Mountain Rescue lads and lasses are becoming an advice service (think A and E on the hills). I simply do not believe more people are getting in to genuine trouble than they used to.

Education is the route forward, education on when to make a call out and maybe a veiled threat to embarrass the unnecessary call outs (or possibly fine them). Unfortunately you cannot stop all idiots hitting the hills (just like in all walks of life) but you can educate and encourage the majority.

Being outdoors should be an adventure

We need to make venturing in to the outdoors a fun activity which is accessible for all. My friend Debbie North recently climbed Blencathra in a wheel chair, it was fun, fun for her, fun for her husband and fun for me. We still laugh about our tricky descent to Mungrisedale Common, it was an adventure and we need adventures. Yes it pushed us a little beyond our comfort zone but so what.

People I take guiding enjoy it most when they are pushed, a bit of an adrenaline buzz/even perceived danger does no harm. Walkers taking my navigation courses want to learn the skill because they want to go a little further and enjoy more of our outdoors. They learn because it is fun (not serious) and they crave a bit of excitement in their leisure time. Lets not put them off.

Walking is fun, healthy and should be easily accessible. It is not a dangerous activity. We are presently going down a route that makes it the exact opposite. Sadly it is in the dna of the world today to overlay safety at the expense of fun.