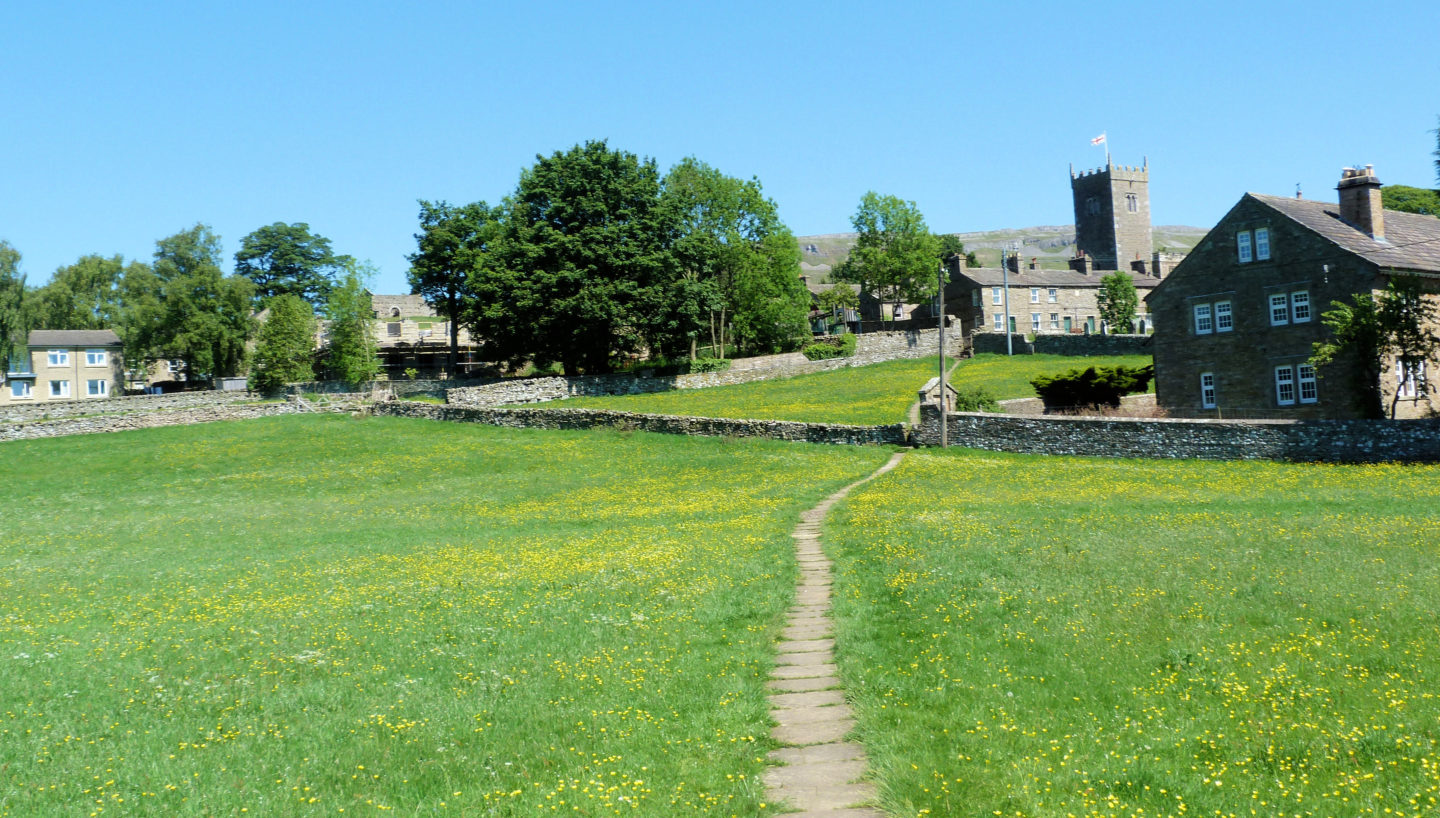 A Short Walk near Askrigg

Bainbridge is the base for this short walk near Askrigg. It is a summer’s walk, a straightforward stroll in the heart of Wensleydale.

I have always felt that Bainbridge deserves more than being a simple staging post from Hawes to Leyburn or as the access point to Semer Water. The village itself is pretty with exceptional views from Scar Top. Scar Top overlooks the dale. It is a remnant of the last ice age when the last glacier retreated down the valley. As it retreated the glacier ripped of the soils and bedrock on either edge, revealing the exposed limestone. Since then the rock has fractured and broke up, providing plenty of loose stones for the farmers to build the dry stone walls. In addition there is some delightful riverside walking between Bainbridge and Worton. Askrigg is an additional bonus on this short walk as is the rarely visited hamlet of Worton. In fact Askrigg could be easily used as the start of the walk.

There are a number of Roman remains in the vicinity of Bainbridge including the staging fort at Virosidum just to the east of the village. It is not widely publicised and not easy to get to. However the landowner seems ok for people to have a quick look. It has been widely excavated and thought to have been built in roughly 90 AD and measures 100 metres in length. Nearby is the Cam Road which was originally built by the Roman’s and links the fort with other settlements further south.

The old railway that ran to Hawes and Garsdale lies along part of the path before you reach Askrigg. There are many thoughts and plans to reopen this section of the line (to Hawes) which would be great. Have a look at it as you walk this section.

Navigation Tips on a short walk near Askrigg

Try and avoid any walking on A rated roads. The A684 is busy and fortunately this walk only includes a very short section at Worton. 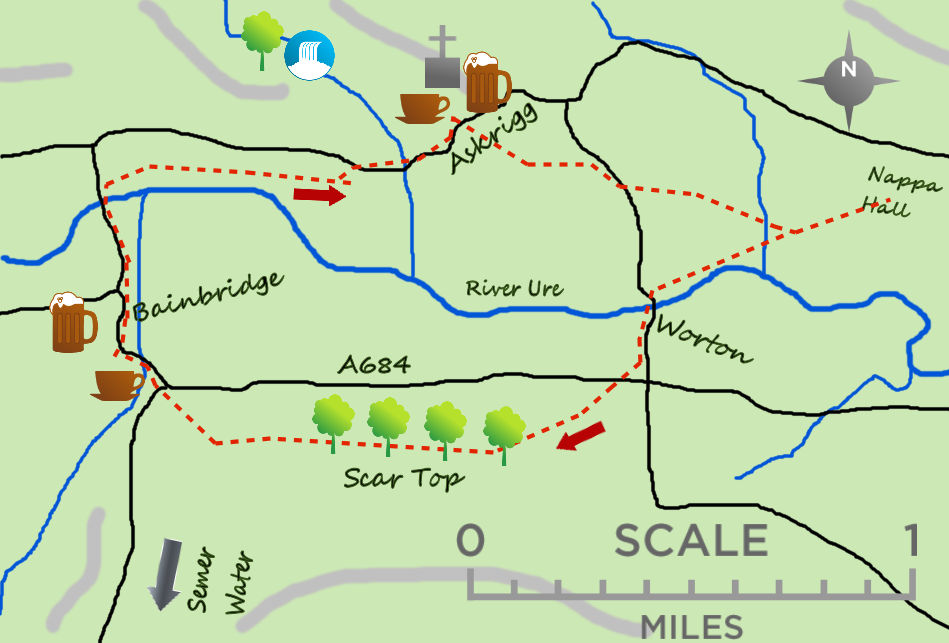 Park near the Cornhill cafe and head north past the playground towards the bridge over the River Ure.

Easy walking on good paths, fields and quiet lanes. There is a little bit of a pull up to Scar Top from Worton.

I am a big fan of the Cornmill Cafe in Bainbridge but there is also a pub, the Rose and Crown.