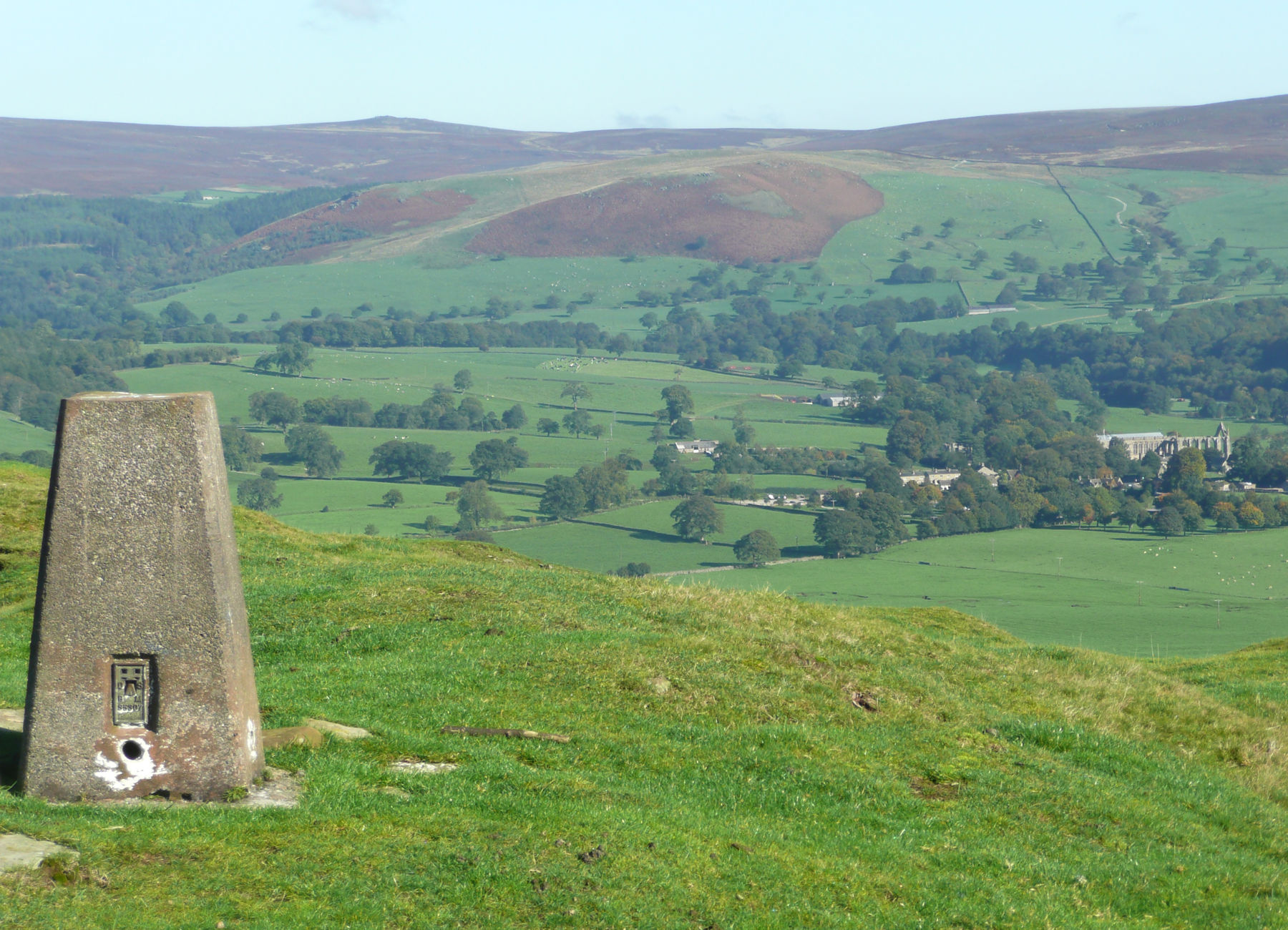 The walk from Addingham to Bolton Abbey initially climbs to Haw Pike past Chelker Reservoir efore returning along the River Wharfe. There are some lovely views from Haw Pike whilst Bolton Abbey is of course special.

An intriguing walk which follows the River Wharfe as it leaves the National Park and heads towards, but not yet reaching, the urban areas of West Yorkshire. It is also one of the best routes to explore Bolton Abbey. The abbey is initially glimpsed on the route down from the high point of the walk at Haw Pike trig. Having passed through Addingham golf course there is a sharp climb to Chelker Reservoir and Haw Pike. As a result the remainder of the walk is laid out in front of you. In particular you can see the return route along the Wharfe.

Chelker Reservoir is a much better place since the rusted turbines were removed in 2015. Despite being someone who is concerned about the environment I find myself increasingly anti wind turbines on the land. The power that they actually generate is only part of my concern. It is more the environmental impact on their construction and devastating results when they are finished with.

I visited Beamsley Woods on the return before dropping back to the River Wharfe bankside path. Many will want to climb Beamsley Hill and fair play as it is a good vantage point. However I was keen to admire the power of the River Wharfe and explore the spectacular weir at Addingham so the woods and river won out.

Take time to explore Addingham. As an old textile town the mills are still there to be seen and visited, Low Mill surviving as a viable industry as late as 1976.

This is one of the rare occasions I visit a place that is not in access land or on a right of Way. Haw Pike has such spectacular views. Tut tut. 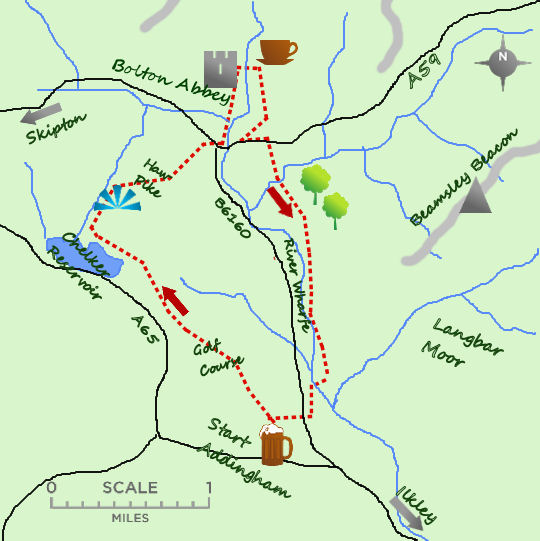 Take the lane that passes to the west of the school and head towards the golf course.

The walk passes through some wet pasture land but in the main the walk is along good tracks even by the river.

Addingham is a small town with plenty of pubs and sandwich shops. I hear the Fleece is good.

Cataracts of the Strid