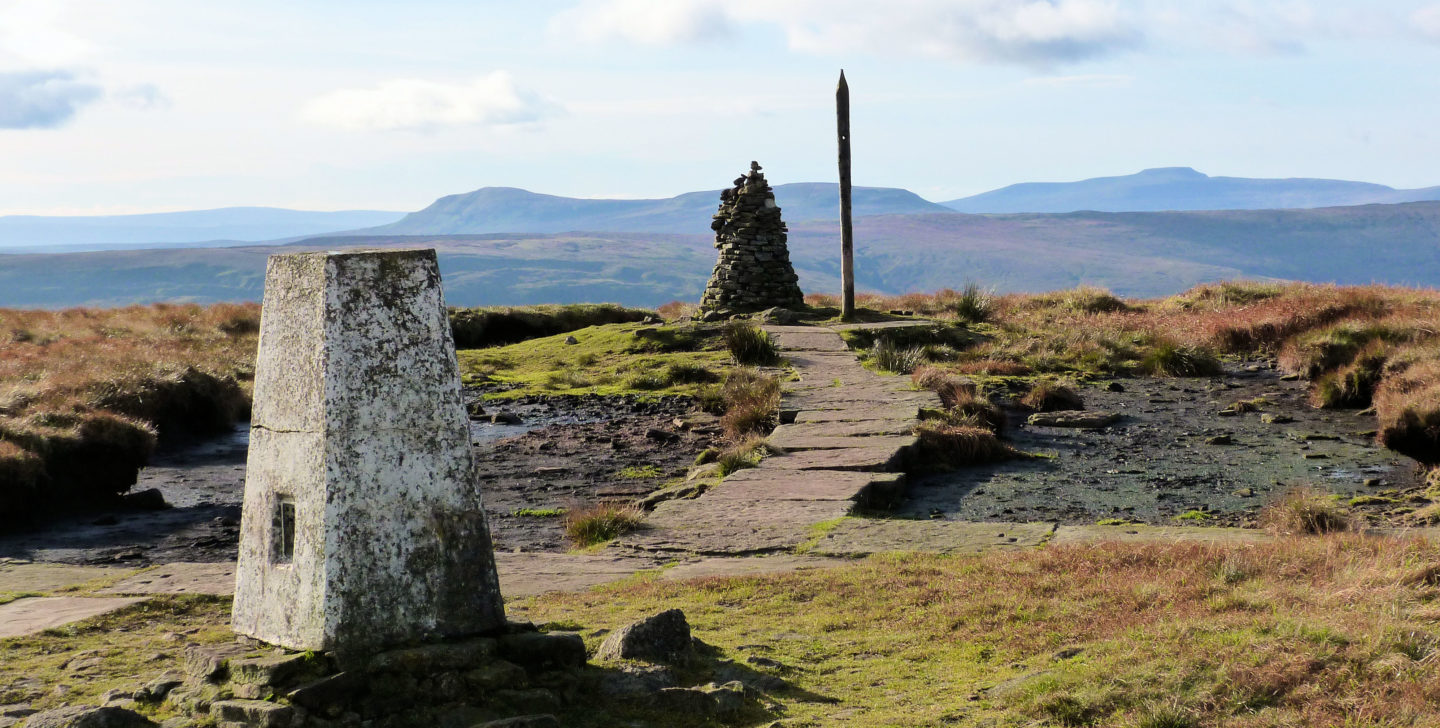 I enjoy the two Wharfedale giants of Great Whernside and Buckden Pike more than their more popular neighbours to the west. A lot of the appeal comes from their emptiness (although this makes the paths somewhat intermittent in places) and the joy in finding yourself alone on the mountains. Both mountains start and finish in lovely villages and are sometimes climbed together for an excellent long circuit. However it is sensible to split the hills and attack each separately. Buckden Pike from Buckden offers a fine, not too strenuous, circuit which is possibly my favourite climb in the Dales. The Buck Inn is the traditional finish for a nice Yorkshire pint.

The best route takes in both the Buckden lead mine and the Polish War Memorial (both worth visiting) but does involve a fairly arduous and mainly trackless descent of nearly 550 foot. Hey ho, isn’t the pain always worth the pleasure later on? The Polish War Memorial sits on the summit ridge, less than a mile from the rather uninspiring official top, and is a melancholy place in memory of a Polish aircraft which came down in a snowstorm in November 1942. There was one survivor. Just picture his walk to survival on that bleak night, a foreign national setting out from his dead mates, completely unsure where to go. I believe he only died recently.

Buckden Pike is one of the Dales 30 mountains

Take a torch to explore the lead mine. The unexplained body you will hear the locals talk about has now gone!

The area beyond the summit wall lies some of the remotest country i England. It is a place to test advanced compass work. 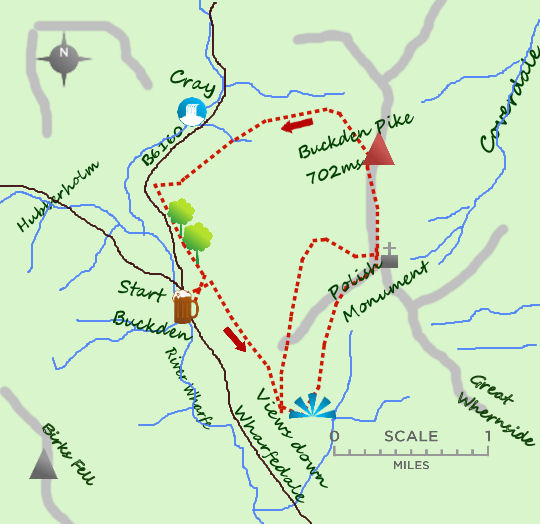 There is a car park at the north end of the village. The walk starts up a lane skirting to the north of the pub and is signposted towards the lead mines.

A great path to the mines, a trackless pull to the ridge is followed by a slightly strange descent where management of the bridleway is needed off the summit whereas 100 yards further on the path all but disappears!

Look no further than the Buck Inn. A great Dales pub.