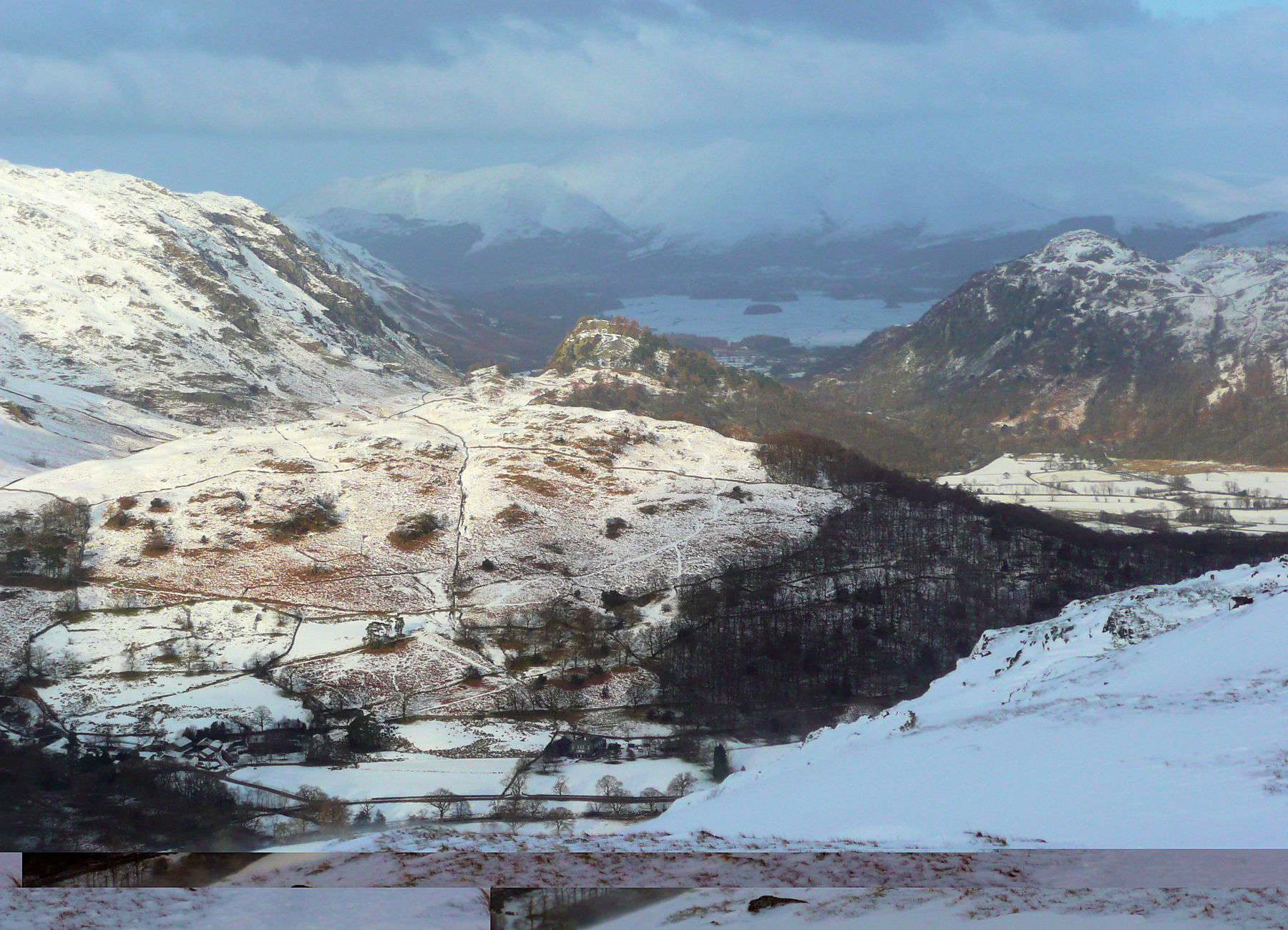 Climbing Glaramara from Borrowdale is a joy. The mountain itself has rocky outcrops, hidden hollows and increasingly impressive views north over Derwentwater.

2,560 feet. I have always been attracted to Glaramara. In part due to the beauty of the name but also its rugged outline is so tempting from the road towards the head of Borrowdale. The name is from Old Norse and literally translated comes out as ” The mountain with the Shieling (mountain hut) by a ravine”. It is a rugged mountain that displays good views to the bigger hills to the south. However it is the view back north that captivates. Looking towards Derwentwater and Skiddaw is as good as anything in the Lakes and becomes better as the ridge gets higher.

The approach ridge itself is full of interest. It is not sharp but rough in a typical Lake District way. The walk then softens for the final mile before the final short climb to the summit (from where the name Glaramara come from). It is the cairn to the north east of the three high points which marks the high point. Avoid returning via the same route or down rough Combe Gill.. My suggestion is to head south west towards Rosthwaite Fell and the pretty little Tarn at Leaves.

I have a personal affinity with Climbing Glaramara as I chose it for ‘my Wainwright hill’ in 2004. Organized by the Wainwright Society to celebrate the great writer’s 50th anniversary of his first published book.

The ridge beyond Glaramara is classic Lakeland. Follow it as far as possible towards Allen Crags. It is perfectly possible to carry on to Esk Hause and then reverse back down to Seathwaite.

There is a path that winds its way from Glaramara to Rosthwaite Fell and the Tarn at Leaves. It is not marked. If you lose the path (which is not obvious) drop directly south off the rocky summit of Glaramara for a few metres. Where it starts to flatten out head north east for half a mile. From here head directly north along the highest part of the broad ridge. 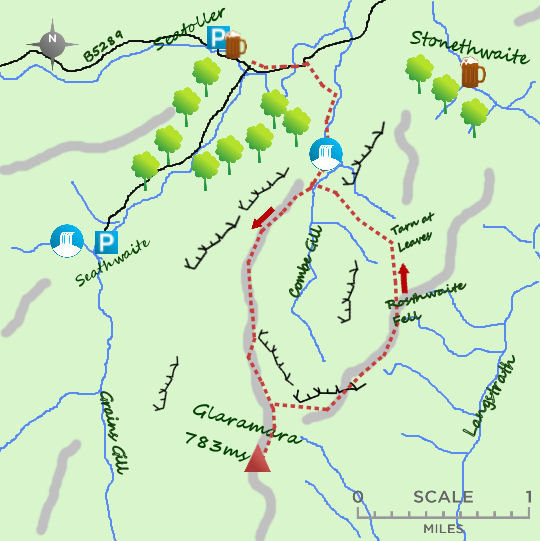 Track is signposted Thorneythwaite Farm and then left after 50 yards. Parking may have to be on the road or walk from Seatoller

A good pull up to and along the ridge on a good path. At the top of the ridge the walking is a lot easier.The descent down Comb Gill is a little rougher on the boots.

The Langstrath Inn at Stonethwaite is the most convenient watering hole but Borrowdale Hotel has great views and a pricey cup of tea but my own favourite is the Yew Tree Inn at Seatoller.