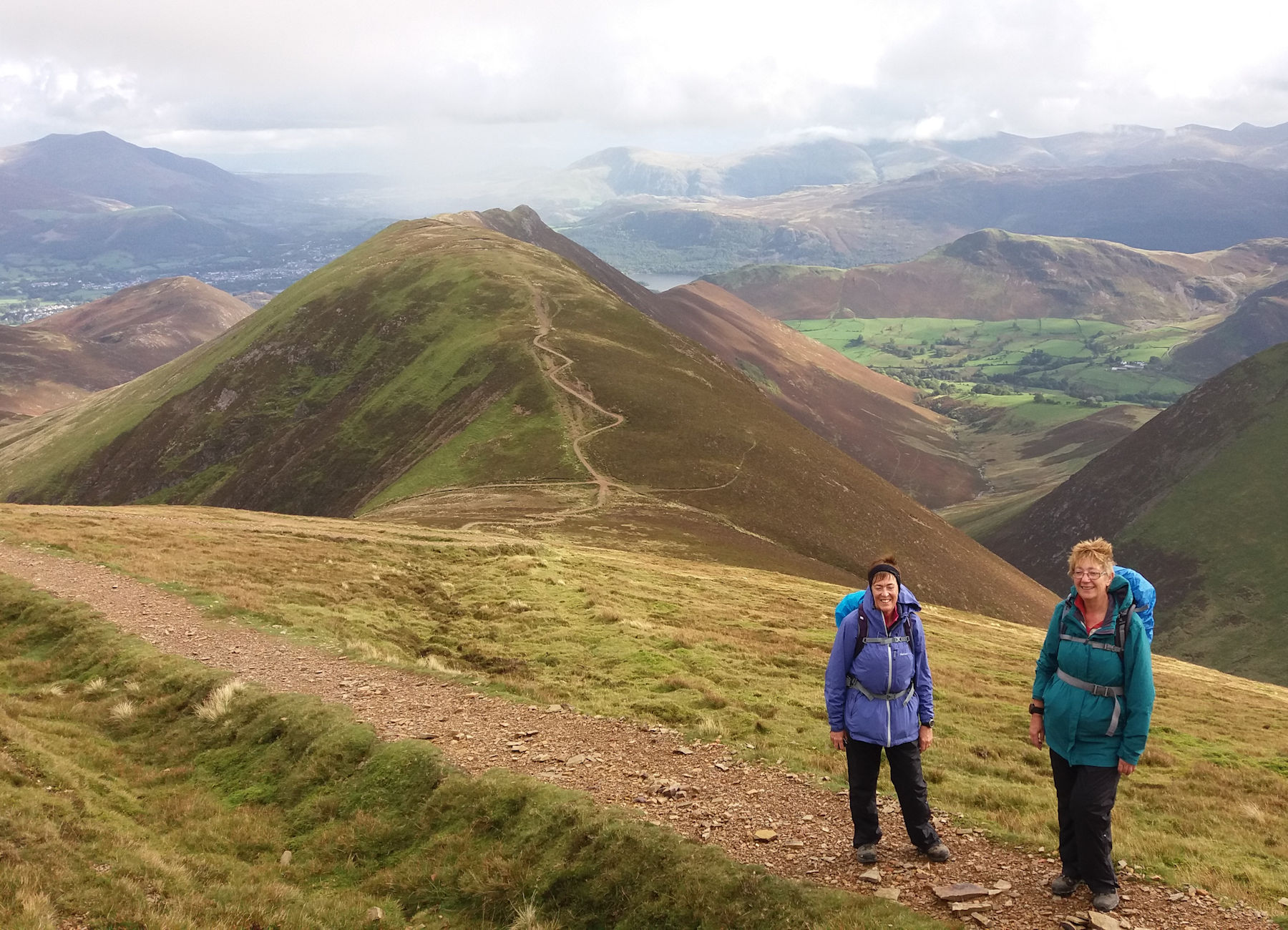 The Coledale Round dominates the northern lakes near Keswick. Many do part but those who complete the full round are rewarded with ever changing views, many summits and an immense satisfaction.

The most enjoyable section of the Coledale Round are the walks to, and views from, the outlying summits. Whiteside from Hopegill Head is a classic narrow ridge with outstanding views up Buttermere. Whiteside has similar attributes and even the more bulky Grasmoor is sufficiently steep sided to offer a real feeling of being perched up in the skies. I would heartily recommend the extra miles these excursions entail.

The Coledale Round is well seen from Keswick with a splendid view of the two distinctive summits of Grisedale Pike and Causey Pike. Both mountains appear to act as portals in to the heart of this heavyweight circuit.

I usually head up Grisedale Pike first. It is a bit of a sweat and relentless as all its secrets are laid bare from the start. However once on its small summit the remainder of the circuit (with the exception of the pull up to Grasmoor) gives the impression of a down hill ride. My last visit started in mist and rain. However the clouds soon rolled away and from Hopegill Head the walk became an increasing joy. Buttermere peaked out from the rolling clouds whilst the return over Crag Hill revealed some lovely views over Newlands and Borrowdale.

I prefer pulling back off Causey Pike to the col under Outerside and Barrow which gives a fantastic route down the pretty valley and into the outskirts of Braithwaite. This is a big day. 13 miles which include the outliers of Whiteside and Grasmoor. The steep sides of the ridge offer some of the best views in the Lakes. A proper mountaineering expedition. Shame about the rotten effort at erosion control on Scar Crags, what are they thinking of?

The photos were taken on a stormy but ultimately lovely day with Sadie and Michelle.

The best detour to make is to head along to Whiteside overlooking the Buttermere valley.

The Coledale Round is one of my favourite 25 walks in the Lake District.

Navigation Tips on the Coledale Round

The paths are obvious on the round except off Grasmoor. From the summit walk 400 metres due east (5 minutes plus) but then bear left on a less distinct path heading more north east. The main bath goes south of east and before long would be difficult to recover from. 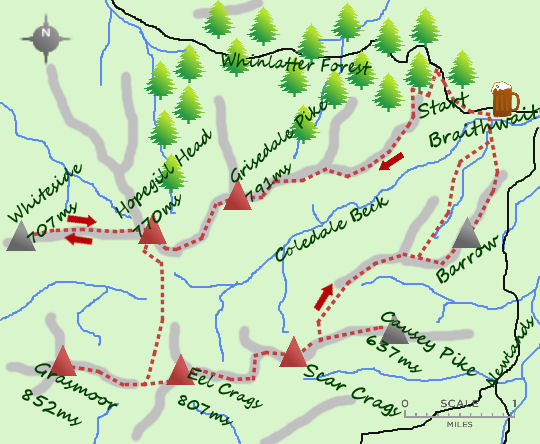 Parking is available in the side roads in Braithwaite. Then walk up the Whinlatter Pass road for a couple of hundred yards before the track leads steeply up stairs on to Grisedale Pike

Aside from the rotten attempt at improving the path off Scar Crags the paths are fine on the round and certainly easy to follow.

The Coledale Inn & Royal Oak at Braithwaite are excellent Lakeland pubs, two of a diminishing number as many try and enter the 'restaurant scene' with the customery rise in prices and loss of character. The pub at Swinside is also good