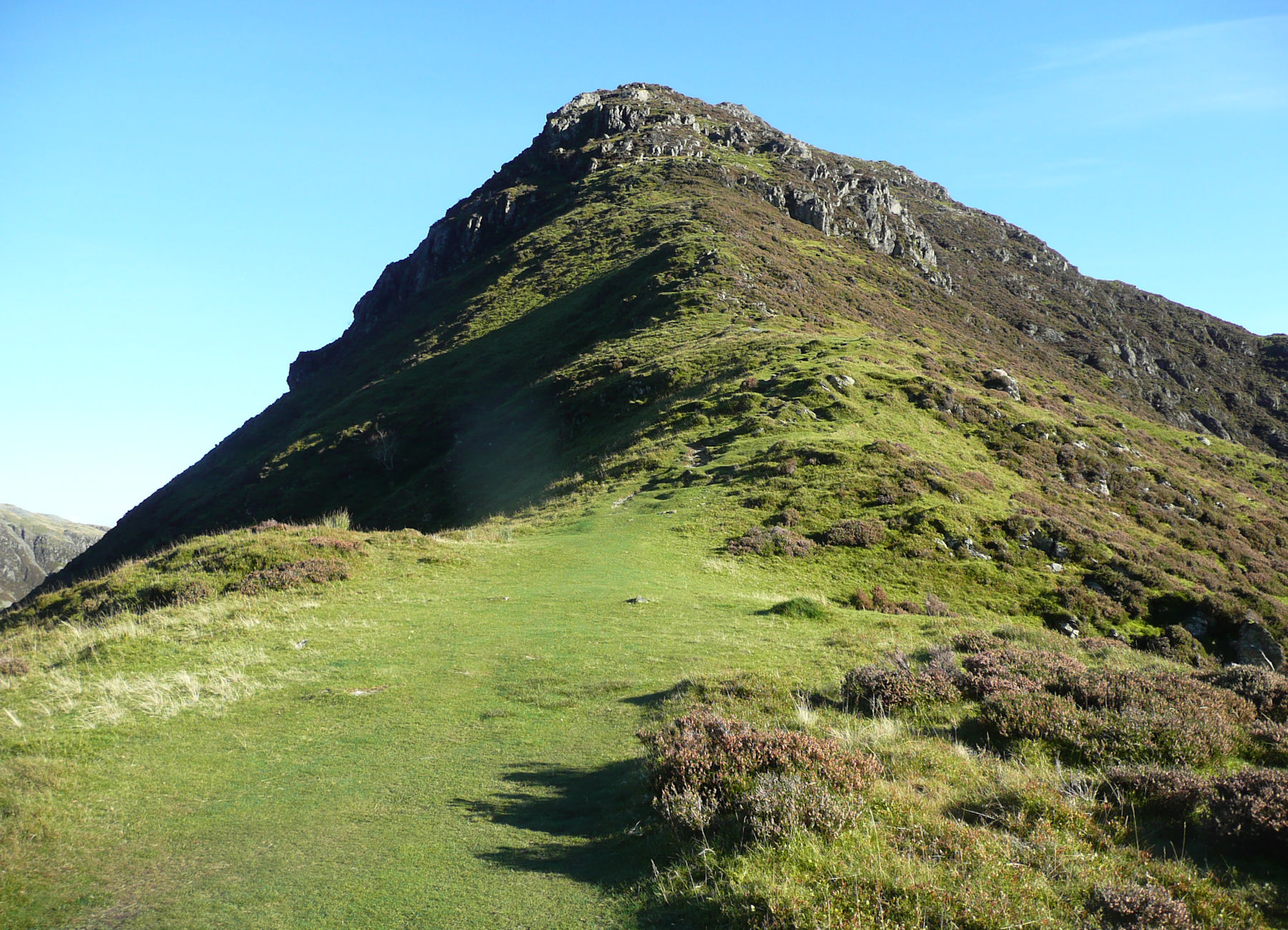 The distinctive (ship’d bow) shape of Fleetwith Pike dominates the head of Buttermere. On the southern slopes are the remains of a slate mine whilst further east is the open mine with its neighbouring Via Ferrata.

2126′. Climbing Fleetwith Pike asks a lot of questions of the walker. From Gatesgarth there is an unremitting climb of nearly 2,000 foot with no rest or flatter bits. It is steep and although from a distance Fleetwith Pike is one of the most graceful mountains in the Lakes being faced with the climb is not an appealing prospect.

Decisions, decisions on Fleetwith Pike. Should the steep face be climbed or descended and the easier and longer route up Warnscale Bottom and out to the slate quarries behind the summit used as an easy ascent or relaxing decent. Maybe it is an age thing but I generally prefer climbing steep slopes rather than descending steeply. The couple I met recently at Gatesgarth had just descended agreed with the chap expressing the view his knees would never recover. However in this one case I disagree. Best to descend. It is certainly knee jangling but stop regularly and soak in the quite fabulous views over Buttermere and Crummock Water.

The slate quarries behind the summit area do add to the enjoyment of the walk by adding something unique and interesting to the fell. It is wonderful country which mixes spectacular views with a nod to the history of mining. Spend some time exploring the remains.

The descent of the mountain towards Buttermere is very steep on an eroded path. As a mapping exercise it is interesting to look at the gap between the contours on a 1.25,000 O/S map. Personally I use the rule that I will not use a slope if contours on the map merge. If there is a small gap then I will. This is the case here. 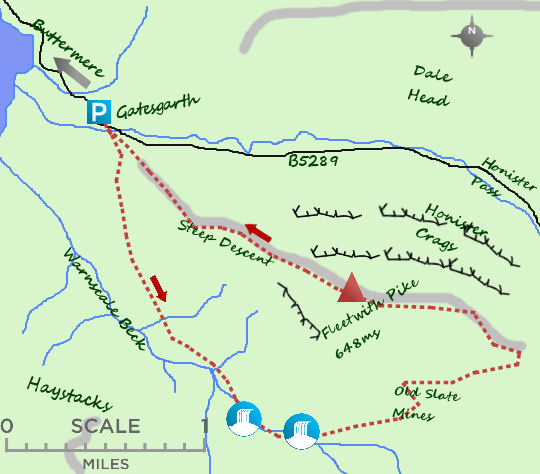 Gatesgarth farm. My preference is aiming for the valley of Warnscale first but most set foot straight on the ridge.

Careful on the ridge as the steep track has a lot of loose stones and earth on it. No doubt it will be 'repaired' soon.

There are 2 pubs and 2 cafe's at Buttermere, one mile down the road from Gatesgarth. Personally I favour the walkers bar in the Bridge Hotel but it is a toss up.