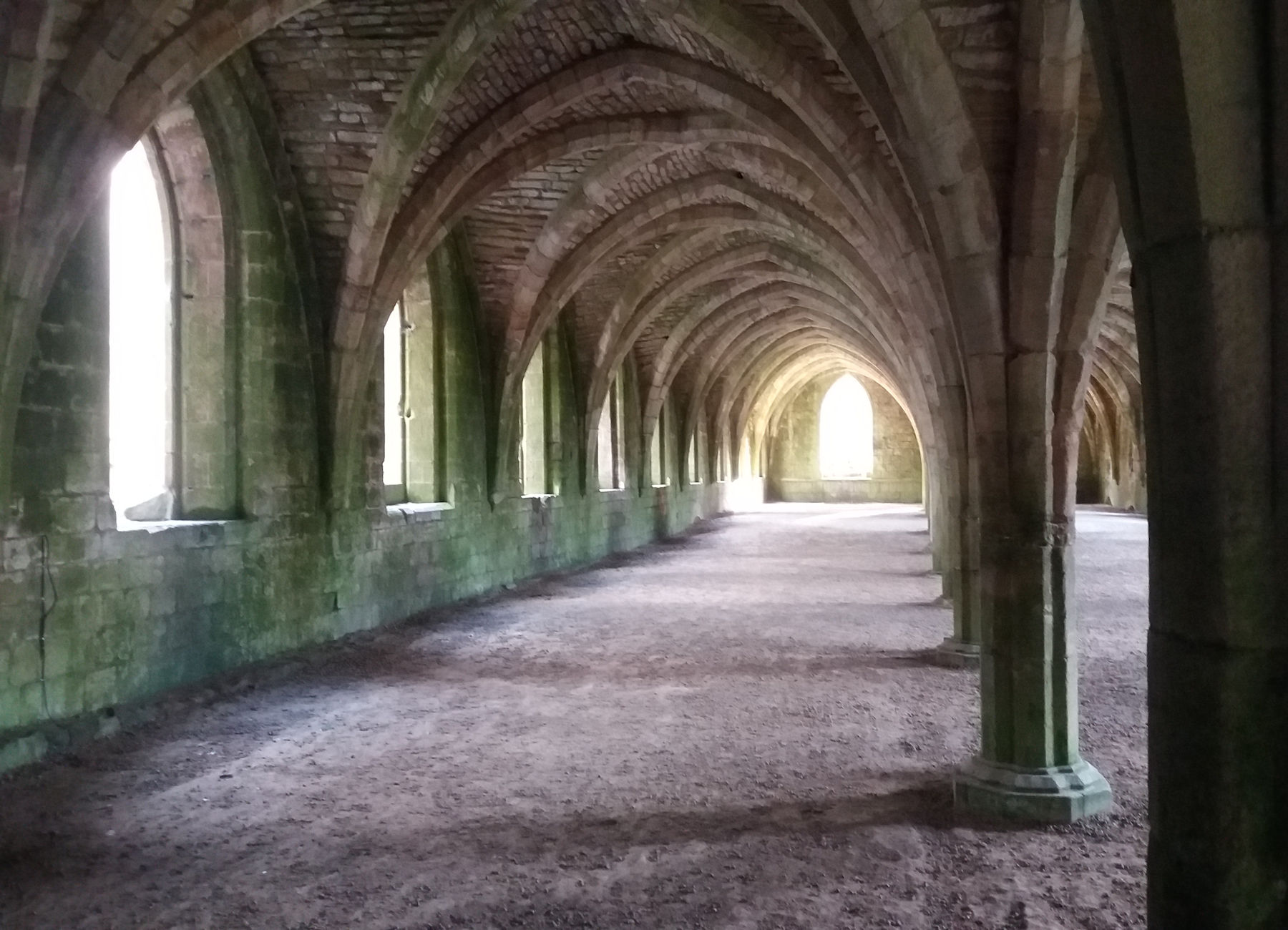 Fountains Abbey is the best preserved abbey in the area. The walk goes through the abbey ruins and in to the grounds. The walk passes an excellent cafe before heading in to Studley Park.

There is nothing rugged about Fountains Abbey or Studley Park. It is just a dramatically preserved abbey set alongside a beautiful country park. The walk through the ancient ruins conjures up images over an 800 year period. Apparently the abbey was founded by just thirteen wandering monks before becoming one of the richest monasteries in the land. Henry VIII must have been extremely grateful!

The great wealth was generated by the lay helpers at the abbey, not the Cistercian monks who were obliged to spend the majority of time at prayer. Following the Dissolution in 1538 the monastery fell in to disrepair. However two centuries later the Royal estate of Studley Park was reunited with that of the abbey and the picturesque Water Gardens were built. The Victorians loved it here. They spent hours wandering the grounds and picnicking with the deer. However it was not until 1983 that the site became a World Heritage Site.

The National Trust now own and manage the land around Fountains Abbey with great success, I found that I could wander freely and explore intimately the entire area without any sense that I should not…something they do not always achieve. The walk is three miles long and takes in the Abbey, the Water Gardens and the deer park. However I would suggest following in the footsteps of Anne Boleyn on the higher ground of the Water Garden for the surprising follies and wonderful views.

Take time to visit the mill, the oldest building on site but now a great example of a working watermill. 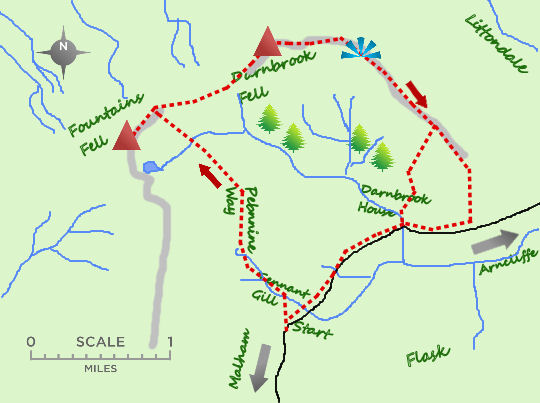 The main car parks at the visitor centre are free but it does cost £8.50 to visit the abbey and grounds. It is all National Trust land. I suggest starting at the mill.

Pushchair/wheelchair friendly paths lead all round the Abbey and the Water Garden. Anne Boleyn's view is a bit of a push though.

The Lakeside tea shop has the most fantastic views - unsurpassed in the Yorkshire Dales. There is a less impressive tea shop in the main visitor centre.