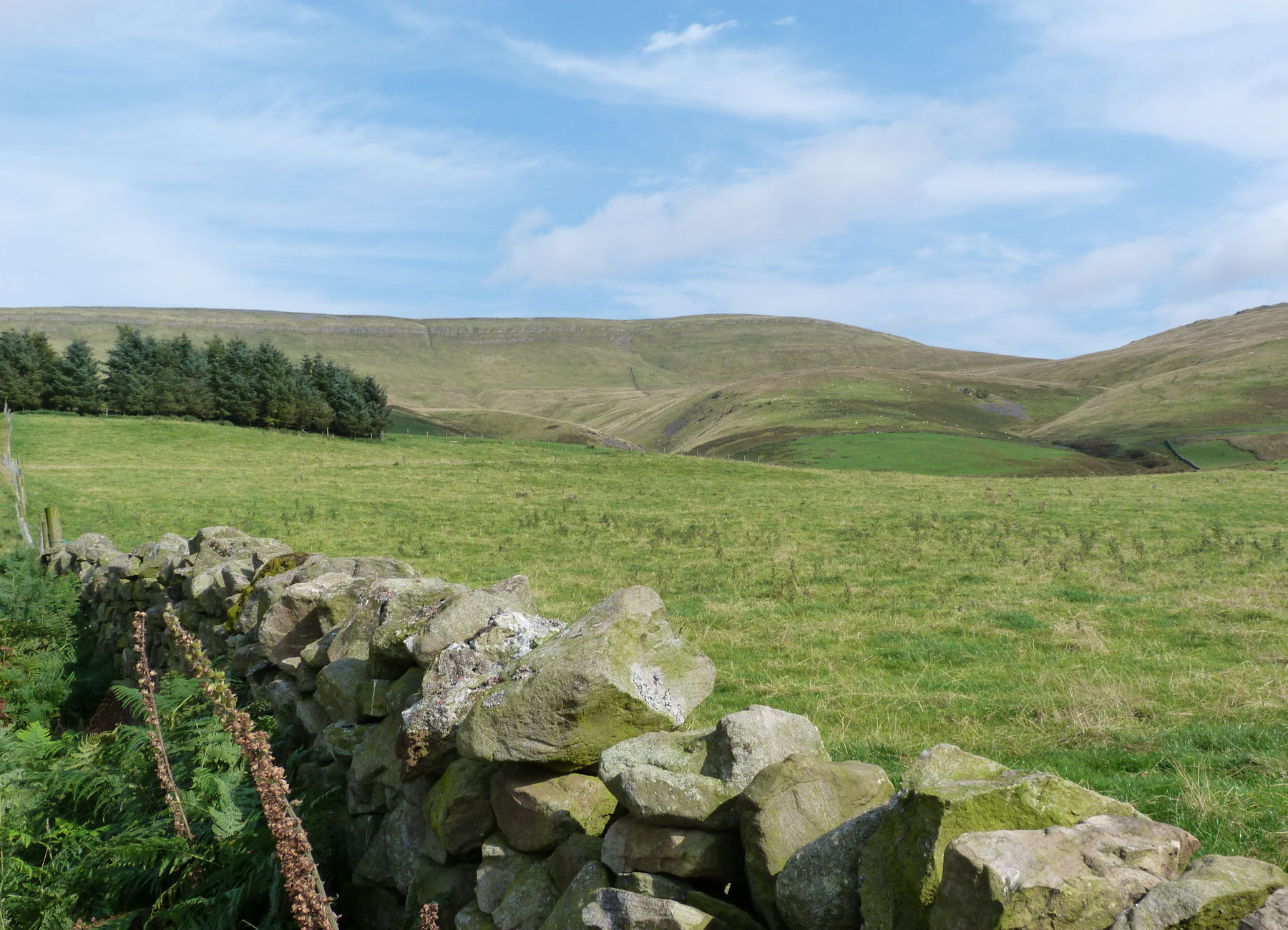 To the north of Cross Fell a climb up Melmerby Fell. The walk is similar in character but shorter. It is quiet place and an excellent way to achieve a rarely visited peak.

Apparently fell runners regularly take to the slopes of Melmerby Fell. I am not sure why they have heard of the mountain but walkers have not. Certainly I had not heard of it. Melmeerby is situated roughly 10 miles north east of Penrith in the Een Valley and apart from a well known bakery has little to bring it to anyone’s notice. However I found it a fine village when I visited to climb Melmerby Hill. When I arrived for the climb in early September, my only companion was a glider making use of the thermals thereabouts. The situation is without doubt wild with the remote top of Cross Fell only three and a half miles to the south. However it is the remoteness which made this walk and many around this part of the Pennine fells so attractive.

After a steepish initial climb the trackless moorlands open up (challenging in the mist). Here a wrong turn could lead to a very long trudge through the peat hags. However stick close to the rim of Melmerby Fell and there should be no such problems.

The best route takes you on to the Maiden Way (an old Roman Road) and off via the Muska Hill ridge. It is an unusual undulating ridge not at all typical of the Pennines.

On the descent I left Muska Hill and followed the farm tracks through Fellside. This was not on a public right of way that meets the road further south but cuts the corner, I saw the farmer who hailed me heartily. Good for him. The farm track leads past the farm to the main road. 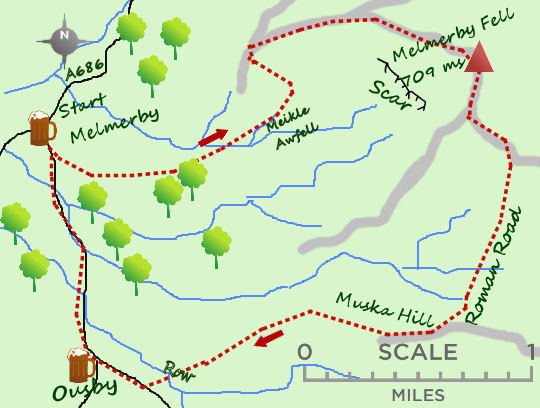 Once on the ridge of Melmerby Fell there is a myriad of sheep tracks but no obvious footpath. Aim for the large cairn on Knapside Hill by sticking to the wall to your south

The last I heard the Shepherd's Inn at Melmerby was closed.