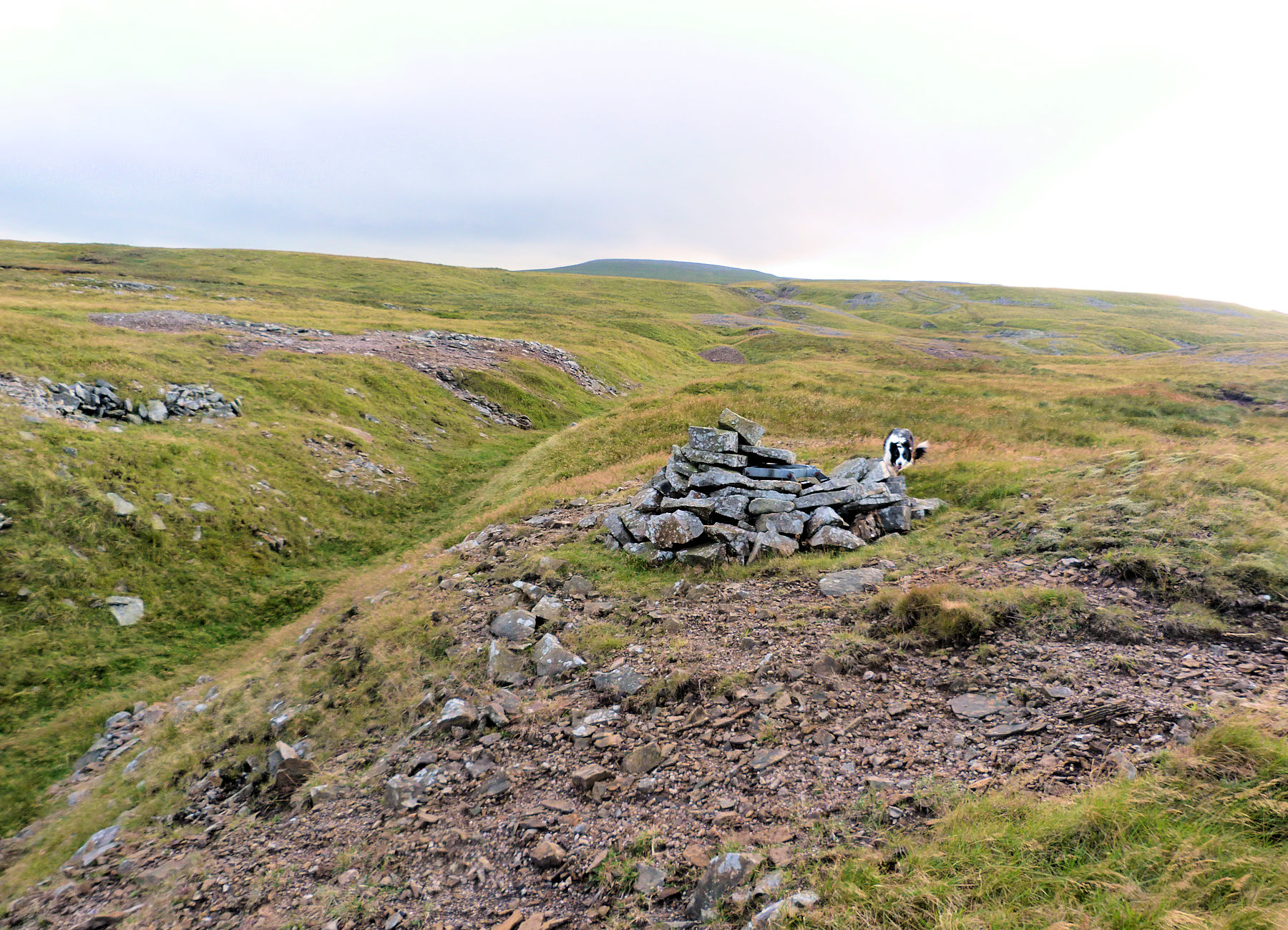 The most popular way to climb Cross Fell is from the small village of Garrigill near Alston. Even then it is a long climb across the moors. On a fine day the views across the north eastern lakes are good.

At seventy feet under the magical 3,000 foot mark Cross Fell is the highest mountain in England outside the Lake District. Although some are therefore tempted by its long approaches most are there because they are walking the Pennine Way. Cross Fell summit is an absolute pig of a mountain to get to. It is more reminiscent of the Scottish Cairngorm mountains a 100 miles to the north than the Lake District fells a few miles to the west. No Lakeland fell is so far from the road. However there is a shorter route which climbs to Cross Fell from the west. The classic walk from Garrigill near Alston is a fifteen mile circular and although not the shortest approach it is the most popular.

To climb Cross Fell follow the route of the Pennine Way on a large and well constructed track. Vary the descent by taking the path to the east of the fell near the summit. For those, like myself, who like striding out on the moors on a breezy spring day this is a good walk. Others it will be just a question of ticking off the highest point in England outside the Lake District.

Lead and barytes was mined on the north eastern slopes of Cross Fell. The remains can be seen on the track up.

The summit of Cross Fell can be a confusing and bleak place in bad weather. In varying the descent walk walk south east for just over half a mile (10 minutes) and look for a less obvious path crossing the main track . Here go left and follow the path as it drops gradually through some old mining remains. After nearly 2 miles the path bends north to join the large track you climbed on. 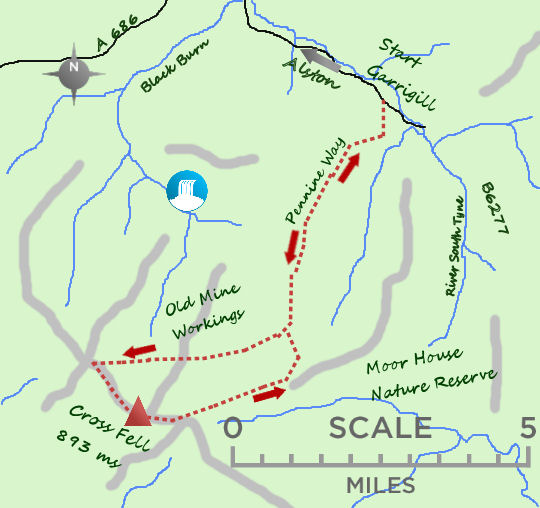 Cross Fell is infamous for its bogs near the summit and it can be a pain but the remainder of the walk is on a good track.

The George & Dragon in Garrigill has a great deal of character but do not expect any luxury. It has been closed but due to re-open in April 2015.