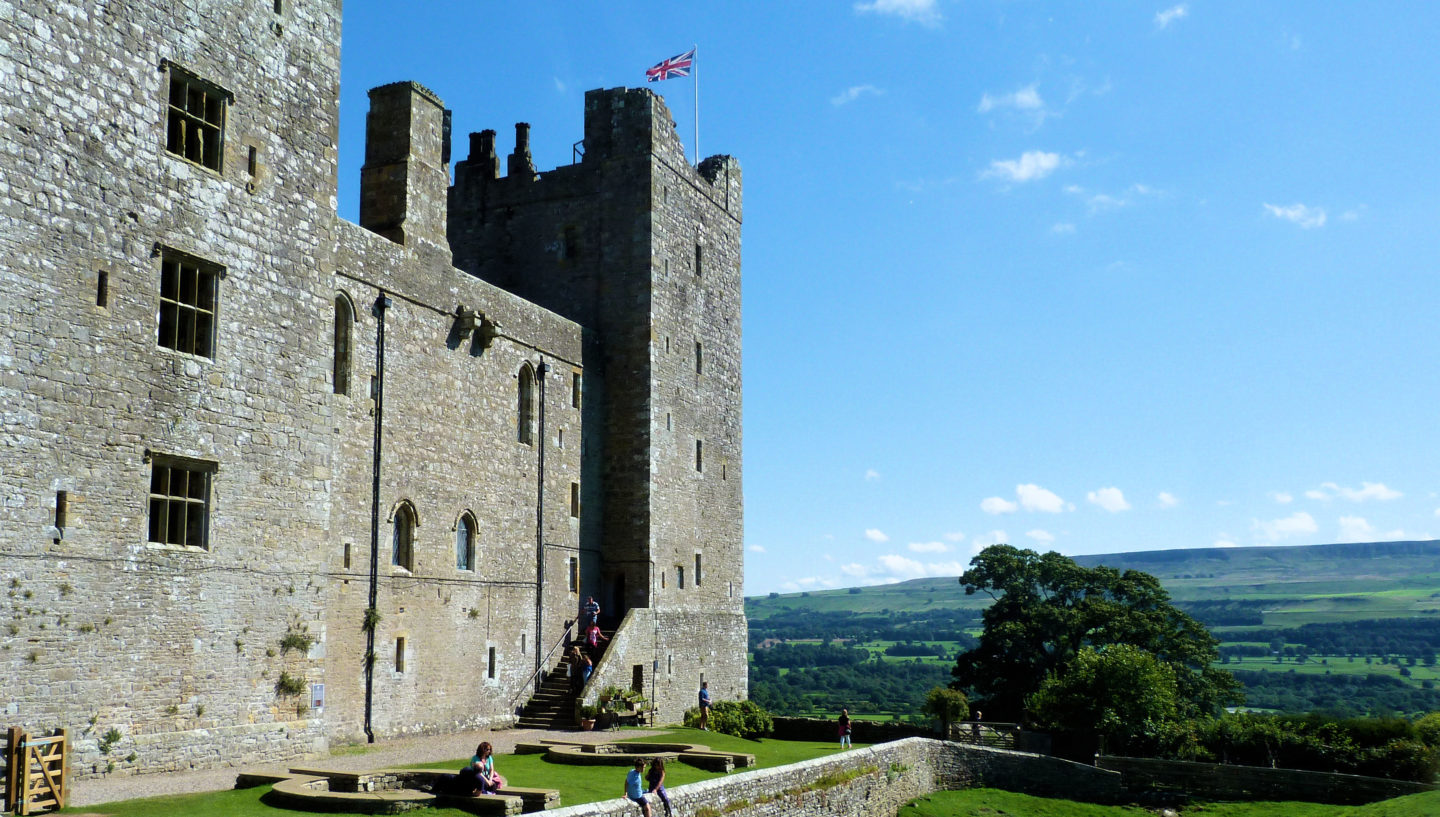 The Lands of Bolton Castle

Mary Queen of Scots used to ride through the lands of Bolton Castle when she was being held captive in the 16th century. This short walk offers a flavour of what she must have looked at, a beautiful place.

The lands of Bolton Castle have fabulous views of Upper and Lower Wensleydale. Rather than just visit the castle I was determined to explore the grounds and enjoy a short walk. The weather was fabulous and the hay meadows spectacular as I approached the castle from the nearby village of Redmire. The castle is one of the best preserved in England and the setting dramatic. Only Alnwick Castle beats it for pure drama.

Bolton Castle is most famous for being one of the castles where Mary Queen of Scots was imprisoned after she lost at the Battle of Langside. I always felt Mary was given a little bit of a rum deal in her life. Initially she was a political pawn of the Scottish nobles and then spent the remainder of her life imprisoned by a dithering Elizabeth 1. Finally she was set up by the English nobles and beheaded by her English counterpart.

Walking towards the River Ure is very agreeable. However I became distracted by my efforts to search out different angles and perspectives of the Castle. It became clear to see how difficult it would be to attack the castle. This proved to be the case during the Civil War. The Earl Of Scrope defended the castle stoutly until famine and shear weight of numbers over came him in 1645.

Today English Heritage have done a fine job ensuring Bolton Castle is a must see element of the Yorkshire Dales experience. The gardens and the maze are kept well and an inside ticket is well worth the entrance fee.

The route I finally selected was short, only 2.5 miles long. The paths towards Low Thoresby takes a bit of finding however. 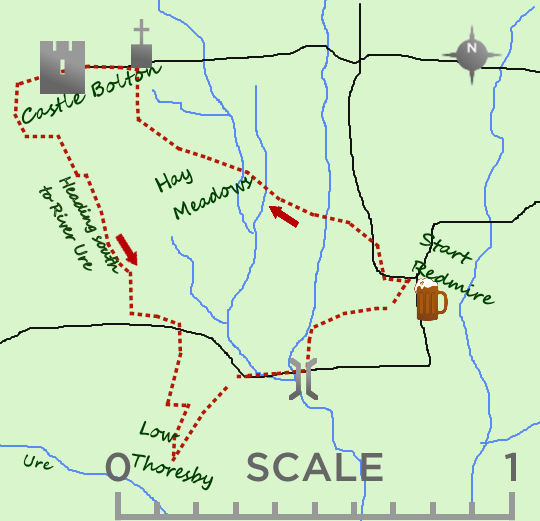 Parking is available in Redmire, there is a small number of spaces at the top of the green which is best.

Easy walking throughout on lanes and across fields.

Part of the reason for starting in Redmire is the very pleasant pub the Bolton Arms. There is a tea shop in the castle.