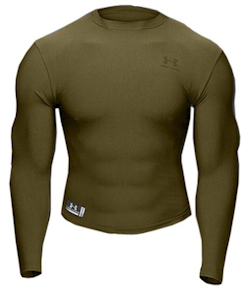 I think it would be fair to say that most of us visit the usual retailers-Millets, Blacks, Regatta and so on-in order to get our outdoor gear and clothing. And there’s nothing wrong with that at all-many of the UK’s outdoor shops are of a high standard and provide great gear, even extending to the independent shops-this week I purchased several camping accessories for a friend of mine including an excellent-looking water filtration and storage apparatus. Sometimes, though, alternatives to the traditional high-street shops can be worth looking into.

Military surplus gear is provided by several stockists, mostly based online. Although several elements of the market are not necessarily what walkers or hikers would be interested in; there’s a strong crossover and you can get impressive deals on useful items.

Firstly, as military surplus gear was originally intended to be used in extreme weather and tough outdoors locations; the durability and quality can transfer over to hiking and walking situations-base layers and jackets in particular should do a good job of keeping you warm and comfortable when you’re out on the peaks or trails. Military wear tends to be designed to last, as well, unlike the cheaper kinds of mass-produced outdoor clothing that non-specialist stores often stock. Outer layers are generally developed to be highly waterproof as well, another added bonus.

Something that we can sometimes overlook is the protection of our hands; the clothes covering our upper and lower bodies are obviously of primary importance but keeping your extremities well-covered and protected is important if you’re liable to be scrambling up any scree slopes or needing to haul yourself over any obstacles. The tactical gloves from ex-army ranges tend to help with this rather well; designed to protect from impacts, sharp edges, and debris they stand up well to general outdoor conditions experienced by walkers.

The army routinely have to cover large distances by ‘yomping’ across the countryside in exercises and drills, so it’s reasonable to assume that they’d need some good quality footwear to stand up to the long distances and heavy use. Surplus gear can serve well for hikers and walkers in this regard; the boots you buy may not be particularly stylish but they’ll certainly last a fair time even if you subject them to tough conditions and terrain.

Finally, the cost aspect of surplus gear can be attractive-it’s often cheaper than its equivalent counterparts simply on account of it being leftover gear; given that high-quality outdoors clothing can be costly a lower-cost option may be preferred.

As mentioned previously, there are a number of retailers where you can get military surplus clothing, if you’re so inclined. Nightgear Army Surplus for example is one. Whichever you go with, getting the right combination of specialist and outdoor gear could be a good way to get what you need.