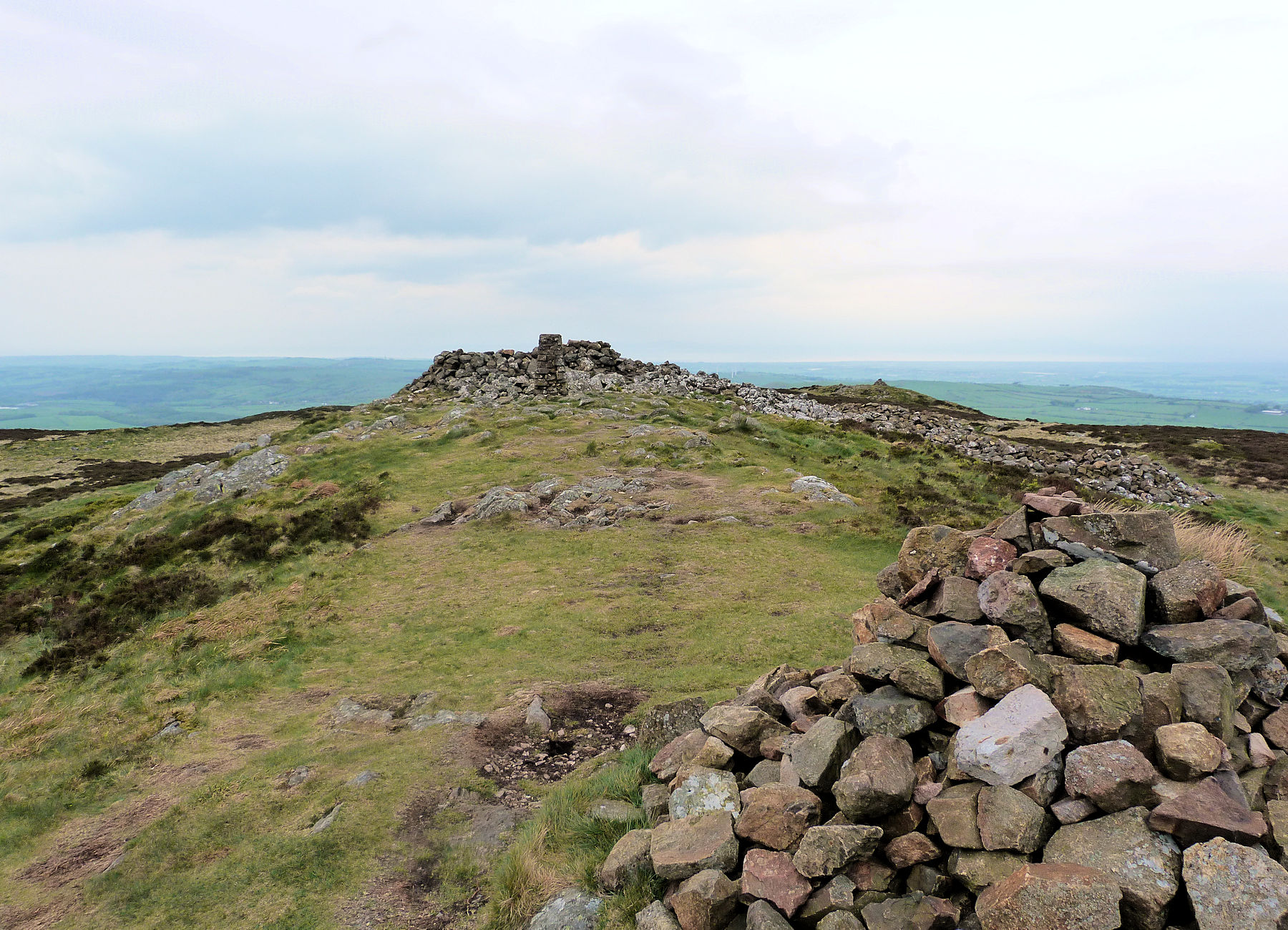 A short climb of Binsey from Bassenthwaite brings some excellent views from the Solway Furth to Skiddaw and beyond. The summit area has some interest and may have been the location for an old hill fort.

The climb of Binsey from Bassenthwaite is largely uninteresting and, although the views are impressive, particularly over the Solway Firth and the hills of Galloway, 99% of any visitors to the summit are simply there to tick it. However the lands between Bassenthwaite and the fell adds so much more to the fell and sets in in its proper context.

The walk initially passes through untramelled farmland and quiet lanes as it takes a beeline for the fell itself. The climb is quite steep from this, the south side, but the lovely grass quarry track to the south west is an absolute delight. Here views over a large chunk of the Northern Fells thoroughly impressed Wainwright (and meant he included Binsey in his main Northern book although in reality it should be in his Outlying Book) as did the small reservoir of Over Water. The return to Bassenthwaite passes near Over Water before arriving at ‘pink’ Outhwaite Hall and concluding with a mile long stroll through some delightful woods.

A touch of mountain spotting from the summit both in the Lakes (largely easy) and the Galloway hills (difficult).

Binsey is almost a perfect cone with uniform slopes. However the southern approaches are a little steeper than the track used on the descent. Have a look on a map and compare the gap between the contours with the steepness of slope. After a few walks you will be able to judge accurately how a gap in the map contours relates to the reality on the mountain. 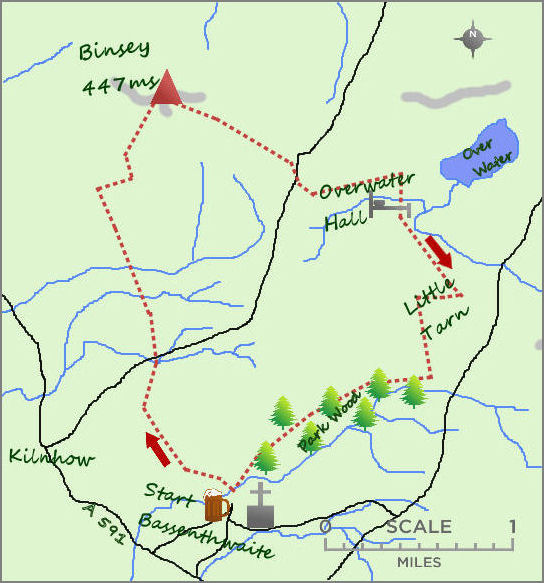 Past the pub head up the lane known as the Rake, passing woodland on your right.

The lanes are all quiet, even in summer, the fellside paths are good but the farmland may be wet and muddy after rains.

The Sun Inn in Bassenthwaite is a traditional Lakeland pub selling a good pint.