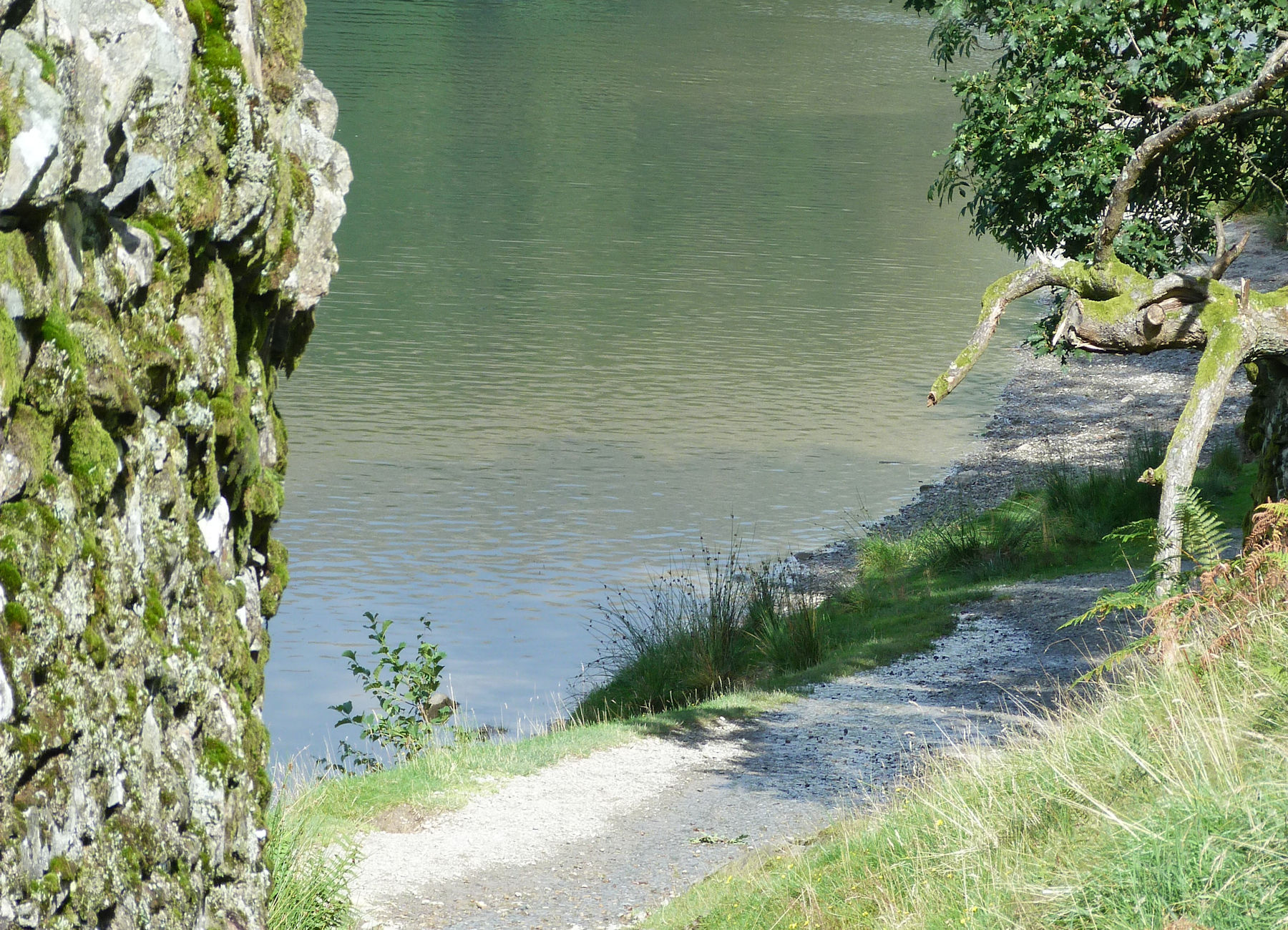 The Footsteps of Wordsworth is a walk which follows the famous poet and his sister. Their regular walk took them round Rydal Water taking in the shores of this pretty lake and onto the path over the Coffin Route.

This exceptionally pretty walk around the tranquil waters of Rydal Water is the inspiration for so much of the poetry of William Wordsworth. However it also forms much of the dialogue in the diary of his even more active sister Dorothy. It is very easy to see why. Rydal Water itself is tightly enclosed between the steep slopes of Loughrigg Fell and the  Fairfield Horseshoe creating the landscape of trees, lake and mountain which so inspired them.

Much of the walk is through lovely woodland. It clings tightly to the shores of the lake but is not thick enough to cut off the views across the lake. There are some choices to be made on the route, particularly on the far side of Rydal Water. However it is best to keep to the waters edge where possible with the only exception being a visit to Rydal Cave, a large man made amphitheatre of slate complete with resident goldfish!

On the southern shores of the lake take the higher path which passes two fascinating quarry caves. From the high col between Rydal Water and Grasmere take the upper path to find the caves. The lower path which drops steeply to the lake sticks close to the shore. 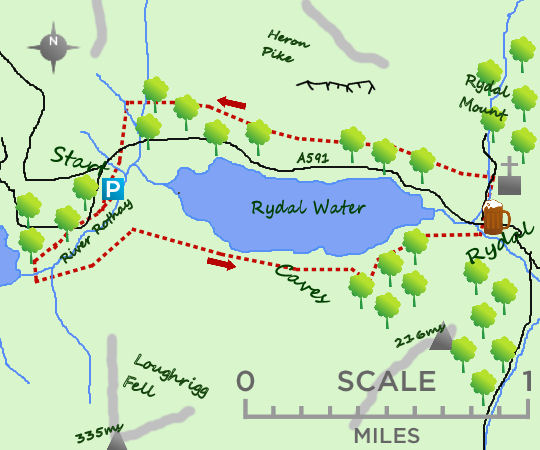 There are 2 National Trust car parks just off the road to the west of Rydal. Away from here parking is very limited.

Easy on good and clear paths.

There are 2 options at the midway point of the walk. At the far end of the walk Cote How is a pleasant tea shop whilst the Badger Bar in Rydal offers stronger stuff.The Wordsworths

A Walk around Grasmere

Coniston to Ambleside via Tarn Hows