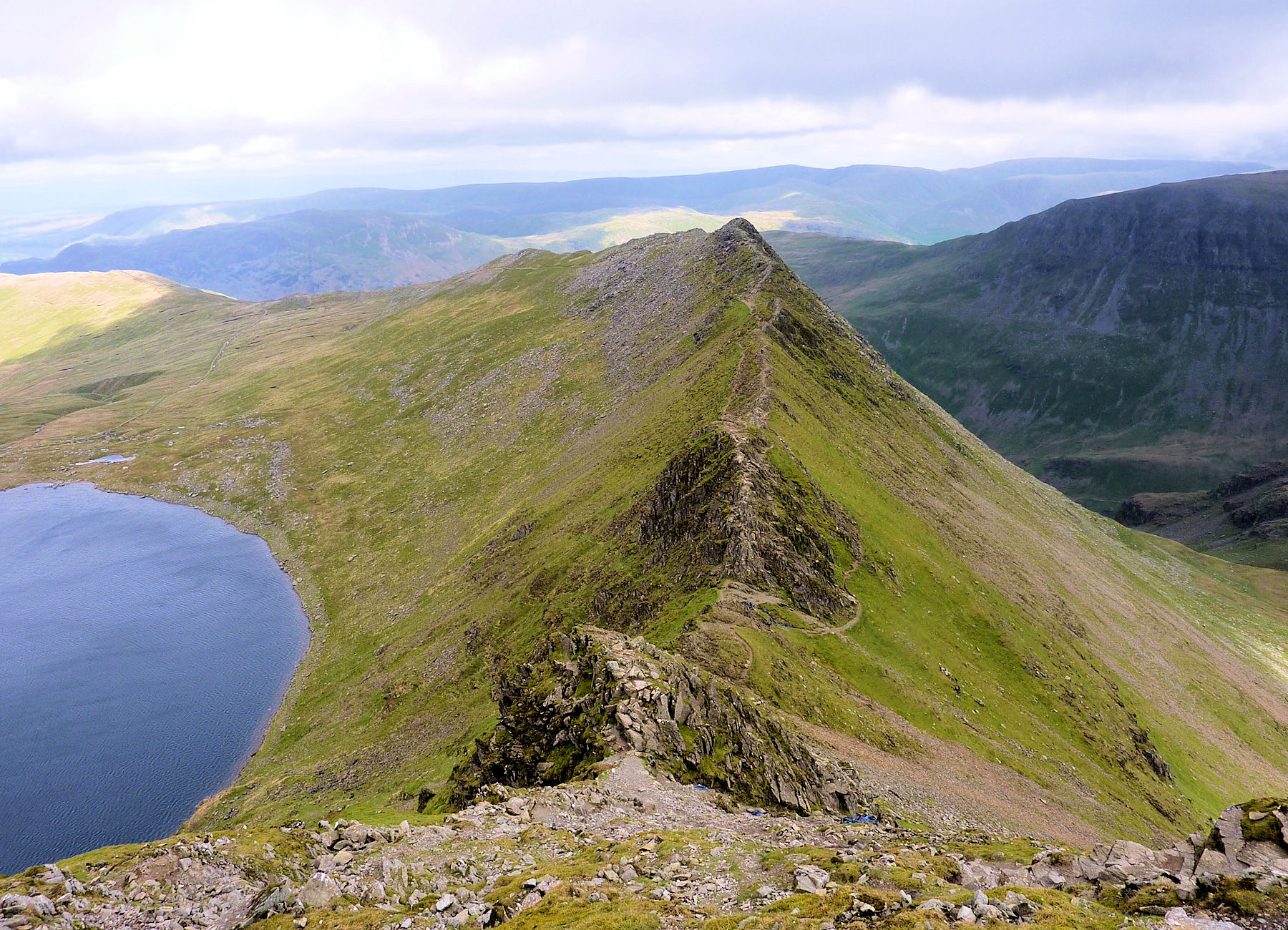 Helvellyn via Striding Edge is one of the must do walks in England. It is popular but not at all easy. Return to Patterdale can be via Swirral Edge or a safer but longer route over Raise.

Helvellyn ‘by the Edges’ is probably the most recognized high mountain walk in the Lake District. Approaching Helvellyn via Striding Edge is a classic in any country, in England in my top 3. For the Helvellyn virgin it will live in the memory for ever. Whatever the conditions Striding Edge is impressive and, similar to most walkers, I believe a bit of scrambling enlivens any climb. Near the summit of Helvellyn there is a plaque dedicated to a dog (Foxie) who stayed with its deceased owner for three months in 1805. On reaching the summit I am always struck by the many directions from where people emerge. It is rarely a lonely place. The full Helvellyn ridge from Fairfield to Clough Head is a great ridge route, worth considering for the fit. However I do sympathise with those who have hacked up the less inspiring western slopes above Thirlmere.

Erosion is a massive challenge on Helvellyn. The loose rock pebbles above Swirral Edge offering a much greater challenge to walkers than the ridges themselves. A better (but much longer) descent than Swirral Edge is either via Grisedale Tarn to the south or Raise to the north.

The Fix the Fells project led by the Lake District Park Authority and the National Trust are doing a fine job where they can but they need support in these days of austerity.

Stick to the high crest on the ridge on Striding Edge it is magical but be prepared for the sting in the tail and the steep final descent. The lower paths avoid most of the scrambling but also much of the interest.

There are two key points on the walk where you need to be careful. The Hole in the Wall and the summit, both have some tricky navigation in the mist. 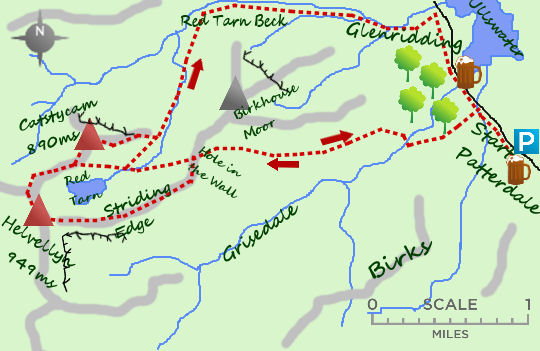 On the west side of the river take the first lane (left) past the shops and on to the broad ridge and lovely grassy path of the lower slopes of Birkhouse Moor. The main path up Mires Beck I find a bit of a slog.

Many sections on Helvellyn are badly eroded. This generally makes for uncomfortable walking although at the top of Swirral Edge it may be dangerous.

The Travellers Rest at the top end of Glenridding certainly effected my choice of descent, cross the bridge to the east and then sit outside and enjoy the views