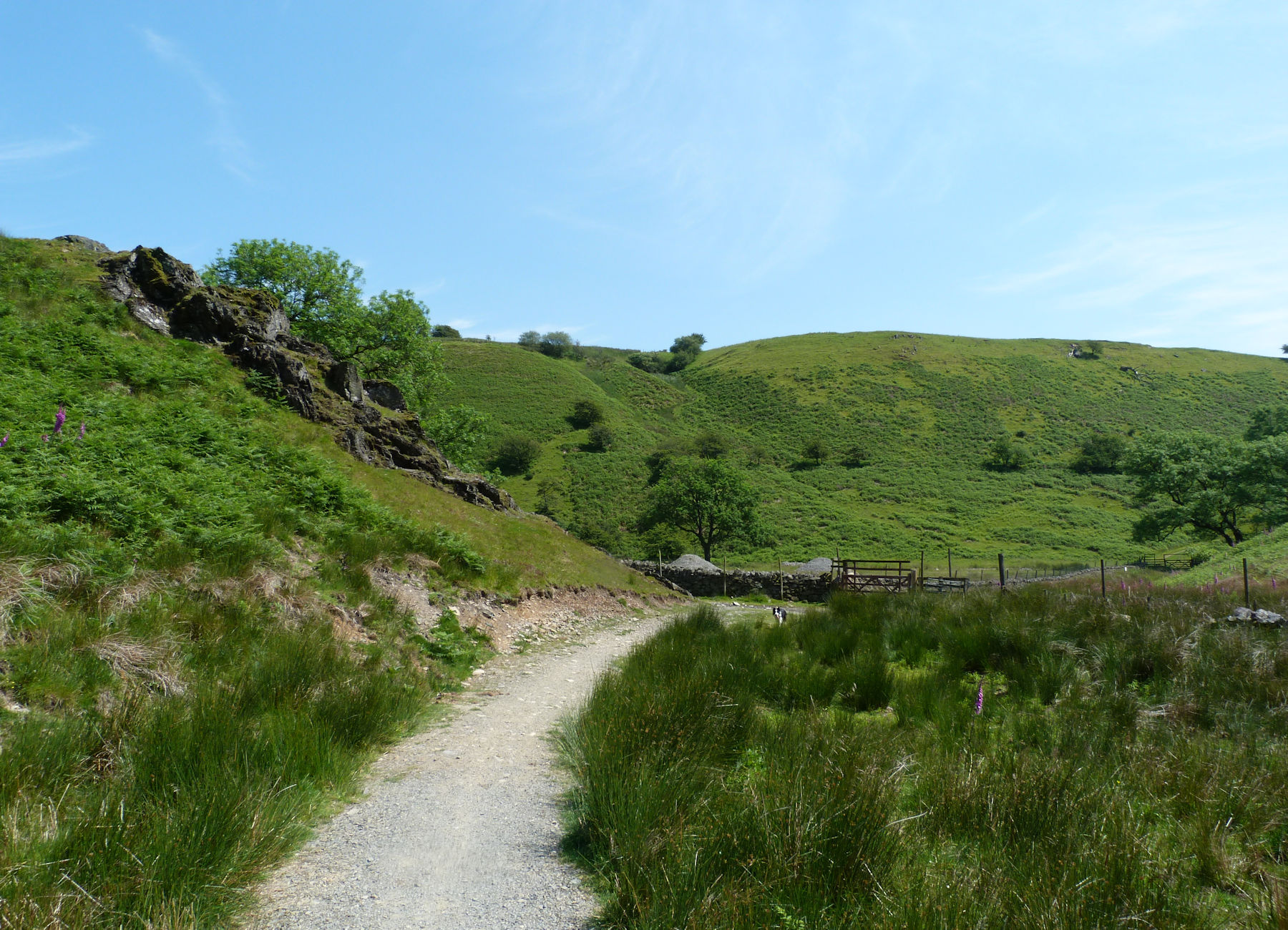 West of Ennerdale is some quiet lands and small fells making for a very pleasant half day walk. In particular the views from Dent Fell are interesting while the pretty dell at the east/far end of the walk has some pleasant walking.

It was on the last day of my Coast to Coast walk that I discovered this unexpected corner of Cumbria. Although it was tipping it down with rain there looked to be something enchanting about the lands under Flat Fell and Dent Fell, particularly in the deep valley of Nannycatch Gate. I was keen to re-acquaint myself with it. Nine months later I returned on a glorious summer’s day smugly watching the Coast to Coasters slogging along their first day of many.

The fox gloves were spectacular near Nannycatch Gate. It is a lovely spot to dwell in – a real dingly dell type of place. The climb up to Dent Fell is steep but the views are excellent, particularly to the east where the Scafells can be seen amongst other western fells. Surprisingly (at least it was to me) Ennerdale cannot be seen from either Dent or neighbouring Flat Fell which is disappointing. As a consequence I reckon climbing Flat Fell is a pointless expenditure of energy – the track between the two fells is a much more enjoyable way to reach the dell.

If you ever do complete the Coast to Coast include this short detour to the west of Ennerdale rather than walk along the road.

After Nannycatch Gate do not miss the footpath climbing Dent Hill after 200 metres. The only other navigational challenge is in the woods after the initial climb. Make sure you go left when you meets the first forestry track and then take the ones heading uphill. 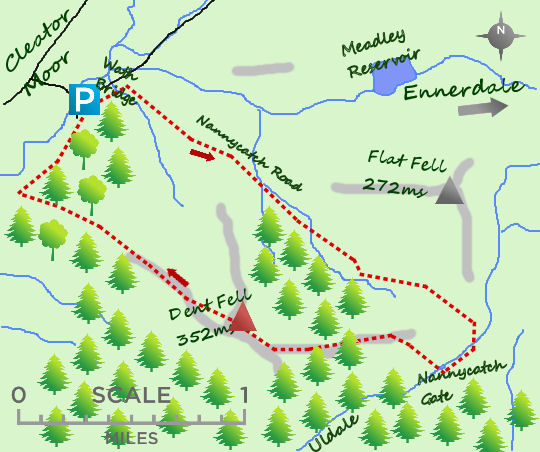 A short drive of 2 miles will bring you to Ennerdale Bridge and the Shepherds Arms is probably the best bet but my knowledge of Cleator Moor is hazy.