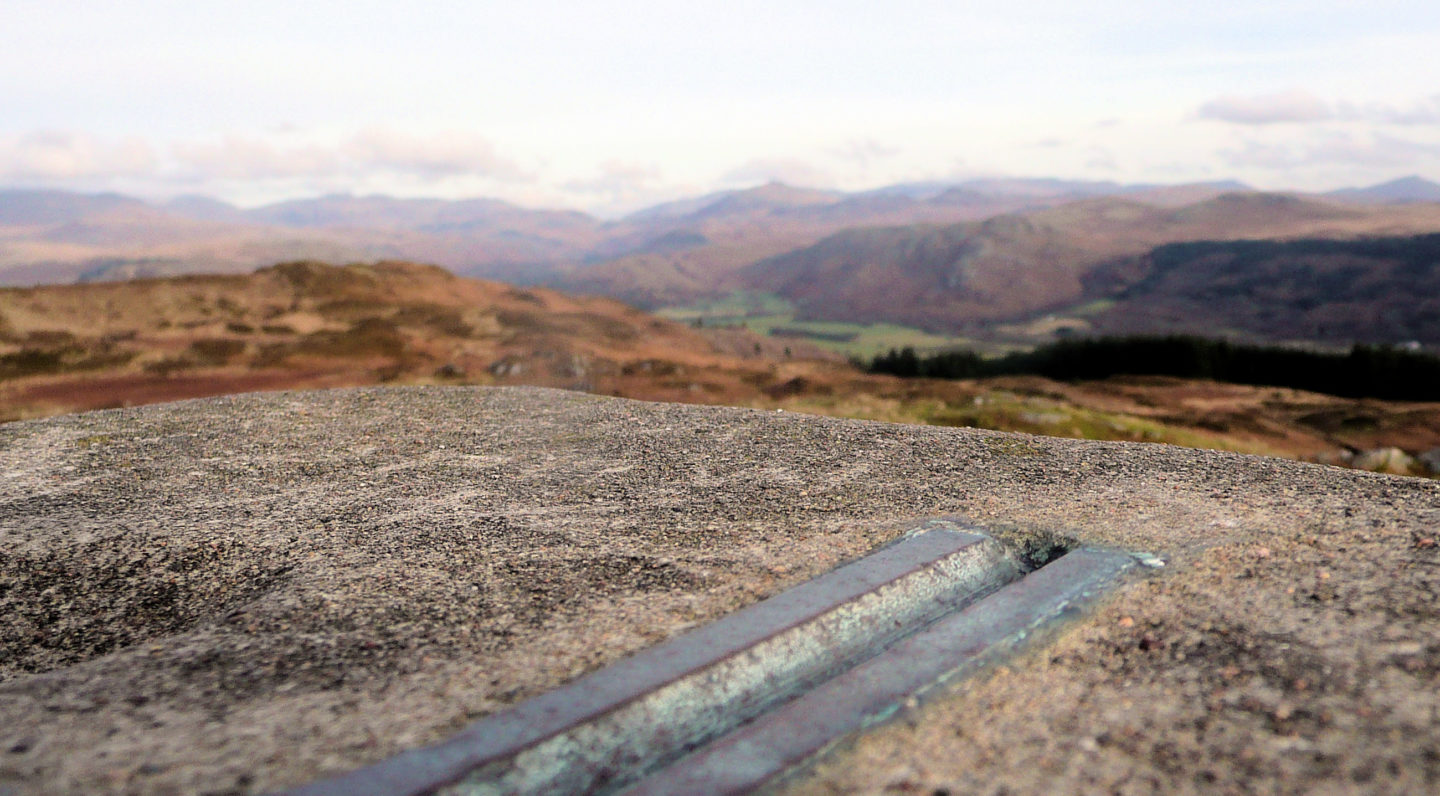 Muncaster Fell is the broad ridge to the west of lower Eskdale. Further west is the Ravenglass to Eskdale mini railway, to the east the lower level return. The ridge itself is a lovely with great views across to the coast and Irish Sea.

758′. I found Muncaster Fell to be a little gem. It is a beautiful, undulating ridge showing true Lake District characteristics. There are rocky outcrops, hidden hollows and surprisingly good views towards the Cumbrian Coast. The best however is to look back up Eskdale to the grand mountains of Scafell, Gable and the rest. I suggest starting at Eskdale Green and taking to the lower woodland route first and then facing the mountains on the return along the ridge. Muncaster Fell is a 4 mile ridge only reaching 758 foot at its highest bounded by the pretty village of Eskdale Bridge at one end and Muncaster Castle at the other, complete with spectacular gardens.

A mix of woodland and forestry cloak the lower slopes near the River Esk. The miniature Ravenglass to Eskdale railway borders the northern flank. All in all Muncaster Fell is a highly unusual fell but very enjoyable and, without sounding too corny, has something for everyone. Even my brother would like the fact it is a Marilyn.

If you have a young family the Ravenglass to Eskdale mini railway could be used for one half of the journey, returning over the hill on the return. A great option to keep the interest up for the children, not yet convinced about a day on the fells! I still remember my trip on the railway 40 odd years ago.

On the ridge the path skirts much of the highest points. It is fine to follow the craggy ridge line to the trig point at the summit which is to the south west end. 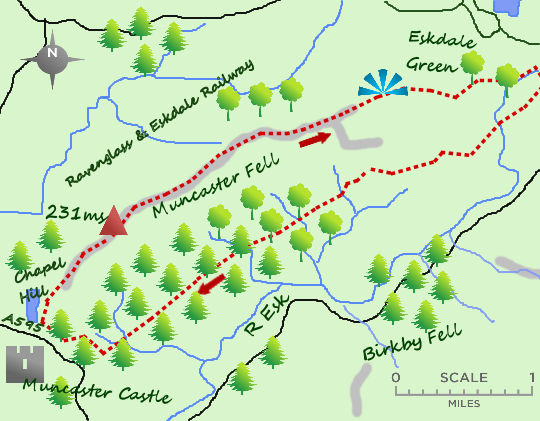 The Green station has some parking with the lane to Muncaster Fell keeping to the south east of the rail track.

On the lower slopes the bridleway is fine, over the long ridge deviation from the path can be wet.Easy to follow.

The King George 1V is a pub full of character and charm (serves food) just to the east of the parking at The Green train station.