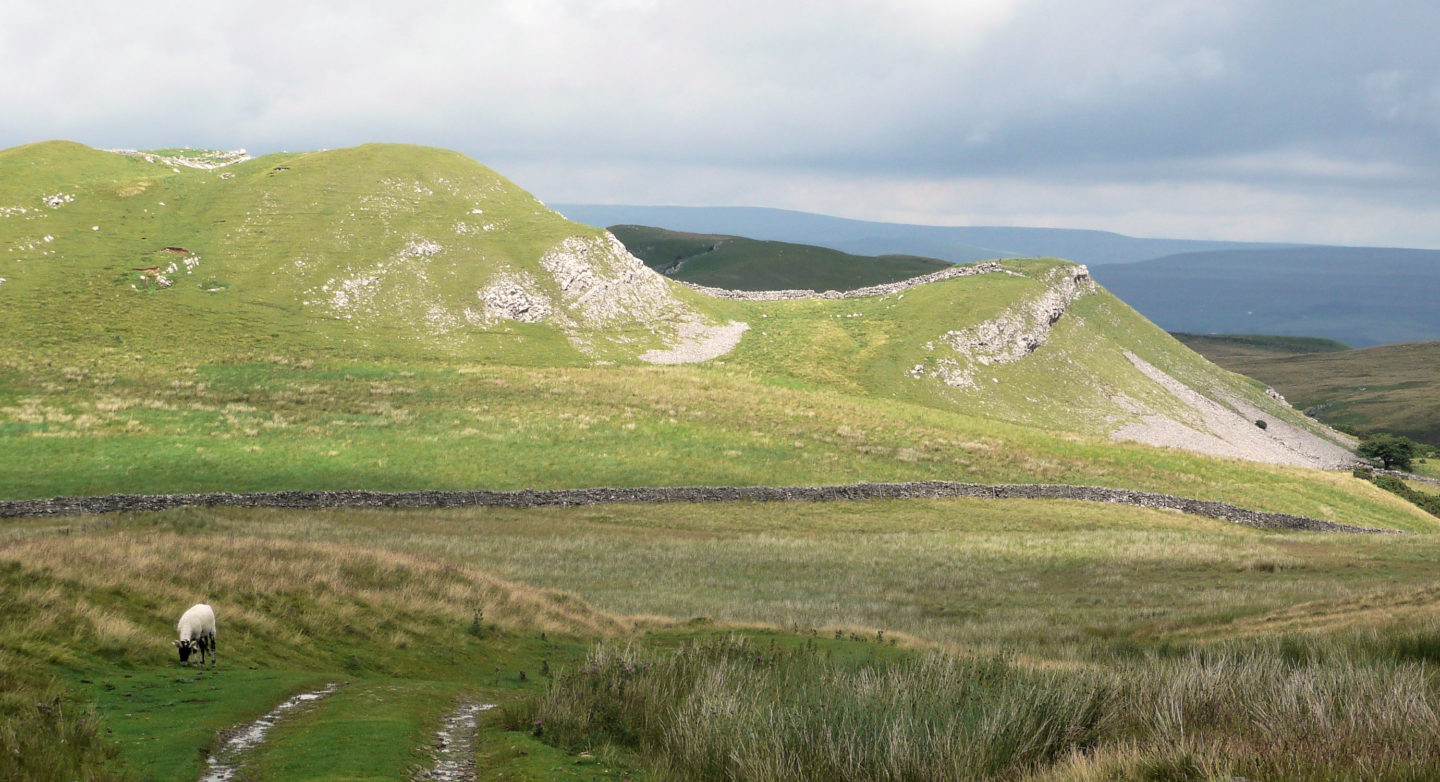 Nine Standards Rigg is a large fell situated near Kirkby Stephen and a significant obstacle on the Coast to Coast. It is a peaty mountain with some hard walking although this route is fine. The summit is a fascinating place.

Nine Standards Rigg is regularly visited for two main reasons. Firstly it is on (actually just off) the official route of the Coast to Coast. Secondly there is a series of large, imposing but intriguing cairns lined up on the summit plateau. Quite where these came from is a mystery. The less interesting theory is that they marked a boundary line between Eden and Swaledale. A more interesting story is that the Romans or later the English built them to scare off the Scots. However my favourite theory is from Alfred Wainwright who simply believed the locals were just bored and it seemed like a good idea at the time!

On arriving along the main path from Kirkby Stephen I was also intrigued by two smaller stones which appeared to be an entrance to the larger stones. I had missed these on my first visit when I took the quick ‘ticking’ from the nearby B6270.

Another great reason to visit Nine Standards Rigg is the excellent view finder on the summit. The views are therefore accurately explained (weather permitting) although a map would still be needed to find the summit. For those not particularly familiar with the topography of the Eden Valley (like myself) the view finder is a revelation . It has to be said though that the majority of Nine Standards Rigg is remarkably featureless, usually muddy and always wet.

Do not ask the many thousands of Coast to Coasters whether they are enjoying their long distance walk, this is often a low point!

Any Coast to Coast walker would argue that plenty are needed! In bad weather a knowledge of taking and following a bearing is vital. There are serious bogs to avoid and very few paths to help. The slopes to the west and north are the worst. 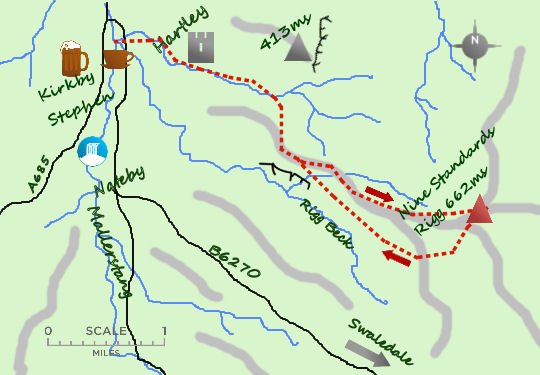 Town centre or it is possible to drive to the road end through Hartley where there is limited parking at NY 799074, thereby saving a good 4 miles road walking.

Wet, wet, wet. This is a notoriously wet and boggy hill and subject to some erosion on the paths. From the summit I have suggested an alternative coming off just to the west of south. Finger signs then direct you back onto the coast to coast.

Kirkby Stephen is a market town with a good variety of eating and drinking places.