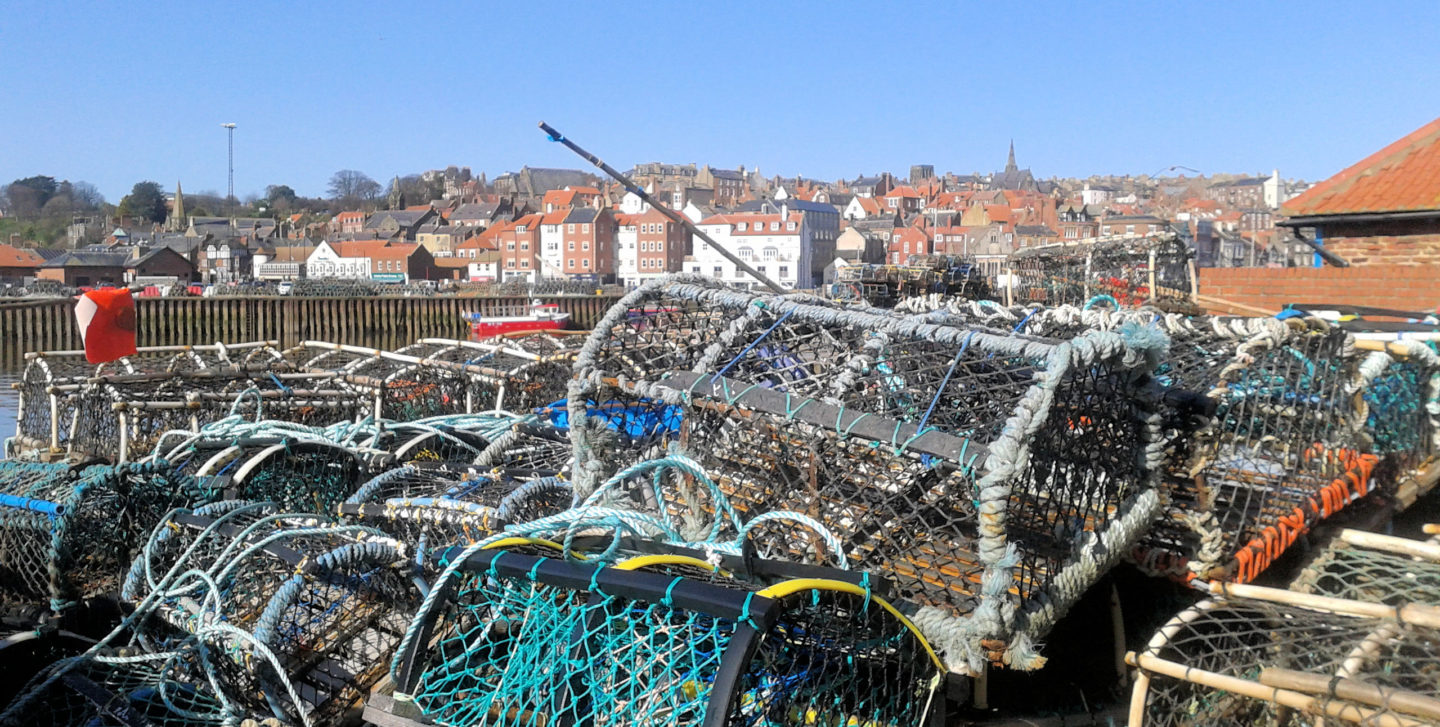 Take the bus from Whitby and return via the lovely coastline. Robin Hood’s Bay to Whitby is one of the most enjoyable sections of the North Yorkshire coast finishing at the splendid abbey on the cliffs.

The short stretch of coastline from Robin Hood’s Bay to Whitby has some wonderful views and typical coastal walking. The up and downs are not too bad (except Maw Wyke Hole) and the path generally in good condition. However it is the memorable ruins of Whitby Abbey that become increasingly oppressive as you approach the town. As a result it is the best way to approach Whitby, excellent views of the town replace the abbey views on arrival at the abbey. It is just a shame the bus does not continue to Ravenscar. Here the spectacular views and gradual down hill walk in to the ‘Bay’ would enhance the walk. However rather than Robin Hood’s Bay get off the bus at Fylingthorpe, its a better start.

Towards Whitby there is a lovely sandy bay at Saltwick. This is accessed via a steep path from the caravan park. Away from the sand look out for the remaining bow of a ship wreck and if you have time head for the rock pools and some fossil gathering.

Stay on the bus to Fylingthorpe so you can walk down to the wonderfully named Boggle Hole. It is worth the extra effort as it is a lovely spot and from there you can approach Robin Hood’s Bay directly.

The X93/93 leaves Whitby Bus Station every hour and takes 20 minutes to Robin Hood’s Bay and a further 5 minutes to Fylingthorpe.

The best approaches to the abbey are along the road rather than cliffside. The quiet lane runs a 100 metres inland from the coastal path.

NZ 943050. From the Old School at Fylingthorpe head south along a minor road until it crosses the Old Railway. From here turn left along Marks Lane towards the coastthen after200 metres right along the lane to Boggle Hole.