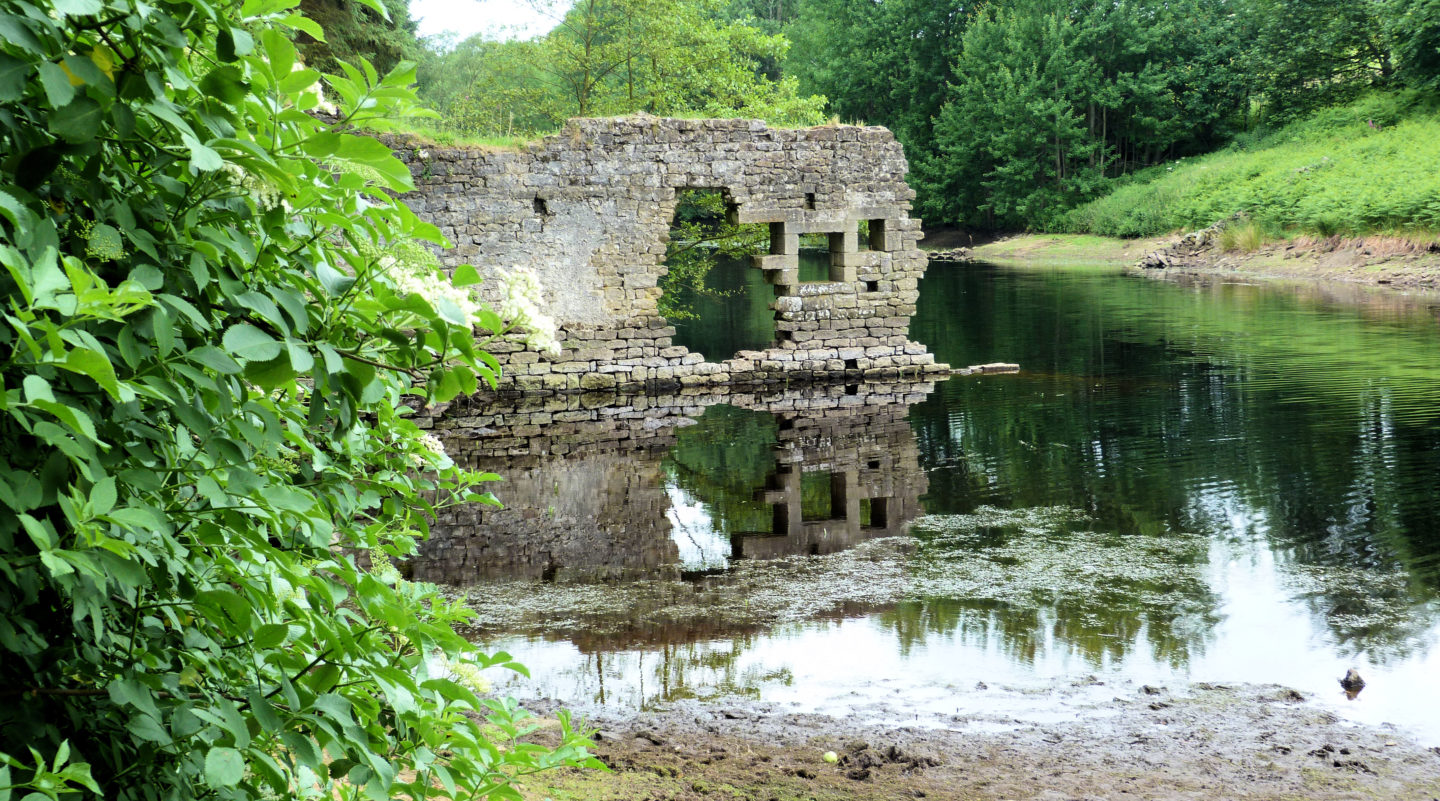 Starting at the dam the walk around Thruscross Reservoir initially follows the shoreline. After some remains from the dam creation the walk takes to the moors above the reservoir.

There is something peaceful and satisfying about any walk that circles a reservoir. The peaceful element comes from the wooded shorelines and tranquil waters whilst the satisfaction is from an obvious physical feature that can be completed in a relatively straightforward walk.

Thruscross Reservoir has the additional benefit of some varied walking; in particular there is some wild country at the northern end. The River Washburn leads in to some wild moorland and for a mile the walk passes over the heather clad moors, fine in the warm summer sun but I am sure it could be  bleak place in a winter storm! The reservoir itself was completed relatively recently (1966) but did still require the flooding of a largely derelict village (West End). The remains of the flax industry, largely the mills, that West End was built upon can be seen along the north western shores.

As the highest of the four Washburn reservoirs this makes for some lovely late evening light for the budding photographer.

On the northern arm of the reservoir a new path follows (marked orange on the map, a permissive path) keeps inland. This deviates from the previous path by the wall. 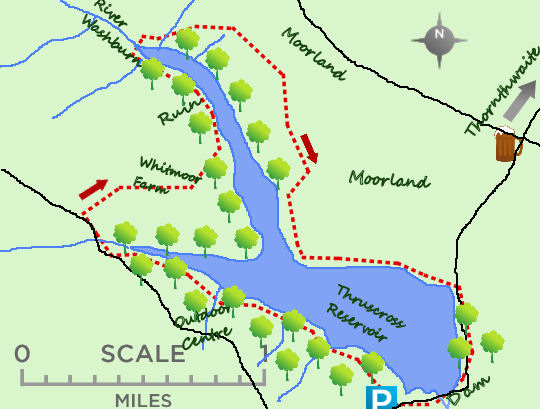 From the Yorkshire Water car park head for 50 metres away from the dam and turn right on a path in to the woods.

A mix of woodland paths, moorland an some intermittant paths to the North West

This is very much a picnic walk, plenty of lovely spots to stop in.