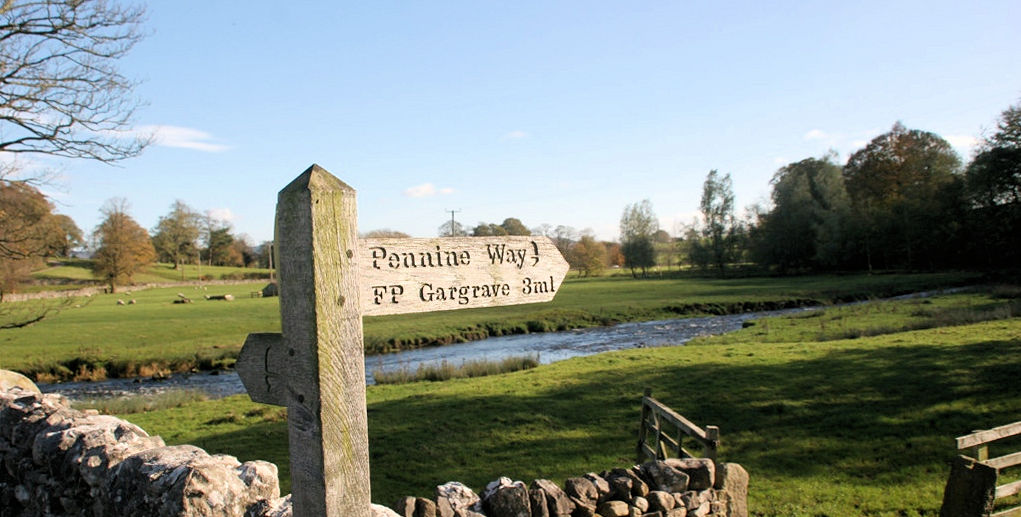 Airton and Kirkby Malham are two attractive villages to the south of popular Malham. The walk along the riverside follows the Pennine Way before returning over the farmland to the west.

If one percent of the traffic that headed for Malham even paused to appreciate the twin villages of Airton and Kirkby Malham I would be surprised. They are missing two little gems connected by a small section of the Pennine Way. The Way runs alongside the River Aire. The fields to the west with their long distant views of Malham Cove. The lands towards Gargrave mark an alternative return.

However I found the enjoyment of the walk in the two villages of Airton and Kirkby Malham. Poke around all the nooks and crannies of both villages but particularly explore the church and grounds of St Michael the Archangel in Kirkby Malham. The walk passes by the private but very impressive Hanlith Hall. It is set in extensive grounds and apparently first built in 1668 by Robert Serjeantson although it has been renovated many times since.

The old mill down by the river at Airton has been developed into private apartments but is also an impressive site. Originally a corn mill it later became a cotton mill in the early 19th century but financial problems soon caused its demise and dereliction. Away from the twin villages the walk is very pleasant and left me with a feeling of wanting a bit more – the Pennine Way is not all bleak moorland and bogs!

Despite starting in a sprightly manner the ageing Bracken (my border collie before Mist) could not make the return. I had to carry her some of the way. I always look up a little sadly to the fields over Kirkby Malham.

The path on the return starts over the river at the church in Kirkby Malham. Follow it south past a woodland and a small stream. 100 metres beyond the stream cross the stile on your left. Follow this for 400 metres east to a corner of a wall. Here the path turns right towards Airton. It is not obvious on the ground. 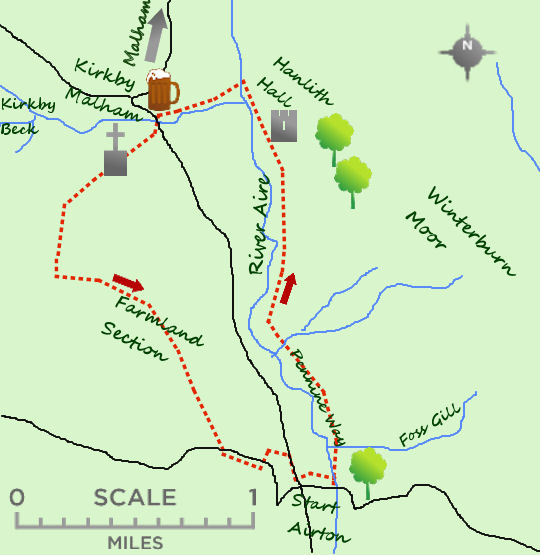 I prefer starting at Airton and walking 'up' the River Aire but for those who want to finish at a pub Kirkby Malham is the obvious starting point.

Good throughout if a little difficult to follow on the fields to the west. Can be very wet though.

Despite its exterior I find the Victoria Inn in Kirkby Malham a really top notch pub, particularly on a cold winter day. In Airton the Town Town End Farm Shop doubles as a tea shop and is excellent.

A walk at Malham Tarn