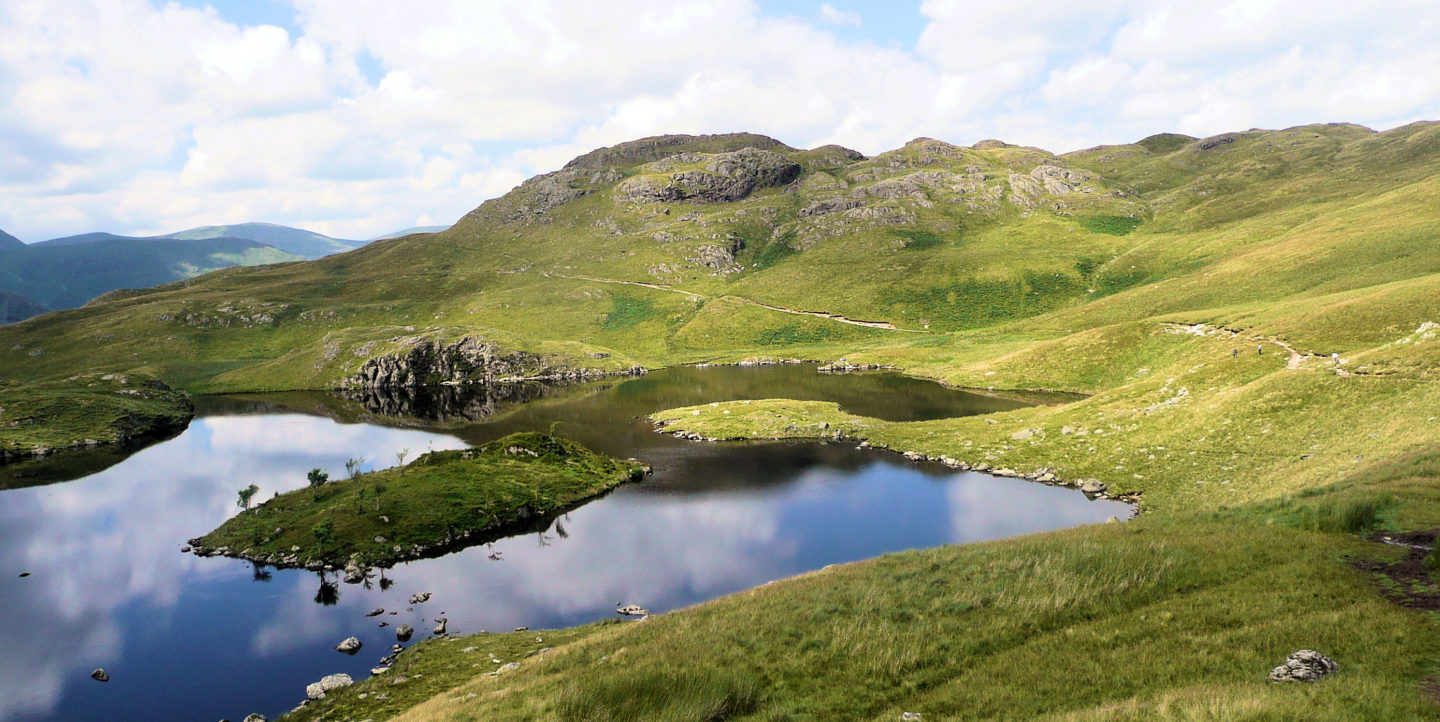 Home > Walks > The Martindale Round

The Martindale Round is a Lakeland walk over excellent fells which is rarely done. Starting near Howtown the route covers Angletarn Crags and the lesser spotted Beda Fell, Rest Dodd and the Nab.

I completed a walk on Beda Fell in Martindale a few weeks ago and felt vaguely unsatisfied. Not so much due to the quality of Beda Fell itself, which is lovely, but the feeling I that there was more to do. Further on Angletarn Crags is one of the most enticing spots in the Lake District, the small rocky twin summits providing fabulous views both near and far. Further on the route passes over the bulk of Rest Dodd before descending steeply to the north. The graceful peak of the Nab is the final fell but only after a short battle with some peat hags.

Heading for the Nab caused Wainwright a moral dilemma in the past. Before the right to roam act in 2000 the landowner was not keen on any walkers on his land. There was no right of way so he was entitled to stop visitors. It is not the case any more. Cross the wall on its right edge and continue through some peat hags before a short climb arrives at the summit. The descent is more challenging. Heading directly north from the summit leads to some very steep land, possibly dangerous in the wet. It is therefore best to return a couple of hundred metres and head west to join a path heading to Dale Head farm.

The Nab is the home for a herd of Red Deer. I have spotted them on each of my visits and they make for a pleasant sight. They are said to be the purest herd in the country.

Navigation Tips on the Martindale Round

After Angle Tarn the main track climbs to a boundary wall. Cross the wall and soon after take the fainter path veering off to the left. This heads up the steep slopes of Rest Dodd. It is easy to miss. 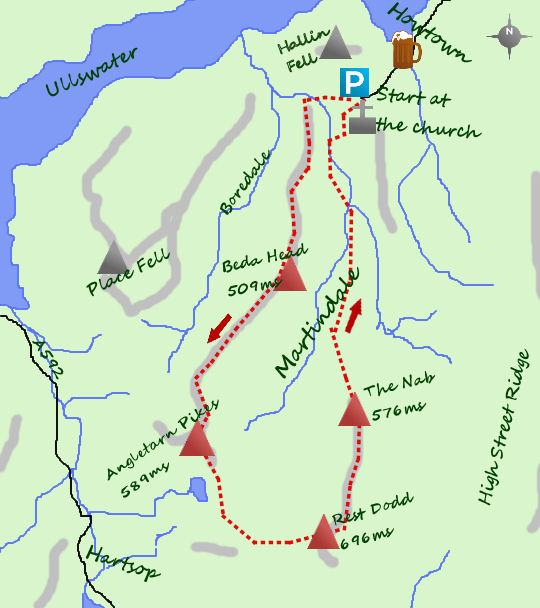 The Howtown Hotel is the only option in town but Angletarn Crags is perfect for a picnic on a nice day.

The Beauty of Ullswater