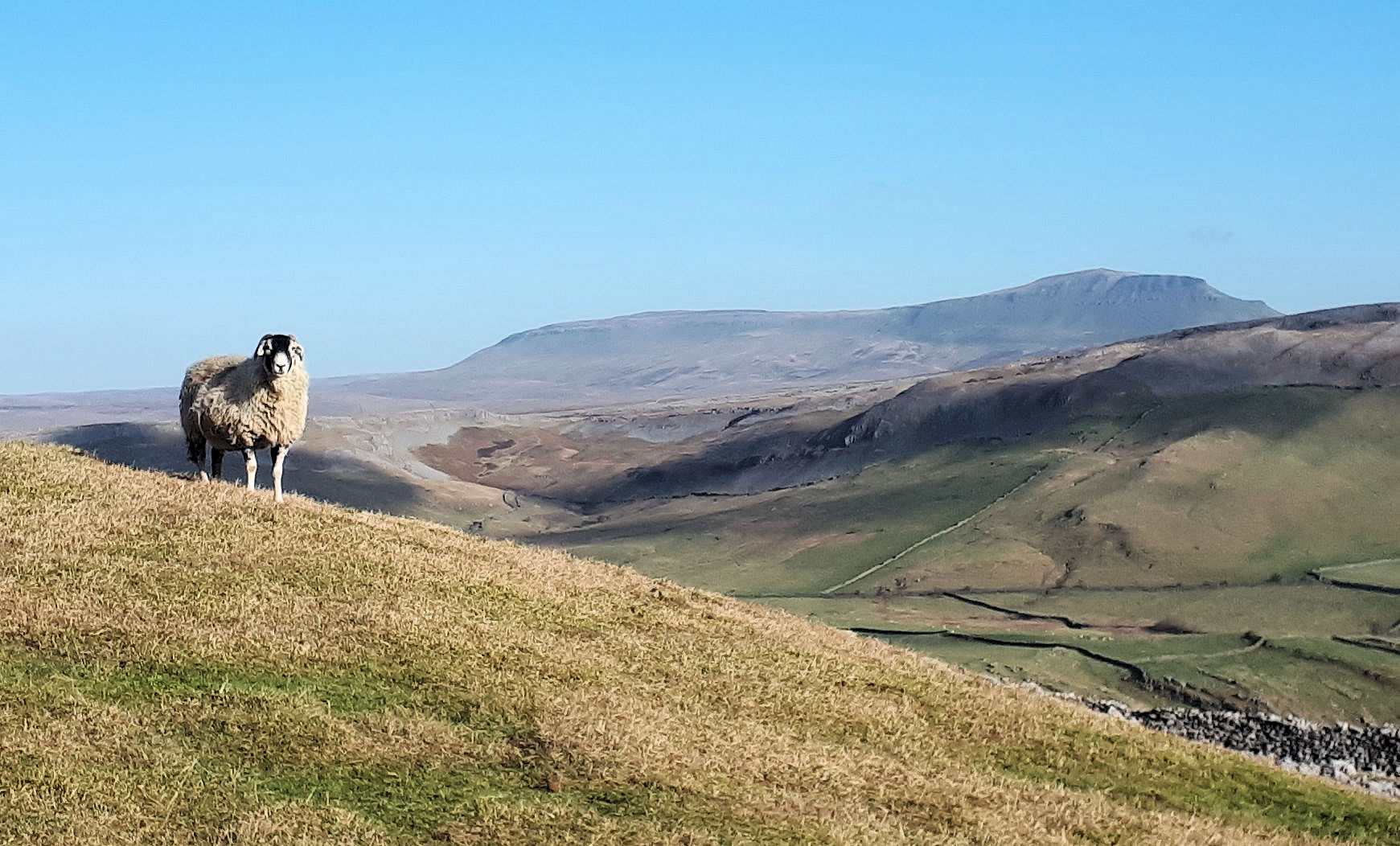 If I was ever asked to summarise the Dales landscape at its best then I would describe the Austwick and Crummackdale walk. It is a geological lesson come alive.

The walk described starts with a short pull to a series of large boulders known as the Norber Erratics. An erratic translates as ‘a boulder in the wrong place’. You would expect that the erratics are limestone in origin, being in the midst of spectacular limestone scenery. However they are not. The boulders are of Silurian stone and were left when the glaciers retreated in the last Ice Age, they may have been transported tens of miles. It is quite possible to tell which rock type is which by the colour of the moss which grows on it; the older Silurian sandstone has green moss whilst the more recent limestone grows white.

The view from the limestone pavement on Long Scar reveals a vast panorama starting from the summit of Ingleborough to the north west. From here turn north east through the Moughton Scars with Pen-y-Ghent beyond. Nowhere is Pen-y-Ghent seen so well as from the top of Moughton Scar.

The return via the village of Wharfe is usually done at speed due to the high walls of Green Gate Lane. However the track is good and Wharfe another near perfect Dales hamlet.  There is a very popular picnic place before arriving at Wharfe where the lane meets and crosses Austwick Beck.

The limestone scenery is all encompassing in Austwick and Crummackdale. Therefore the exposed pavements and scars of white rock are everywhere, none better than the crossing over Moughton Scars. It is part of the Ingleborough Nature Reserve, the most wonderful example of limestone pavements in England.

In addition to the exposed pavements the limestone has left scars (mini cliffs). Here the retreating glaciers from 15,000 years ago (not long) ripped out chunks of the earth leaving the rock exposed and revealing the scars. These scars are constantly crumbling which is why there are often piles of roc and stones at their feet. Farmers from times past used these to build the many dry stone walls of the area.

If you need to shorten the Austwick and Crummackdale walk drop down to the farm at Crummack after the Norber Erratics. Return to Austwick via the Pennine Bridleway.

Over Norber and the erratics the path is intermittent unless you stick to the sheep track on the eastern edge. However it is straightforward to leave the track and wander amongst the boulders and stick to the crest. This has good Ingleborough views. Also stick close to the path overlooking the scar on Moughton Scars. 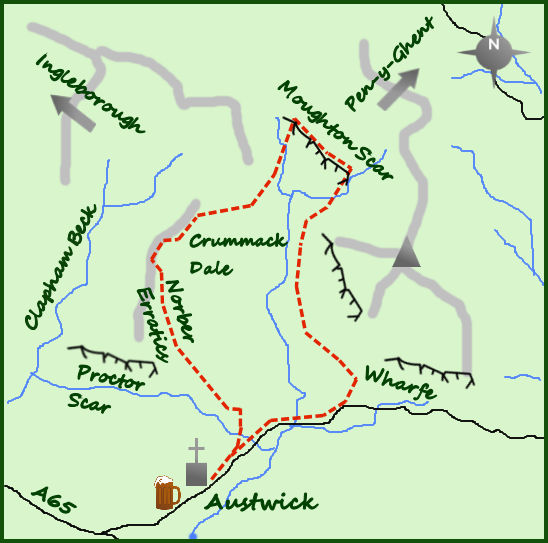 Park roadside in Austwick. The walk starts by taking you through Town Head and a left on to Thwaite Lane and first stile on to the hillside.

Limestone can be superb to walk on in dry conditions but slippy when wet. There is a sheep track that sticks to the east of norber in wet conditions.

There is no pretty tea shop in Austwick but a pleasant pub called the Game Cock Inn. A pint of Thwaites in the sun here is a pleasant way to finish the walk.